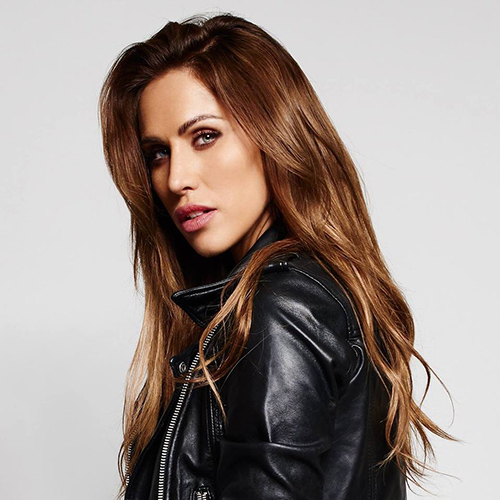 She is one of the most hardworking and naturally talented producer/DJs in the scene right now, and the good music keeps flooding in. We are of course referring to Helena Legend, who has just delivered another banger in the form of ‘Storm’. Check out what she had to say about the track, and plenty more, below.

We think ‘Storm’ is an outrageously wicked tune. When did you start working on it?

Thank you! So glad you guys dig it! I started working on ‘Storm’ around 3 months ago. It was a really fun track to make – the process of this track actually started with sound of the drop,  finding the right vibe, then it was about creating a riff that worked well with that particular sound. The breakdown in this particular track though is my favorite, it creates a really good feeling on the dance floor and that was my aim behind it. It also has really good energy and feels big on the floor, without being too obvious ‘big room’, which is what I wanted to achieve.

You just played at the massive Storm Festival in China – how did the tune go down?

The track went down really well and the crowd was extremely responsive to it, which was fantastic. It has been interesting playing in Asia each year and each year seeing how much bigger dance music is becoming. The crowd reacted so well to everything, not just stuff they have heard on the radio, which used to be the case.

What has been your craziest festival appearance this year?

My craziest festival stage this year was in Montreal. It was a unique setting in the middle of Montreal city centre, and was all ages, so in the crowd I could see young families, kids, ravers as well as 70 year old couples loving the music. It was absolutely tipping with rain which only added to the atmosphere, music was truly uniting people from every background young and old. Canada in general is amazing to play in, the crowds there just get it.

You recently remixed Arty’s ‘Up All Night’, is there anyone else that you’re really keen to rework  at the moment?

I have just finished a remix for Nervo, which I’m so stoked about, I love the girls and I have a lot of respect for what they have achieved. The track is sounding pretty massive, I have been playing it in all my sets and it goes off – so really looking forward to this coming out next year. I have also just re-worked one of my favorite old house tracks, I won’t say which one yet, but it’s got a Latin flavor to it. It’s not quite finished, but I’m really happy how it’s coming together, it’s got a really fresh vibe.

What inspired to name rebranding to Helena Legend? (We obviously think you’re a legend)…

Thanks! Haha! Though that wasn’t my inspiration behind it! The rebrand is something that has been in the pipeline for the last 3 years, however it’s not that easy to suddenly just find another artist name or even to add to it. I went through every baby name book on the planet trying to get inspired – I didn’t want to lose any momentum of building ‘Helena’ these last few years or for people to say “Who the hell is Helena Jones?!” – if I were to just take a random surname. Having a single girl’s first name as an artist name was causing me issues on social media and on music platforms, as there are too many ‘Helena’s’ in the world. I outright refused to accept the title of “DJ Helena” which I would have had to start officially using. Building as an artist, I needed a brand name that was more my own that would carry me much further than just being a DJ, and a name I could get on all my social media handles. I finally decided to bite the bullet and change, ‘Legend’ was the name of track I released a few years ago. It already had meaning to my followers and made my name more unique.

Are there any plans in the pipeline for next year that you can share with us?

For 2016 I have already been putting my game plan into place with my manager, Jon Hanlon. We have already lined up most of my tracks going into the first half of next year. I am in a better place with my music than I have ever been, which is exciting. I am also working on my own fashion label, which is something I have been working on for the last 6 months. I hope to launch it early/mid next year, which is really inspiring for me as before I worked in music, I wanted to be a fashion designer and studied design at college. 2016 should be an extra busy year!