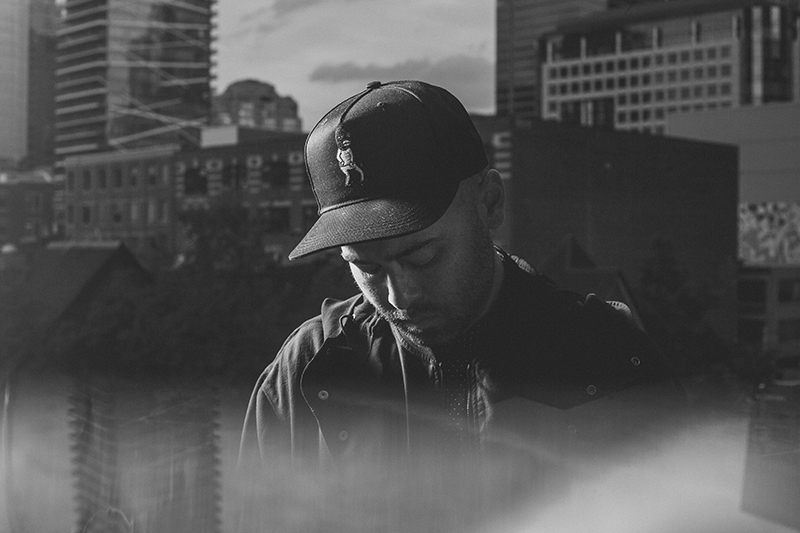 Grandtheft Discusses His Big Year and Quit This City Tour

Fresh off the heels of a massive day-after-Thanksgiving show at New York City’s Webster Hall, Grandtheft will be bringing his North American tour to Los Angeles on Friday night.  In support of his recently dropped EP Quit this City, the Canadian DJ/producer will be hitting up a bevy of club shows across the country.

Between dropping his EP and touring worldwide, 2015 was a milestone year for the Montreal native.  I got the chance to chat with Grandtheft about his hectic schedule, some of his goals for the next year, and even shopping for the holidays.  Like so many other industry leaders, he’s all about improving himself.

Q: You’ve had a pretty busy tour schedule lately, what have been some of the highlights?  Gone any cool places you haven’t been before?

“I tour constantly and I’m so lucky to get to go to a lot of new places on a regular basis. In the last few months I had some amazing experiences in Tokyo, Shanghai and Dubai.”

Q: You dropped “Quit this City” back in October.  Now that it’s been out for a month or so, tell me about the response you’ve gotten from the fans?  Are you satisfied with the results so far?

“I’m super proud of this record. It’s my best work thus far. I spent a lot of time on it and I wanted it to be the type of thing you need to bang in your headphones or car from front to back. It’s varied musically but it has a consistent vibe to it I think. It’s only a few weeks old, but the response has been sick so far. It’s not an in-your-face EP and it’s not exactly “turn up” music. It’s something that will take a bit longer for folks to digest but the melodies and messages in there are reaching people and that’s exciting to me.”

Q: The scene in Canada is exploding right now.  Not only bass music with guys like Zeds Dead and Keys N Krates, but global icons like Drake and The Weeknd.  What has made the scene so potent up North and does that kind of raise the bar for all of you guys?

“It’s so exciting. You can feel that energy and excitement up here in Toronto with both rap and bass music… So much great music and fresh artists coming from this city right now. At the venues and clubs – and the music coming from cars on the street. It’s also rad for me to be in cities like LA or NYC to play a show and still hearing Toronto music coming from cars.  Drake and The Weeknd and even Bieber right now. That’s crazy to me. What A Time To Be Alive [laughs].”

Q: Who is an artist your fans would be surprised to hear you currently listen to, or someone you would want to collab with in the future?

“I listen to that last Tame Impala record all the time still. It’s so sick.”

“I have a couple singles already ready to go, an insane new collab with Major Lazer should be first up in January. A lot more shows and festivals too!”

Q: Are you going to be able to spend Christmas with your family, and how on earth will you find time to get your Christmas shopping done?

“Yes I am so looking forward to some family time and time off the road for a week. Christmas shopping I’ll do the same way as everyone else does, last minute!”

It was a massive year for Grandtheft and it appears he will not be letting up anytime soon.  After dropping a genre-shattering EP, expanding his touring presence worldwide and collaborating with artists varying from Diplo to Migos, Grandtheft made his presence felt in 2015.

Make sure to catch Grandtheft at Create Nightclub this Friday night.  Get your tickets here. Grandtheft will also be making stops in Pittsburgh, Atlanta, and Minneapolis before closing out 2015 with a pre-New Year’s Eve show in Arizona.  After his biggest year to date, look for even bigger things from one of Canada’s finest in 2016.

Make sure to check out Quit This City below.