by Georgia Modi
in About, Editorial, Events, Featured, Reviews, Techno

Time Warp was unique in all its aspects to say the least. The German based festival made its stop in New York last week for the second year and I was lucky enough to get to experience one of the best events I’ve been to in a long time. Taking place the weekend before Thanksgiving my friends and I made the trek out from Chicago to see what the hype was all about.

The first night boasted some impressive names with Black Coffee, Luciano, Seth Troxler b2b Jamie Jones, and the highly anticipated Ricardo Villalobos all among the names taking to the decks on night 1. Upon arriving a bit later than our group wanted to, around 1 am, we were greeted with a large line of attendee’s waiting to get in. With only two lines, one for guests/VIPs and one for GA, it took some time to funnel everyone through security and to exchange tickets for wristbands. It seemed to be one of the hiccups of the weekends with some GA guests waiting over an hour to get inside. While others who arrived later than us ended up not making it inside due to the wait. Thankfully night 2 seemed to move much quicker due to everyone already having their wristbands.

Once through the line it was only a short walk to the warehouse where you could hear the music thumping through the walls. Even from the outside it had the vibe of a true underground warehouse party. To me 39th street pier was an excellent location aesthetically (getting to Brooklyn’s warehouse district can be a bit tough and pricey otherwise), even if it was a last minute change from it’s original location at the Bedford Armory.

Upon entering we were greeted with an easily accessible bar, lockers, and bathrooms all right in front of us with the two stages to the left and right. This created the perfect separation of space and even though they were in the same room technically the sound bleed was to a minimum once you were situated at the stage you wanted to be at. Up first on my must see list was Luciano who was playing on Floor 1, otherwise known as “The Cave”. Adorned with cargo net draped across the ceiling this stage had some of my favorite production. Lights were positioned under the net which gave an awesome effect as the music thumped through the speakers. Luciano played to the crowd, really getting them going with his characteristic Latin American style. 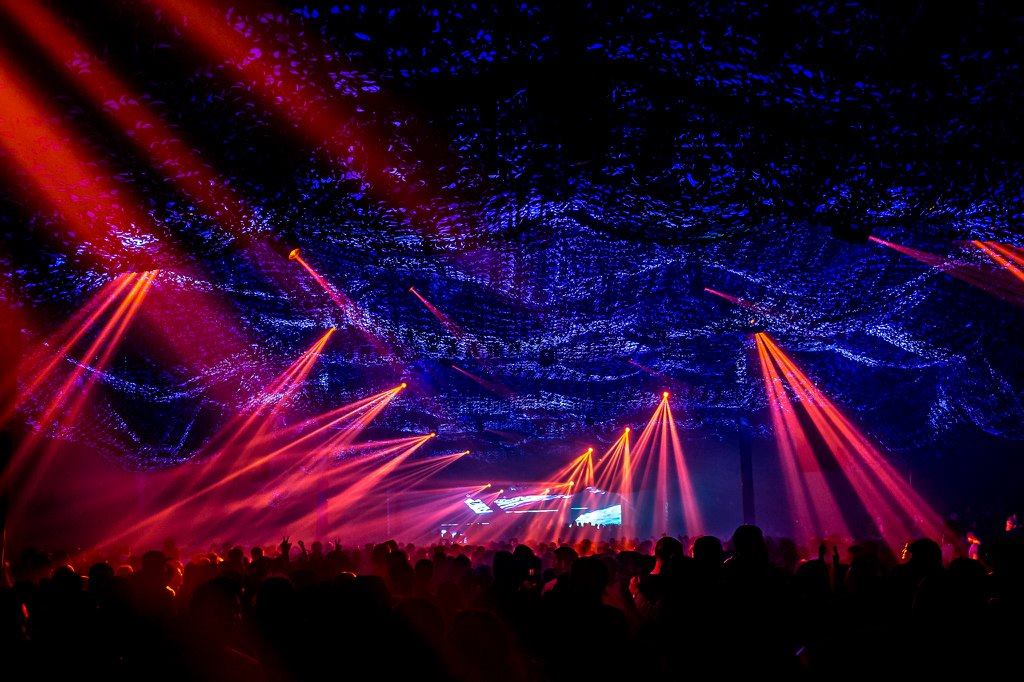 Following Luciano’s minimal yet fantastic set was a choice between Seth Troxler b2b Jamie Jones or Ricardo Villalobos. My friends and I were had high anticipation for Villalobos since the last time he graced the US with a set was back in 2011 at Movement in Detroit. We decided to start with a little Troxler and Jones though since they started off on Floor 2 at 2:00am and Ricardo wasn’t on until 3. While Floor 2 wan’t adorned with the same cave like atmosphere it still boasted a large cinema like LED wall behind the DJs and plenty of lights to set the mood for the party. Once 3am hit we eagerly moved back to the other stage for Ricardo’s Set.

Over the course of the next three hours Ricardo Villalobo’s wow’d and confused the crowd with an array of interesting track selection and mixing. At parts my friends and I would look at one another and say “Is he messing with us?” with the way he was looping and repeating. Being able to be up front and dance the night away during his set was one of the highlights of the weekend. His set was far different than what I had expected to hear but it left me happy to see and hear something so out there. Plus the fact that I was about 5 rows back from the front with still plenty of room to dance definitely made it that much better. 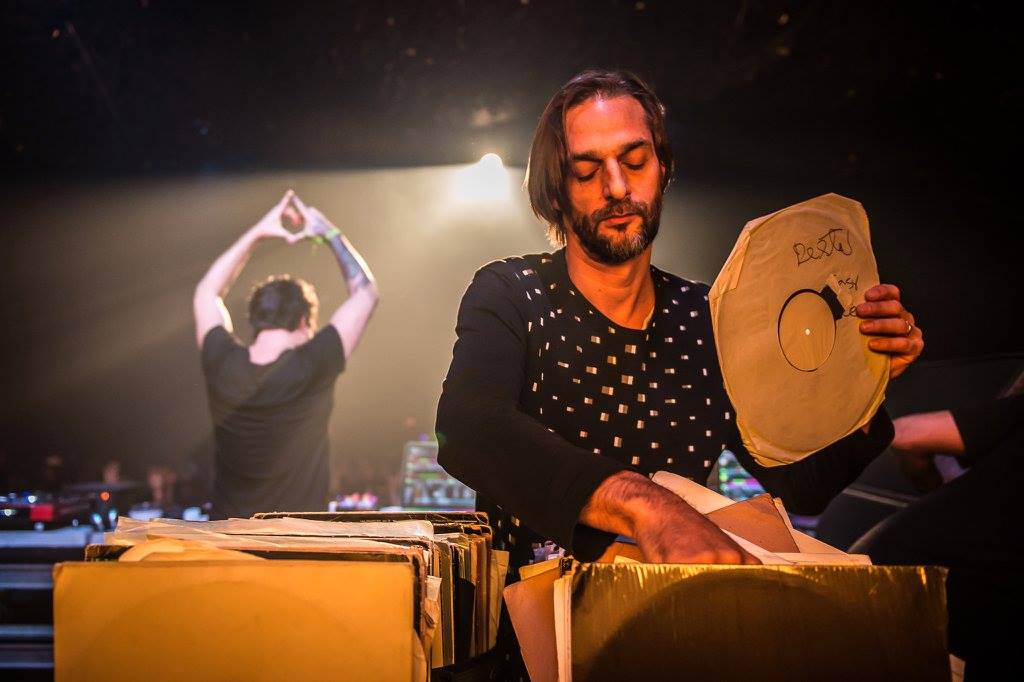 Night two was home to artists such as Apollonia, Chris Liebing, Joseph Capriati, Sven Väth, Tale of Us and plenty more. This night we were able to arrive earlier than the first. Lines seemed to be much more managable for everyone and we breezed right through. First up was Germany’s own Len Faki who blew me away. It was one of the first times getting to see him live and his set was definitely one of my favorites of the weekend. We could all already tell that night 2 was going to be filled with a lot more heavy-hitting tracks than the previous. Next up was a tough choice… Väth VS. Liebing. We ultimately choice Sven since he is far more of a rare sight here in the US, especially over in Chicago. For the second time in a row a German has grabbed out attention.

We were right up front for his set, “riding the rail” as some people say. And the amount of room we had to dance was incredible for where we were. Thank goodness too because Sven kept as all moving for his entire set even when he had to play for a whole extra hour due to Tale of Us being a bit late but none of us really seemed to care. When 5am finally rolled around and it was time for the Italian duo to take to the decks. Many of us were curious what was going to happen since they were slotted to play a two hour set but the event was said to end at 6. Nonetheless we decided to make the best of the next hour no matter what happened. Tale of Us most definitely brought the heat that night with some amazing track selection of heavy techno. 6am came and went and the duo kept playing, unfortunately my friends could not and a bit after the clock hit 6 we decided to call it an end to an amazing past two days. 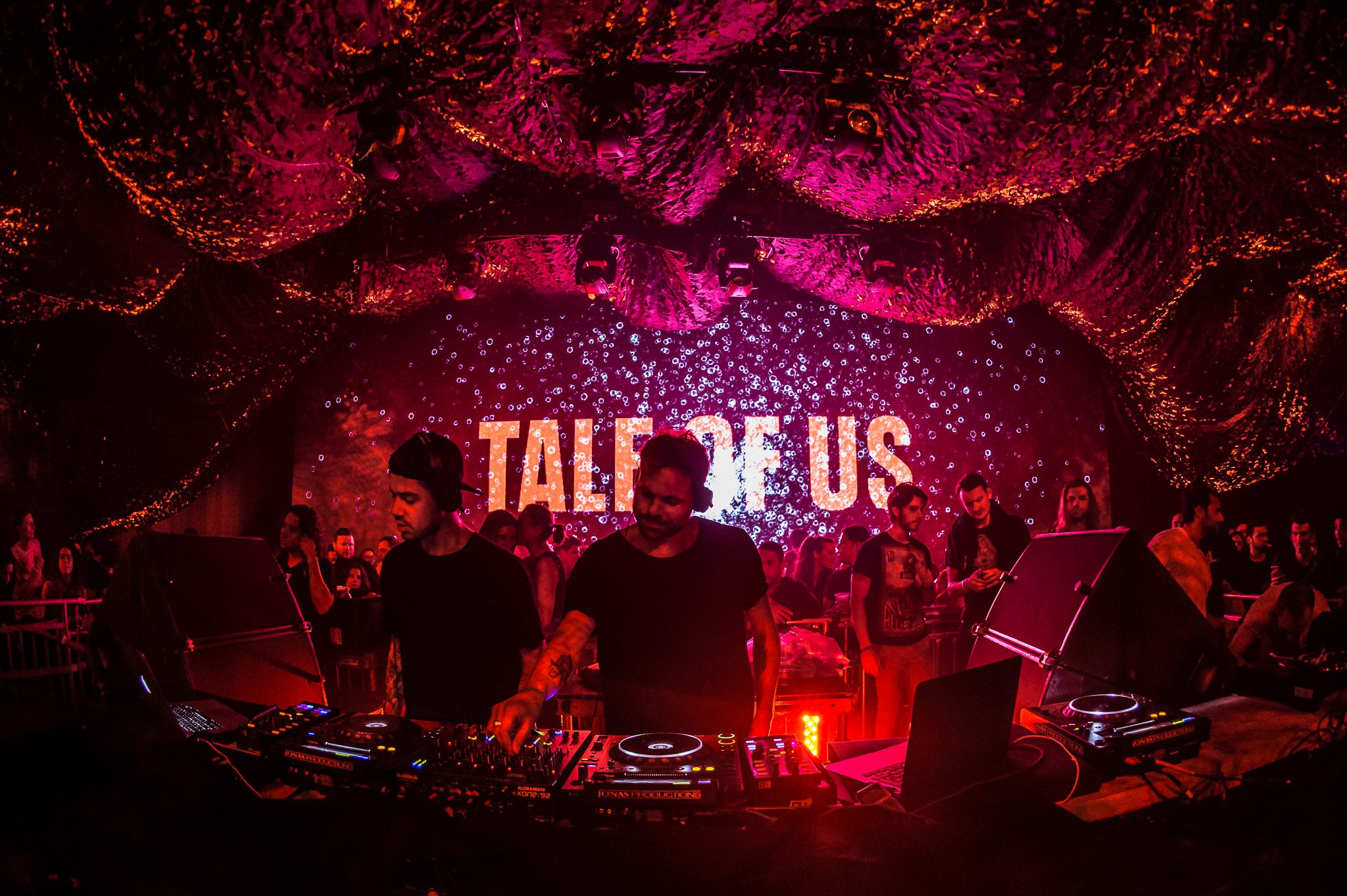 Overall Time Warp was one of my favorite events that I’ve been to in a long time. For me it was definitely worth traveling to another city to get to experience it. Keep in mind though if you are considering it for next year that it can be a bit pricey do to the high cost of things in New York and the later tier ticket prices so keep an eye out for those pre-sales, they save lives! I can’t wait to see what this German based festival continues to do in the future, I can only hope that they continue expanding and bring some amazing underground events to everyone.

For more information check out the Time Warp website.

The Him Ft. Son Mieux – Feels Like Home [Daily Deep]