Opinion: Deadmau5 Speaks Out On Mass Shootings And Gun Reform 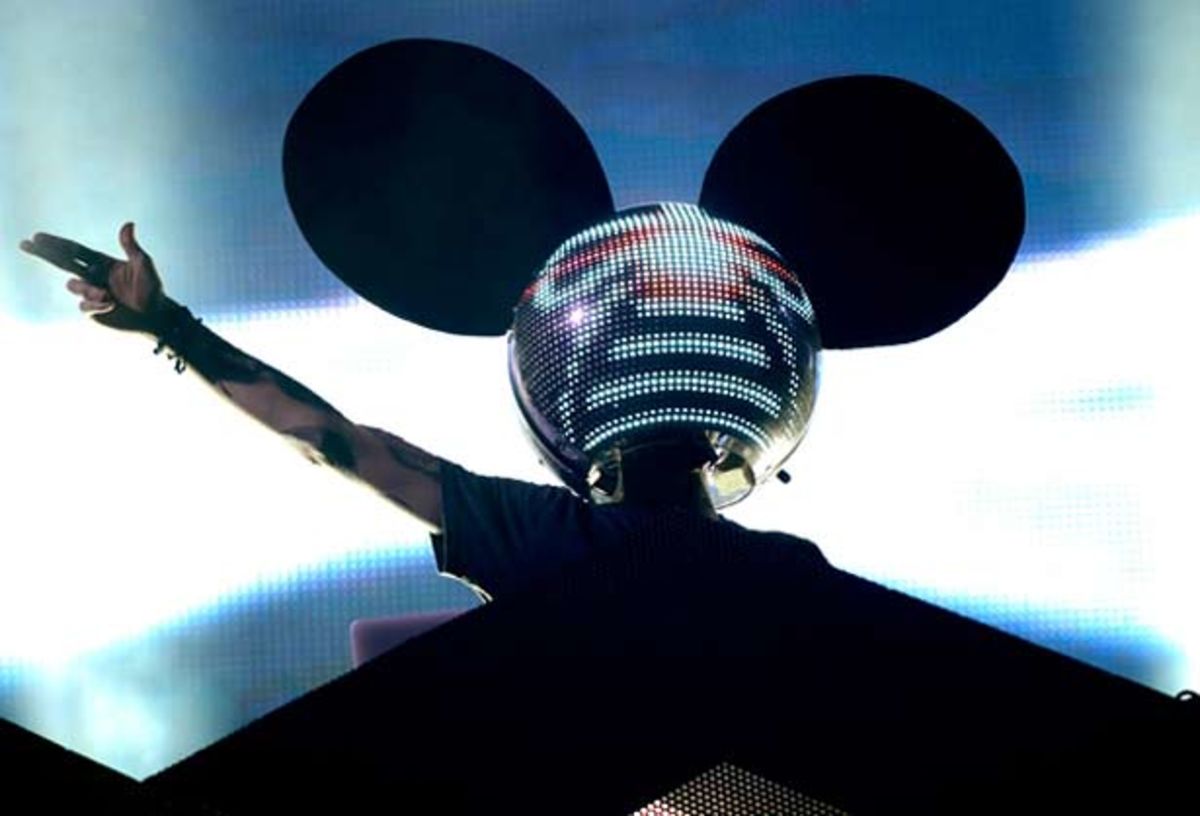 In light of the tragic events that gripped the San Bernardino region, Savannah, Georgia and the rest of the nation yesterday, Deadmau5 took to Twitter to voice his feelings about performing a show so near the Southern California site just a day later. The 2015 Game Awards will be held in Los Angeles this evening, showcasing and comparing the year’s top games and video game-related categories in search of the best of the best. Deadmau5 will take the stage, along with Chvrches, to provide a musical spectacle for the attending crowd.

On his page, Deadmau5 first described the feeling as “awkward.” The idea of engaging in celebration so close to a location still wrapped up agony and confusion, he implied, doesn’t feel entirely right. “We need to talk about gun control,” he said, sparking a tidal wave of support and condemnation from his hearty base of followers.

“Throwing rocks and using colorful language to kill 17 innocent would be more difficult than semi autos,” he said, when asked how gun control could stop a terrorist threat.

As the reception of backlash and criticism grew, Joel stood his ground. He fielded insults to his character and beliefs, responding to them with calm and open-ended clarification. “There are many methods and intricacies to solve a problem,” he said. “I’m not suggesting gun control is a one-stop solution.”

One responder, Twitter user @e_modular, suggested that American communities come together and get to know one another on a more personal level. By doing so, regular citizens will be able to identify the oddities in their neighborhoods, he said, enabling them to funnel help towards those who need it.

Joel expressed his approval, both of @e_modular’s idea and his general mindset towards approaching the problem. “See? That seems like a more viable step towards change. Kudos to you. I hope more people share your ideals.”

User @Corey-McD cautioned them, however, to remember that a “witch hunt” is not what communities or the country need. “Yeah I hear that,” Deadmau5 replied, “I’d be the first on the crazy boat if my neighborhood did an ‘audit’ of sorts.”

When told that, as a Canadian citizen and resident, he should mind his own business, Joel revealed the most central point of truth in the matter: “It’s a humanity issue. Not a regional issue.”

“How about a little less fact checking and finger pointing, and more affirmative ideas towards a solution,” he said, ending the two hour back and forth. “That’d help.”

Something that the American people were not able to experience this week was substantial or sufficient mourning for the lives lost in the several massacres that have taken place since six days ago, when a man shot and killed three people at a Planned Parenthood in Colorado Springs. This week, the attacks came too quickly. The news cycles from the previous shootings hadn’t even begun to slow before new shots rang out in another city, forcing journalists and military resources to cross the country back and forth and abandon the political and emotional focus on the last town’s loss. Dust still hangs in the air above countless locations across our nation; the media, politicians and citizens unable to expend more than a few days, or hours in some cases, of attention or thought before a new tragedy strikes.

One of our worst fears has begun to affect us. We are becoming insensitive and unfeeling toward the mass killings that pop up every week in our country. They are becoming statistics, dinner table conversation starters, and ammunition for everyone with a Facebook account to project their own “stance” on the matter to everyone else with a short temper on their friends list. The issues are beginning to lose their own weight. They are becoming tools for us to use how we see fit.

We are pointing our fingers, coming up with half-baked ideas about how the events might affect the American presidential candidates’ place in the polls, spitting out heartless I-told-you-so’s about the lack of concealed carry licenses in the West, making self-promoting agendas that seek to use the situation as an addition or subtraction from our records of character and beliefs, creating arguments as to how this tragedy compares in its severity or media attention to others in the past. We are making it about ourselves.

Time is needed, after incidents like these, to allow their effects to sink in. To let them affect us, to become angry or sad or confused about them. To feel something and let our consciences tap into the humanity of the situation.

Action is needed, and justice needs to be served. This is something I doubt many disagree with – barring, perhaps, the NRA who paid nearly $20 million on independent expenditures in 2012 to keep candidates from tweeting anything but “#thoughtsandprayers” in response to gun violence.

But for a moment, we should feel something.

I hope we remember the people that were affected by this week’s killings for a good while longer, before they inevitably become canon fodder for political agendas.

Those who lost their lives in San Bernadino are named here:

As Twitter user @IIJERiiCHOII said, the opportunity for Deadmau5 to play a show and bring happiness to those close to a tragedy is something to be proud and grateful of. But regardless, the tragedy must always be addressed and never be forgotten. We applaud Joel for holding his ground and bringing to light concerns that are more important than the public’s reception of them.

The Game Awards, including Joel’s performance, will be live streamed here starting at 6 p.m. PST.