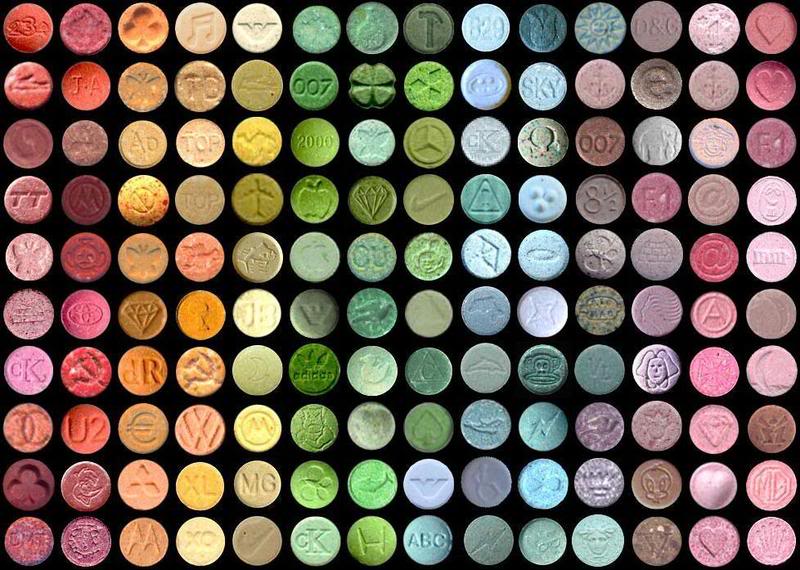 In response to the two deaths linked to Australia’s Stereosonic music festival series last week, Alex Wodak, physician and director of the Alcohol and Drug Service at St. Vincent’s Hospital in Sydney, and Gideon Warhaft, former editor of the NSW Users & AIDS Association’s (NUAA) User’s News, published a piece in The Guardian that seeks to dismantle some of the misconceptions associated with MDMA.

Sorted into a 10-point list, Wodak and Warhaft lay out the most commonly asked questions, answering them in a concise and scientific manner. Concerns about MDMA safety, its regulation and future in Australia are all addressed.

Below, we’ve attached several of the author’s responses. For a look at all 10, click here.

1. Why do young people with everything to live for take drugs like ecstasy?

For many young people, taking ecstasy is a very enjoyable experience, particularly at dance and music events. These young people consider ecstasy is a better, gentler and more social drug than alcohol, especially in dance music settings. Indeed, ecstasy is not associated with violence while alcohol is often linked to aggression and anti-social behavior.

When most people buy ecstasy they hope to purchase MDMA, a psychoactive drug with weak stimulant and hallucinogenic effects. MDMA was used in the 70s and 80s as an adjunct to psychotherapy before being classified as dangerous after recreational use of the drug increased.

3. Is MDMA really a dangerous drug?

While all drug use, recreational or otherwise, can cause harm, pure MDMA is one of the least dangerous drugs known. Indeed, it is much less dangerous than drugs like alcohol, tobacco or cannabis. MDMA is rarely habit-forming. The vast majority of people only take MDMA in the context of dancing or partying. MDMA fatalities do occur but are extremely rare in comparison with the hundreds of thousands of doses taken every year in Australia. Professor David Nutt, a distinguished expert, was sacked from an official UK position for estimating in 2009 that the risk of death was greater from horse riding than from taking ecstasy.

4. But three people have died after taking ecstasy in Sydney this year. How can MDMA be called “a relatively safe drug”?

People have died after taking what they thought or were told was MDMA. But was it really MDMA? Because MDMA cannot be obtained legally, the black market manufactures the drug with unknown quality controls and expertise. Sometimes dangerous variants to MDMA (PMA or PMMA) contaminate the sold product – and these contaminants really are dangerous.

5. Are people “stupid” taking pills assumed to be MDMA when they might not be? Isn’t this, as a senior NSW policeman said, “just playing Russian roulette”?

No, people taking ecstasy are not taking stupid risks and they are definitely not playing Russian roulette – which carries a one in six chance of dying. But even when taking “street” ecstasy the chances of serious harm are still small, despite the inherent risks of consuming a black market product. There are about a dozen ecstasy deaths per year in Australia though every week tens of thousands of Australians take the drug. One of the reasons so many people keep taking ecstasy is that they know from their own experience and that of their peers that there is a very high chance that they will have an enjoyable experience and only a tiny chance that they will end up in hospital or die.

6. Some commentators advocate a “cultural change” so that ecstasy taking would stop thereby providing a solution to the recent spate of deaths. Will this ever happen?

No it won’t. Ecstasy is here to stay.

People will continue to use drugs like ecstasy much like they continue to use alcohol. We have more chance of “nudging” people to less risky behaviours if the drug is even partly regulated.

If Australians were willing for our country to become a police state like Singapore, it is possible that the use of ecstasy would decline considerably. Otherwise, where there is a demand, there will always be a supply.

7. What about cigarette smoking? Haven’t we seen a cultural shift with fewer people now starting to smoke than ever before?

Yes, we have. But that’s after considerable credible scientific evidence that smoking really is very dangerous. Here the Russian roulette analogy does apply: about 50% of smokers will die from a tobacco-related illness. And nicotine is also much more habit-forming than MDMA.

8. If MDMA is not as dangerous as claimed, why aren’t we finding other useful things to use it for other than recreation?

We are. There is some evidence that MDMA may be useful for treating people with post-traumatic stress disorder. Current trials in the USA use MDMA to treat veterans with PTSD from wars in Iraq and Afghanistan. Getting official approval for medical research using MDMA has been impossible until recently.

9. Why don’t we regulate MDMA manufacture and distribute it in nightclubs and dance festivals under close supervision?

On the one hand, authorities justify their (ineffective) crackdowns on ecstasy by arguing that because MDMA is manufactured and distributed by the black market it must be terribly dangerous. On the other hand, when confronted with advocacy to regulate MDMA manufacture and distribution, the same authorities tie themselves in knots trying to argue all drugs (except alcohol and tobacco) are too dangerous to even consider regulating any new drugs.

Australia should scrap saturation policing with sniffer dogs at youth music dance events and follow the Europeans: we should allow drug checking and evaluate the benefits and costs.

It won’t eliminate all risks, but will almost certainly reduce them.