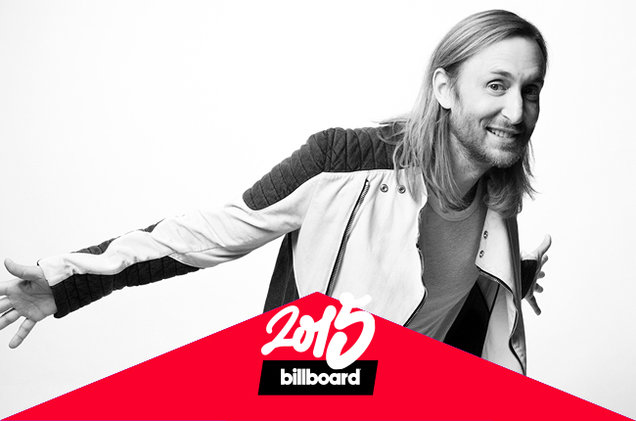 To most people, the top artist of the year will be the one whose music you like best, or listen to most. For most people, this kind of rudimentary metric is sufficient. To Billboard, the information goes much deeper.

Looking at peak chart position, weeks on chart, overall performance over the year and more, Billboard has named David Guetta their Top Dance/Electronic Artist of the Year.

To most of us on the outside, this would seem like an absurd choice – he’s been mired in controversy following his alleged racist display at f*** me i’m famous, as well as a lackluster performance at Coachella. His biggest single to date, “Hey Mama,” however, has scored handily in Billboard’s charts placing #1 for eleven weeks on “Hot Dance/Electronic Songs and ends the year as the chart’s No. 3 title,” and it is also earns the No. 1 Dance/Electronic Digital Songs title of 2015. Listen is also “the No. 1 Top Dance/Electronic Album of the year.”

On the other hand, you have “Lean On” from Major Lazer, DJ Snake and MØ which notched #1 on Hot Dance/Electronic Songs hit of 2015, spending 18 weeks at No. 1 during the chart year. Peace Is The Mission is undoubtedly the better album overall, yet according to Billboard, it ranked lower in sales and reach than Listen from David Guetta. And yet, despite Peace Is The Mission at #2 and having one of the most streamed songs of all time, Major Lazer isn’t second on the Top Dance/Electronic Artist list. They’re not even third.

That goes to Calvin Harris and DJ Snake, respectively. Major Lazer is fourth.

Harris had three tracks in this year’s Top 10 – “Outside,” “How Deep Is Your Love,” and “Blame” – the only artist to do so this year. DJ Snake’s collaboration with AlunaGeorge, “You Know You Like It” (which came out in 2014), was ranked #4 on Billboard’s Hot Dance/Electronic Songs list, below “Hey Mama” in third, “Where Are Ü Now” in second, and “Lean On” in first.

If you’re confused at this point, it’s okay. So are we.

It might be wise for Billboard to narrow down their categories or at least provide a legend to readers before choosing end of the year lists, because this seems like a giant mess. Streaming and charts are complicated in their own rights, there’s no need to compound that with confusing metrics and (seemingly) illogical choices. It would also do to have a broader explanation of the artists in the winning categories, just a thought.