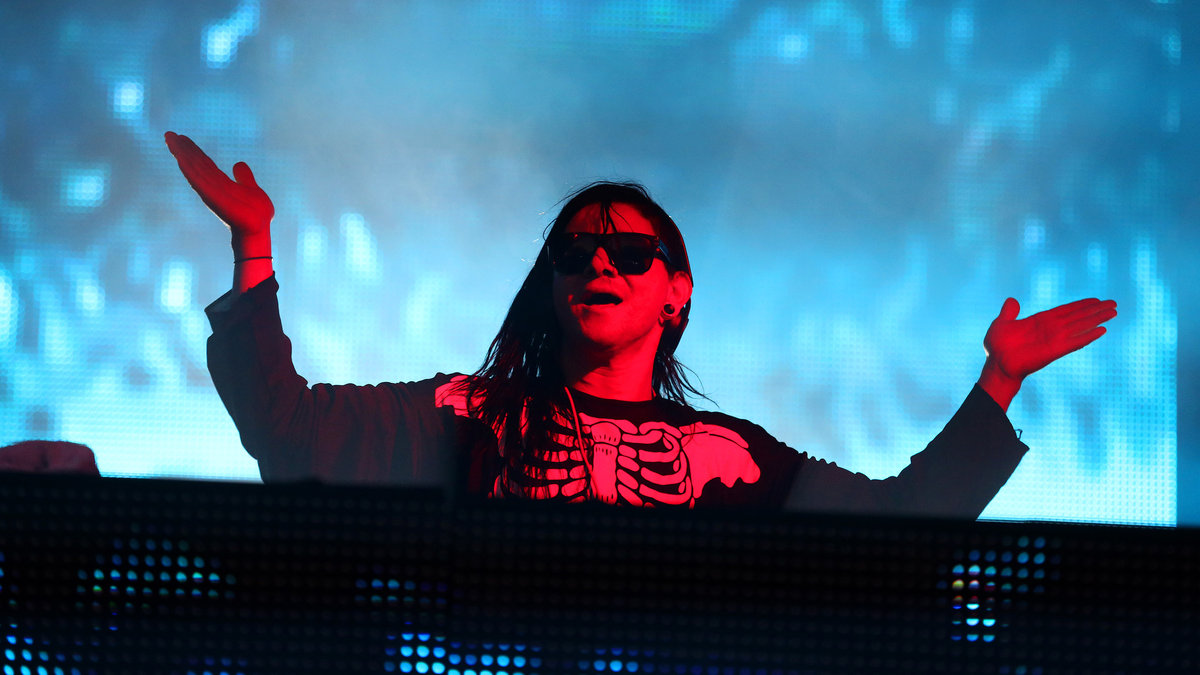 Back in 2011, after a particularly scathing interview released by The Guardian titled “The Most Hated Man In Dubstep,” Skrillex swore off interviews. “It was the beginning of my career,” he said, “and I was definitely a punching bag for purists, but I just wanted to make music.”

Now, four years later, Sonny Moore has finally returned to give it another shot. In an interview with writer Peter Robinson, Skrillex remembers his last year in music. Focusing on the production of Justin Bieber’s album, his own musical influences, and even personal stories about his childhood, it seems that whatever beef existed in 2011 has all but subsided.

For a look at the full interview, click here.

Hi Sonny, if I’d come up to you five years ago and told you that in 2015 you’ll have produced half a Justin Bieber album, how would you have reacted?

“I’d have been really excited! I’ve never had an ill thought about that guy, even when he got in trouble for egging someone’s house. I think we all grew up with way worse kids than that. It’s been a turning point for both our careers in that we both did something new together. All the best songs of all time are collaborative: the Beatles, Michael Jackson with Quincy Jones, Tupac and Dr Dre.”

When did you last feel victorious?

“Well. When we won at the AMAs recently. To be quite honest, I’d never paid attention to the AMAs because it’s the biggest names in pop music; I’d never had that sort of attention before.”

“Dej Loaf is really talented, Goldlink is amazing. There’s an artist I just signed called Marshmello, he sounds like nothing else. He’s about to do his first tour and he’s sold out every show; he’s so viral but so organic. He’s just done a great remix of Adele’s Hello. It’s going to be a huge year for Marshmello.”

Are you easily embarrassed?

“Actually, when I was about eight, I did get pantsed in the schoolyard. I get the “naked at school” dream a lot. I used to have a dream where I’d be wearing a T-shirt that comes up past my belly button, and I’m walking around school with no pants or underwear, just trying to pull my shirt down enough to cover myself.”

“If music can make a positive impact on somebody – even if it’s a child and it was meant just for that – and if you’re spending a lot of money on making people happy, that’s got to be better than spending money on war.”