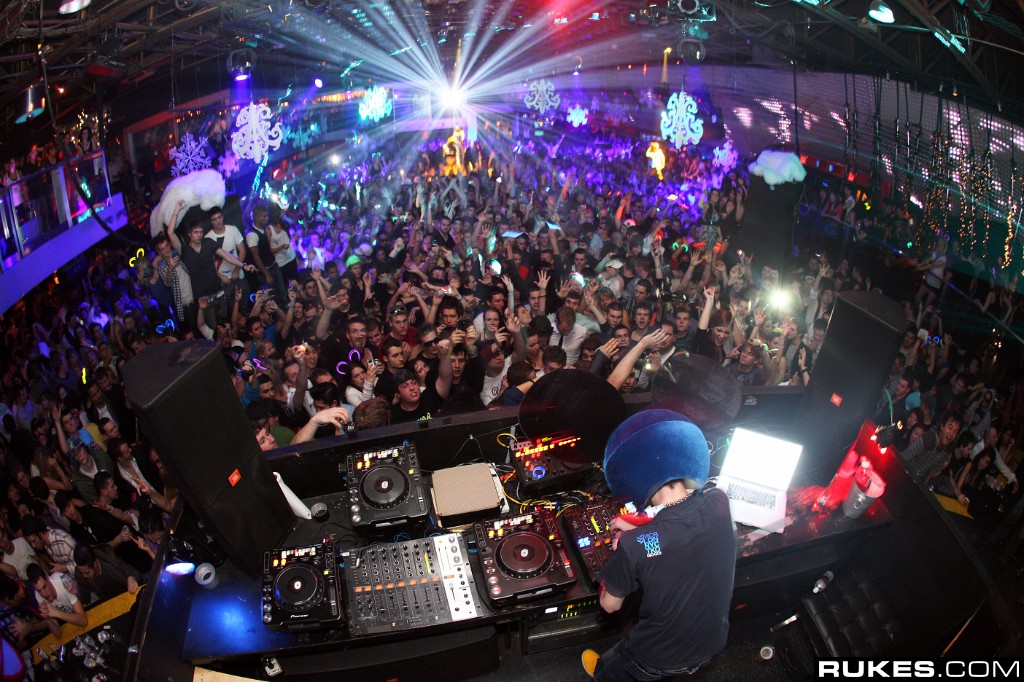 It’s been almost a year since The Guvernment shut its doors once and for all. North America’s longest-running entertainment complex, which featured a maximum capacity of over 5,000 people, closed its doors in style after 19 years as the undisputed king of Canada with a three night b2b2b showcase featuring Armin van Buuren, Knife Party, and Toronto’s very own Deadmau5 back on January 23/24/25 of this year. Since then, Toronto’s spent the last year trying to find a spiritual successor to the nightclub. INK Entertainment, the owners of The Guvernment, founder and CEO Charles Khabouth believes he has finally found what he was looking for with the upcoming closure of another Torontonian nightlife staple, Sound Academy.

As it stands now, Sound Academy is one of the oldest venues in Toronto. That hasn’t stopped EDM staples such as Hardwell, Carl Cox, Steve Angello, ODESZA, The Chainsmokers, Armin van Buuren, Deadmau5, and many, many more from taking to its stage in just the past six months!

That said, you have about 30 days left to check out Sound Academy if you haven’t already, as January 2016 will see the club close its doors in its current state for the final time before its full remodel into “an exceptional, premier world-class space to function as a state-of-the-art live concert venue, a versatile corporate event space and a spectacular dance space for club nights.”

Per Alessandro Munge, the principal designer for INK’s creative partner Studio Munge, weighed in on this project:

“The main of objective of the remodel was not only to deliver a visually striking platform for guests and headliners, but to elevate their collective experience to new heights of hedonism.”

The new venue, which is still to be named, will also feature two floors with private VIP access, sprawling views of the city skyline and a seamless connection to the luxury outdoor lounge, Cabana PoolBar – which has seen its own fair share of EDM shows as a Torontonian summertime hotspot. The venue’s main feature will be a 65-foot stage with an expansive installation of LED video walls. Charles Khabouth is eager to incorporate much of what he’s learned in 30 years into the entertainment space of this new club.

“My vision for this space was to create something with Alessandro that is mature and sophisticated, both in the way that it looks and functions. Ultimately I wanted to design a space that creates a complete sensory experience for our guests.”

As somebody from Toronto who had the pleasure of going to The Guvernment for multiple events prior to its demise, I can tell you firsthand that there was an atmosphere there unlike anything else in Toronto. Granted, it’s literally been less than 365 days, but trust me when I say this – The Guvernment was something special. I fully missed out on all of the finale parties that weekend, and I’m pretty much sure I’ll never get FOMO of that magnitude again, simply because there will probably be nothing of that significance in the dance music space happening again for quite some time – in this city at least! While the renovated Sound Academy does look like it could be the strongest long-term successor, with the current Sound Academy never being viewed more than a stopgap, I’m not quite sure there will ever be anything in this city that comes close to what The Guvernment was.

That said, you can check out some early artist renderings below as well as a ten-minute long mini-documentary by INK Entertainment regarding The Guvernment. Just take it from Deadmau5 himself: “I don’t have any memorable moments at The Guvernment that would be like okay to say on camera!”