Opinion: Enough With The Pseudonyms, Just Make Your Music 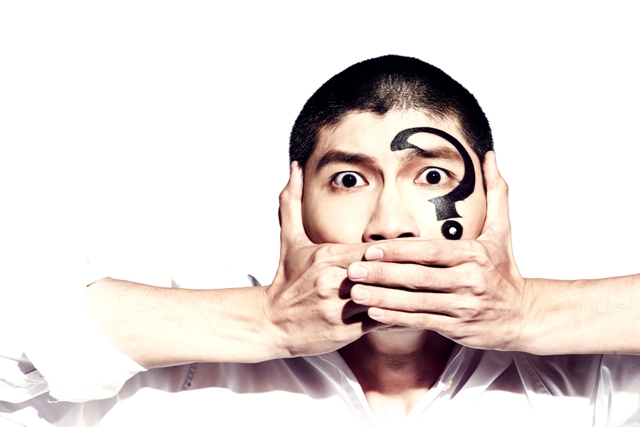 I’ve said it before and I’ll say it again: in the dance music industry, aesthetic is everything. Never before has a music movement been so closely attached to the Internet culture and all of its quirks, memes, slogans, slang and marketing techniques. (Is it lit, fam?) We all enjoy sitting back and laughing at the often ridiculous lengths some producers go to to appear interesting and Internet savvy – trap Vs instead As, sentence-long song titles on Soundcloud, endless photos of themselves riding on footvapes, meme advertising on Facebook, remixing viral Vine videos, giving shout outs to pizza as if liking it is some kind of inside joke, etc. – but in the end, the fanfare is all because of the great music behind it … right?

Earlier this week, Walmer Convenience wrote a much-needed opinion piece on 2015’s wave of anonymous producers. Once upon a time, they say, anonymity was treated as a refuge for important thinkers to challenge the established order and speak freely upon complex and controversial topics without fear of personal persecution. It was a necessary veil that allowed new and revolutionary ideas to be released to the public; ones that greatly shadowed the men and women behind them. The actual content underneath the mysterious cover was the thing to focus on, absorb and weigh.

Nowadays, in the music industry at least, being anonymous serves an entirely different purpose. While on paper artists may claim that they want to shield their identities from their clamoring fanbases or feel the freedom to pursue different genres and styles than they’re known for making, the creation of an alter ego is actually little more than a massive marketing play. Using a simple Google search right now, you can quickly join the large portion of the community who knows the true identities of Marshmello, ZHU, UZ and the others. The secrets aren’t very well hidden. But for those attracted to the mystery and intrigue of a DJ with a mask on, the frantic obsession easily trumps the music itself.

As Walmer Convenience so blatantly puts it, “The music was just generic (though well made) big room festival trap with a twist of being played by a guy with a stupid marshmallow face.”

In the age of the Internet – and in order to gain some real traction – artists are virtually required to both produce decent-sounding music AND have an interesting, online-suited persona. If things start slowing down with their regular act or they simply want to capitalize on the fact that they’re able to produce trap and deep house, producers can easily make up a new name, throw on a Spongebob costume and become an instant “success” overnight. By taking this route, and refraining from trusting their already established base of listeners to enjoy something different, they are essentially using a gimmicky image to direct attention away from the music itself. If artists and their teams are itemizing, commercializing and branding an aesthetic image using as much or more effort than it takes to literally make the songs, something fundamental about the entire idea needs to change.

In my opinion, our scene already has enough attention-baiting to fill a stadium. By commercializing consumers’ click-happy Internet behavior and natural curiosity with manufactured mysteries, we are only giving our critics fuel for the fire.

If suddenly putting out a future bass song when you’re usually known to release dubstep is so controversial that an entirely new “project” needs to be created to do so, we also may need to rethink our own rigidity and sensitivity as listeners. All of the music makers that I’ve met, whether electronic or acoustic, are some of the most open people when it comes to genres and different types of sounds. As we’ve seen with countless acts throughout history, musical experimentation is a key factor in shaping the future of the genre, whatever it may be. If an artist who you love and support wakes up one day feeling like writing a soft, piano overture rather than an upbeat reggae/DnB hybrid track like he usually does, who are we to condemn him and force him back into a box?

Bottom line? Just make the music you want to make. If you trust your fans as much as you should, you should feel comfortable throwing them a sonic curveball every once in awhile, revealing another side of yourself in the process. If you start to feel constrained by your own reputation, bailing out and peacocking your way into another fanbase isn’t the right move. At that point, it becomes a compromise for yourself. Not a fresh start.