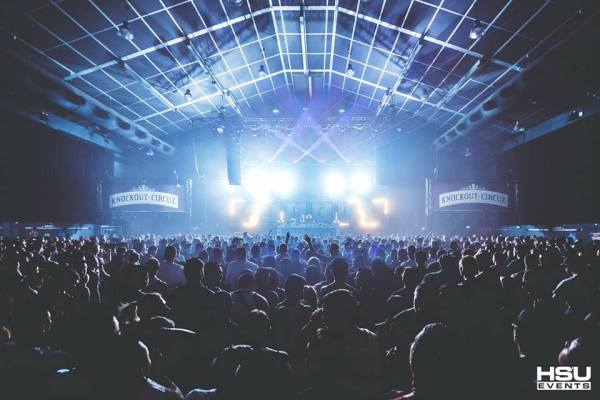 Police have charged 35 people following a drug detection operation at a dance party in Moore Park last night according to a press release by law enforcement officials.

The Knockout Circuz event organized by Harder Styles United commenced Saturday afternoon December, 12th at 3:30 pm. Officers attached to Surry Hills Local Area Command, with the assistance of the Dog Unit, conducted a drug detection operation during the event where they charged and arrested 35 people with drug-related offenses including seven charged for supplying.

During the operation NSW police received reports that three people were treated at the scene by Ambulance Paramedics before being taken to the hospital. While one of the three, a girl believed to be aged in her 20s, remains in hospital, the other two have already been released.

The rave was billed as “the most spectacular and intense indoor rave arena’s HSU has ever created”, but that didn’t stop organizers from putting out their own fair warning via their Facebook page warning patrons of the drug operation and reminding partygoers to “take care of one another.”

At this time organizers have not yet made a comment on the arrests.