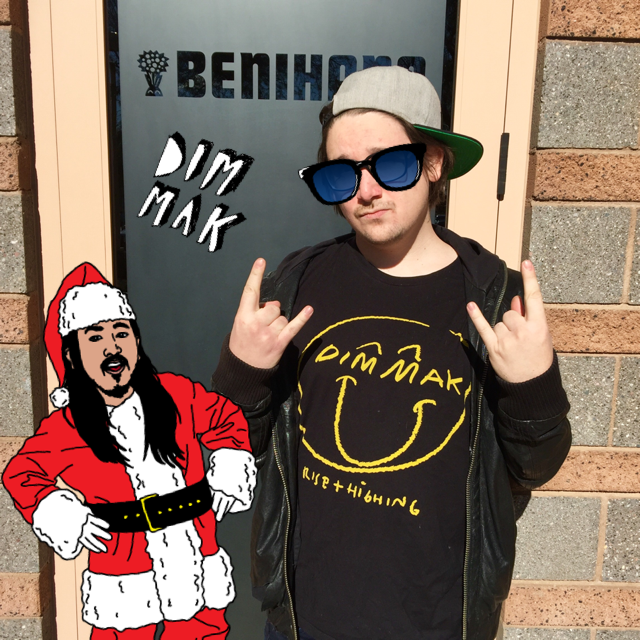 This year has been quite tumultuous for Kris Trindl, better known to fans as RainMan. Mired in controversy and doubt, he has stood above the waves of criticism and has, we hope, come out a better man for it.

Earlier in the year, RainMan could have been seen hanging out with the Buygore crew in Miami, playing his first official set at their pool party for WMC. 2015 also saw RainMan’s first solo tour, touching down in major cities across the nation.

Yesterday, he dropped his biggest bomb yet: RainMan has signed with Dim Mak Records.

We caught up with Kris over email to ask him a bit about the announcement, and what it means for the future.

Around the time of WMC in Miami, you seemed pretty chummy with the Buygore crew, but now we see you signing with Dim Mak. So, what changed? And why did Dim Mak end up being the better fit?

The Buygore team is awesome, and I love the music they are putting out and the artists/DJs they are building. For me though, since I prefer mixing genres and have a history doing crossover and even pop stuff, Dim Mak is a perfect fit. I’ve had conversations with the guys at DM about the importance of the songs I have in my catalogue right now, as well as the more instrumental tracks.

You’ve released three tracks in all of 2015, I think we’re all wondering what you’ve got coming for next year.

In 2015, I’ve restarted my catalogue from scratch. Any ideas or sketches from the years before are part of another lifetime. I made it a priority this year to focus my RainMan releases on beat making and production and not necessarily hooks and lyrics. I’ve still been writing all kinds of music, but only putting out heavy stuff. Kind of my take on the hybrid trap dubstep sound. I wanted to remind any listeners that I make my own music.

I’ve got so much unreleased material right now, 2016 is gonna be a big year for me, I think. I think I’ve grown a lot as a producer over the last year and my work flow has improved. I’ve got music spilling out.

How will partnering with Dim Mak help you to achieve your own personal goals?

Well, Dim Mak has a history of helping lesser known DJ/producers grow and reach a wider audience. I think that they believe in my ability to make catchy songs and we all are excited to share them. Right now, my goal is to get in front of as many people as possible to show them what I’m doing, and release this heat burning a hole on my HD.

Sneak peak of what's coming up in the next year!ID: Rain Man – 'Dope'󾓹: ClintonLane Productions