A “Concerned Citizen of Dance Music” has been sharing some extremely pointed propaganda images over the last few days, and it speaks exactly to what we’ve all been thinking.

After sending an email to EDM.com with a relentless jab at Dimitri Vegas & Like Mike’s DJ Mag scandal, the artist known as Demur is causing quite a ruckus amongst mainstream fans. Settling on a World War II themed aesthetic, and drawing influence from Shepard Fairey, the mastermind behind OBEY, Demur’s propaganda is spurring discussion about dance music’s famine of originality. And the word’s meaning makes it pretty obvious what this artist is up to.

Demur: (noun) the action or process of objecting to something.

We’ve now been tossed another graphic to digest, this time slamming an entire genre at once. Take a gander at the army of Hardwells marching towards the decks, clad in industry V-necks, taut pants, and the no-sock, black Vans combo of Skrillex. It’s clear what Demur is saying with this one, but he’s spelled it out on the supply crates and chimneys in case you missed it. 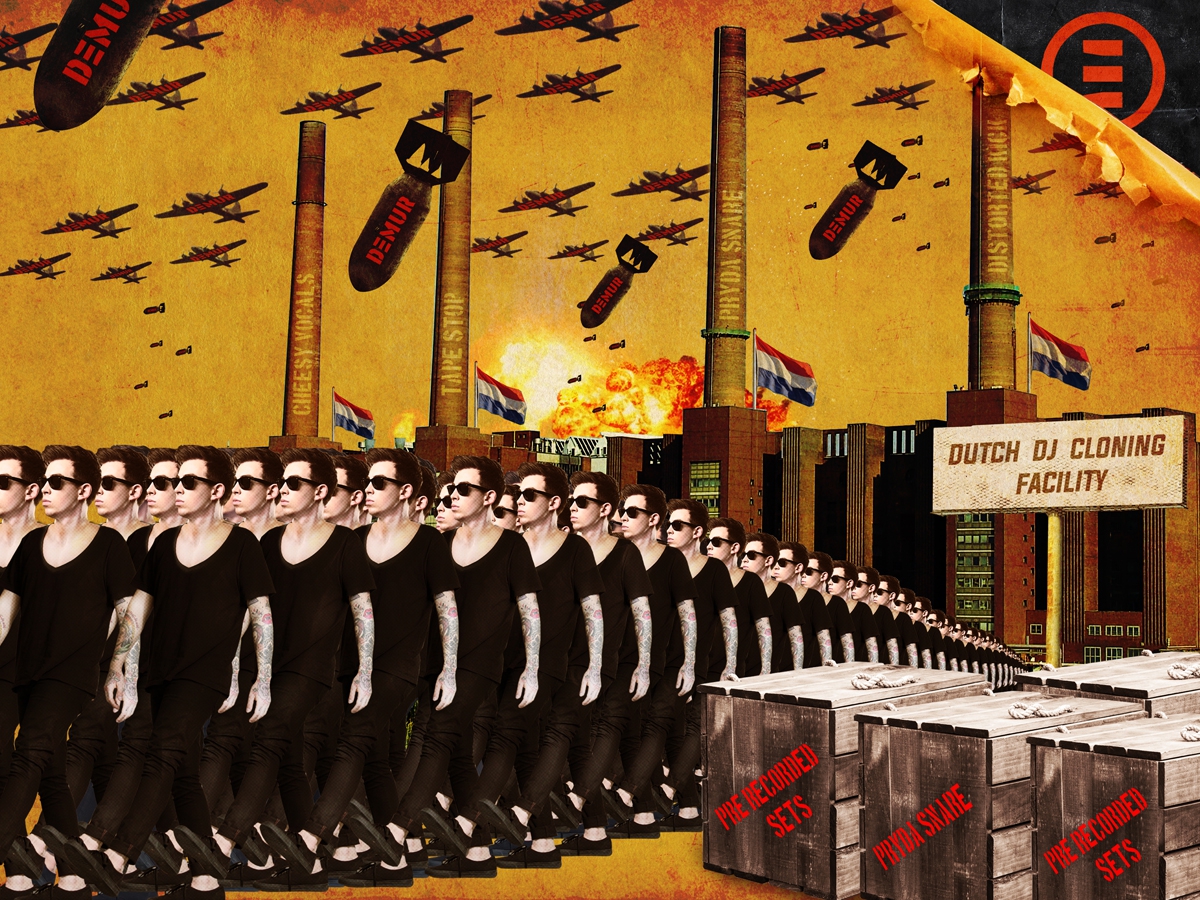 Don’t get stuck in thinking Demur is only pointing fingers solely at big room or progressive house producers; there’s plenty of mimicry happening within dubstep, trap, future house, and a host of other genres as well. The idea is that the majority dance music has become formulaic, unmemorable, and based on image. And while it’s certainly not a crime to enjoy mainstream artists and their not-so-original ideas, as a community, suffice to say we’ve grown tired of being treated like clones ourselves.

Interesting to note is that Demur’s Facebook is listed as a musician/band account, signaling the start of a music project, not just a derogatory campaign. But with this influx of hate, we sure hope this guy can back it up with his productions…