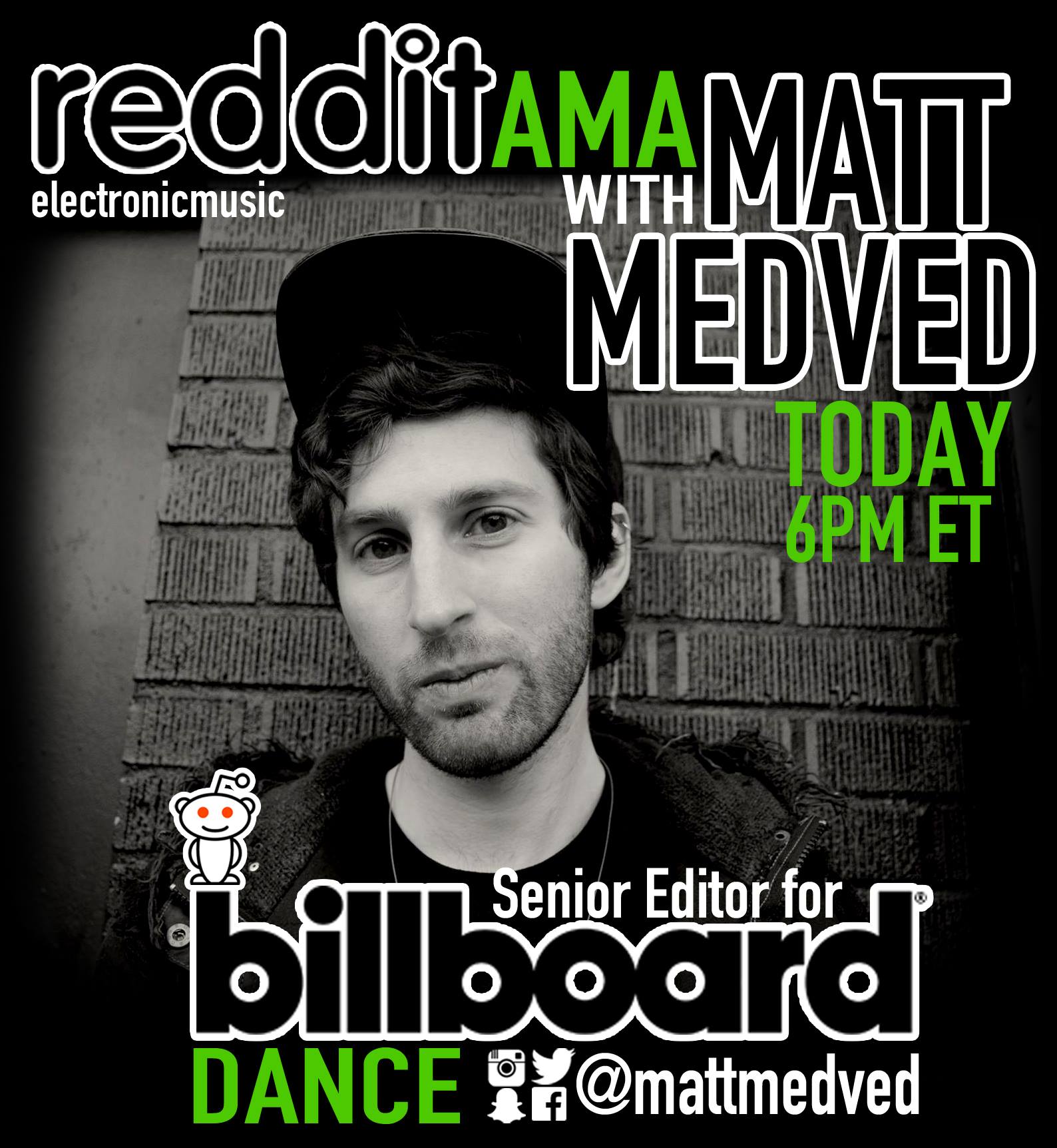 Reddit AMA’s have gained a reputation for being informative, educational, and sometimes even controversial. For dance music, artists are typically the focus, but it’s not often that the AMA subject is an artist, one of the editors of most important music publications, and more. From 6pm ET today (1/14), Matt Medved, aka the Billboard Dance Editor-In-Chief and the producer/DJ Sicarii, will be answering any and all questions that you may have.

To get you prepped for the AMA session, we’ll give you the inside scoop on all that Matt Medved does and has done. As you might have assumed, he leads Billboard’s dance/electronic music coverage, and he launched the new Billboard Dance vertical last May. Being in this coveted position, he holds a lot of responsibility, and he uses it in a positive manner, trying to end the hate between the mainstream and underground, while also helping keep phones off dance floors. Additionally, he’s penned print news breaks on Axwell & Ingrosso and deadmau5, and interviewed artists like David Guetta, Martin Garrix, A-Trak, Guy Gerber & Jamie Jones.

As mentioned previously, Matt produces and DJs as Sicarii, and he’s made a name for himself with his stand-out remixes, like his remix of Maroon 5’s “Sugar,” and live sets that have been heard everywhere from Burning Man to Amsterdam. On top of his music, he contributes to the international music nonprofit Bridges for Music, and in the past, he’s worked for international conflict resolution NGO Search for Common Ground in Nigeria, and as a journalist in Zimbabwe, South Africa and South Korea.

Get involved and participate in this AMA by heading over to Reddit at 6pm ET!