by Michael Dix
in Events, Featured, Worth Sharing

If there’s one thing you should takeaway from this event review, it’s that .Lossless (pronounced Dot Lossless) collective is primed to take the EDM scene by storm. In only their second official show, they were able to book Getter, Eprom, Ekali, Graves, and Gravez at the renowned Belasco Theater in downtown Los Angeles. So how could such a new collective garner such emphatic firepower? According to headman Patrick Alfante, it’s their tenacious drive and interminable love for music.

“Lossless, to me, is more than just a company. It’s a lifestyle; it’s a huge family. Everything in Lossless relates back to life and life’s lessons, breeding nothing but loyalty, respect, and motivation to push not only us, but the other artists in the industry.”

This all-encompassing lifestyle and respect was evident as soon as I showed up for the concert. The moment I walked through the doors, I was greeted by Patrick and his contagious smile. Before I could even ask how excited he was, he had already offered me food and drinks. The entire Lossless team exemplified a devoted, unselfish attitude, along with their undeniable love for music. The kind of lifestyle that scores Getter for the night. 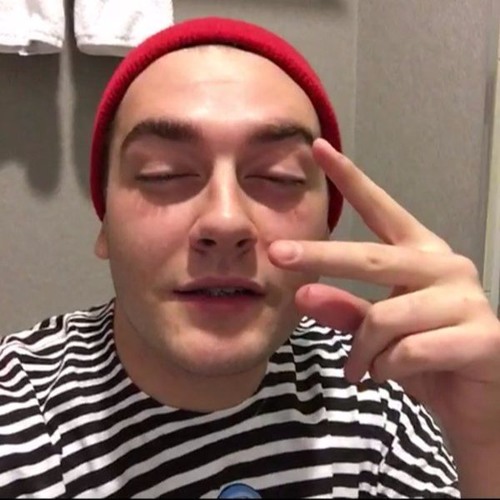 The show featured almost every genre you could think of, ranging from ethereal future bass to face-melting dubstep. My favorite set of the night had to be Eprom’s, as his unique, bass-pounding style left me completely speechless. To be honest, his style cannot be classified under a single genre. His crunchy percussion patterns and complex synth melodies are like nothing I’ve ever heard before, and I couldn’t stop my body from bouncing throughout the entire set. There were some trap songs that forced me to laugh out of absurd dirtiness, and, oh, he opened with his remix of Kanye’s “All Day.”

Getter, of course, closed out the night, and delivered the most mind-blowing, massive set you could ask for. He dropped at least four different EDM genres – including dubstep, deep house, future bass, and trap – masterfully dovetailing them to unveil aesthetic perfection. He even played three or four dubstep drops with no verses in between, accruing a literal two and a half minute period of straight filth. Flume’s “Some Minds” actually made a surprise appearance towards the end of the set, and I’m sure you know how that felt in a crowd of over a thousand head-bobbing people.

The night, as a whole, produced my favorite music-related experience since attending Electric Forest last June. Although the bass-happy DJs were a primary source of this, it would’ve never been possible without the flawless efforts of Lossless. The collective prides itself on a relentless drive, and a determined maxim to provide good music to the people. Each of their members was extremely down-to-earth as well, so I can’t imagine what’s in store for this up-and-coming juggernaut.

“When you see the success and joy of everyone else – not even just your own collective – it serves as inspiration to push ourselves and those around us even further. So why do I do what I do for Lossless? My motto’s always been ‘If I’m eating, everyone’s eating.’ Why would I want to be at the top if the people I cared about weren’t with me?”