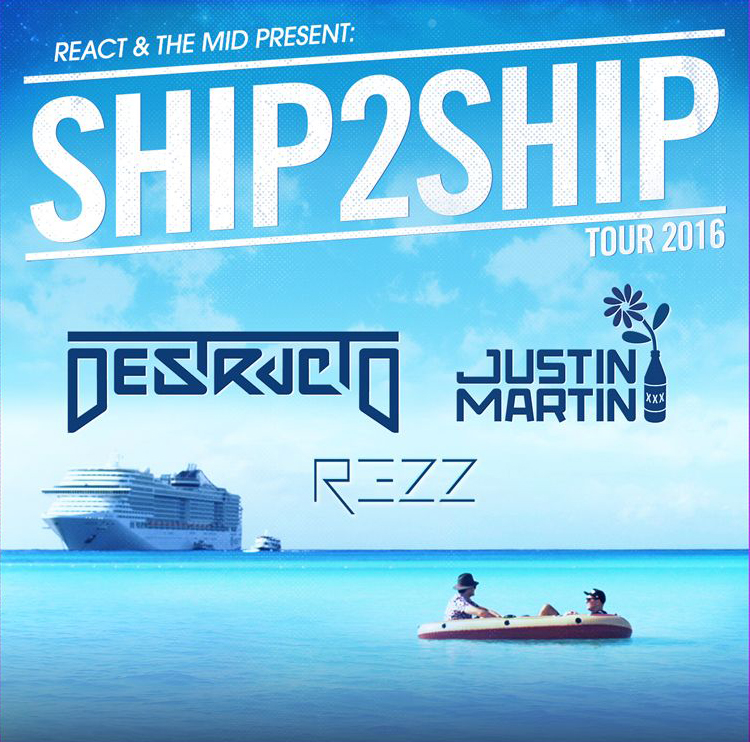 Get Weird With Destructo’s Ship2Ship Fam In Toronto Before HOLY SHIP!

Toronto and Destructo go hand in hand with one another, the producer even describing his “huge love affair” with the city, so it’s no surprise to see him close out the Ship2Ship Tour right here in Toronto before HOLY SHIP! the next weekend.

This is the third iteration of Ship2Ship, which usually finds itself sandwiched between the January and February editions of HOLY SHIP! (which seems like a perfectly good way to start every new year if you ask me). If that wasn’t enough, Destructo’s own event company HARD Events actually runs HOLY SHIP!, making it an incredibly busy two months for both Destructo the DJ/producer and Destructo the businessman.

Joining him at The Hoxton – Toronto’s home of g-house – this Friday, February 5th will be tech house producer Justin Martin and Toronto’s very own “female Gesaffelstein” Rezz . With all three artists scheduled to hit the decks (literally) at HOLY SHIP! the following weekend, this will mark an opportunity for those unable to attend HOLY SHIP! to reduce just a little bit of that inevitable FOMO.

While the next 36 hours slowly crawl by, check out the music video for Destructo’s newest single “4 Real,” which debuted on Zane Lowe’s Beats 1 Show and features guests from the hip-hop/R&B world Ty Dolla $ign and ILoveMakonnen.

Pick up tickets to the final Ship2Ship show here!