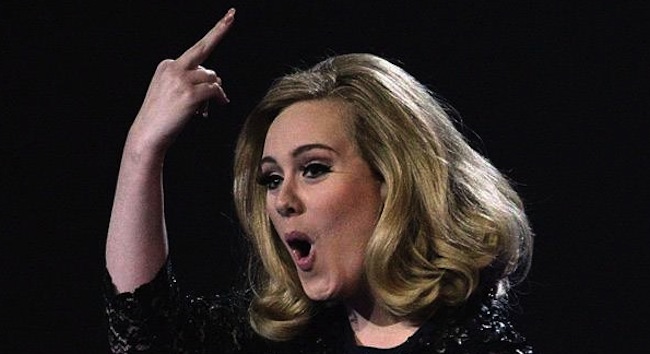 Your EDM StaffFebruary 12, 2016
Worth Sharing

Many publications, including Fortune, Forbes, and Billboard, have lauded the album sales from Adele’s 25 as a turning point for the music industry, a savior, because of just how successful it is. The album has sold over 8 million copies, not counting sales of just “Hello” by itself, and has generated over $9 million in royalties alone.

The substantial windfall of the album is not just to Adele’s benefits, but to her writers and producers as well. Of the approximately $9.6 million in royalties, the “album’s 13 producers and co-producers (many of whom are also songwriters) shared $3.1 million.” For Greg Kurstin, who produced and co-wrote “Hello,” that windfall comes out to about $2.4 million for him. For Mark Ronson, who produced the bonus track “Why Do You Love Me,” the number is much smaller at approximately $45,000.

The album’s success will likely continue to grow with the Grammy’s on Monday, as well.

* Sales of the deluxe edition, available exclusively in the United States from Target, are estimated at 1.8 million. Songwriter splits are assumed to be divided evenly among the songs’ co-writers, based on information from sources with knowledge of the situation or news reports of the writers’ publishing deals, although individual writers’ deals vary widely. In most instances, the songwriters own their publishing and have administrative deals with publishers (an 85-to-15 percent split), except for a co-publishing deal (a 75-to-25 percent split) and two straight publishing deals (50-to-50 percent split). Producers’ royalties are based on the standard superstar producer rate of 4 percent per track for master recordings.