The basic standard for a music festival is three days. It’s perfect for out-of-towners coming in on a Friday and leaving early Monday – quick, simple, and easy. However, many festivals have begun to either introduce or reintroduce four-day events. Lightning In A Bottle this year is actually going so far as five days. And now, for the first time in 18 years, one of the UK’s biggest festivals and likely its biggest EDM festival, Creamfields, will have four days, as well.

Beginning on Thursday, August 26th, fans will be treated to an abbreviated lineup compared to the following days. However, the lineup is still worth considering, featuring performances from Jordan Suckley, Sunnery James & Ryan Marciano, Doorly, and plenty more still to be announced.

The rest of the lineup is equally appealing, featuring headlining sets from Avicii, Martin Garrix, Hardwell, Calvin Harris, Armin van Buuren, Tiësto and more. Of course, Creamfields isn’t just about the mainstream, and you’ll be able to catch the RAM Stage on Friday, Gammer on Saturday, Eric Prydz on Sunday and lots more.

Check out the still-to-be-completed lineup below. Find more information and buy tickets on their website here. 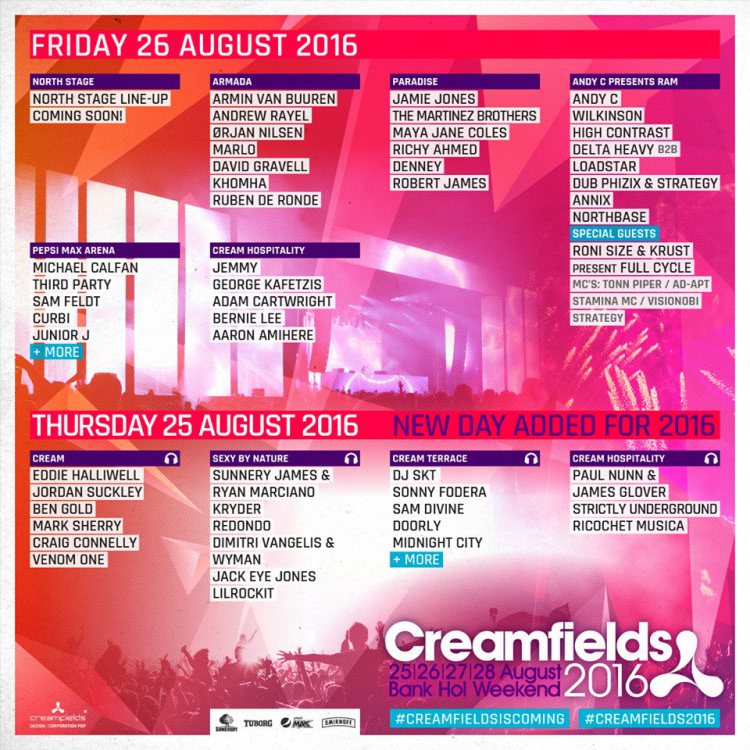 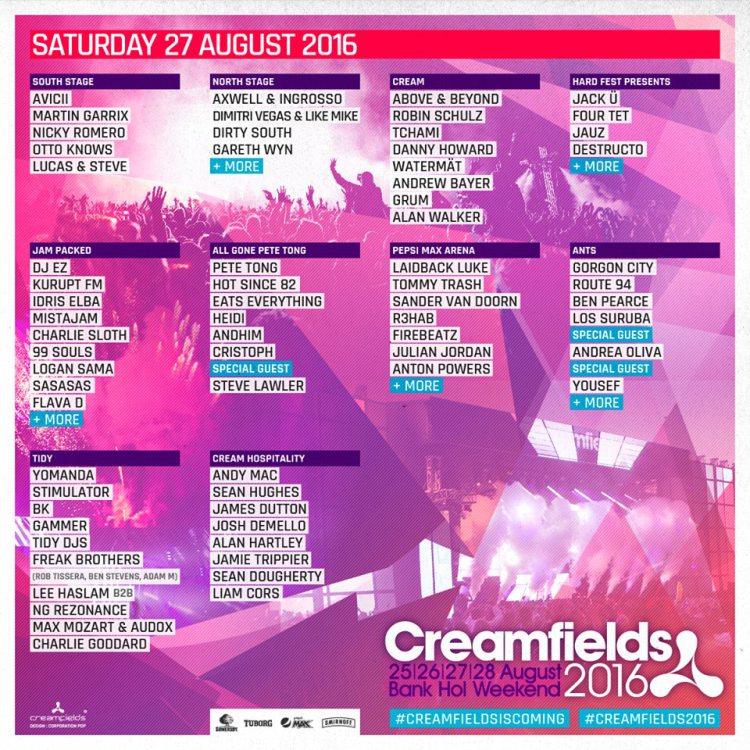 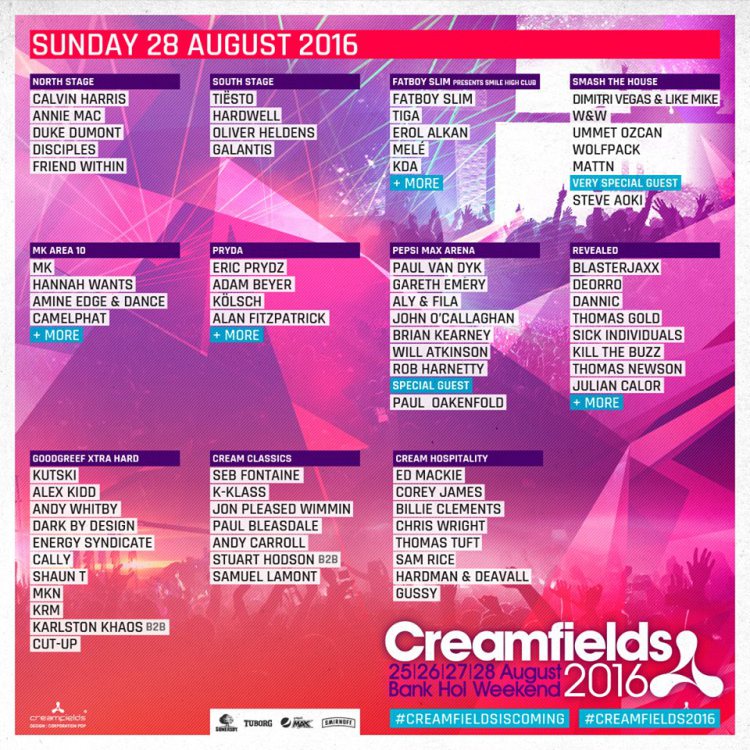