Confirmed: Deadmau5 Will Be The “Special Gue5t” On The Bu5 Tour

Rumors have been circulating for weeks on whether Deadmau5 would join his label’s new bus tour but nothing has been confirmed; until today. I mean, we all knew it, but now we know it…

Announced on the Mau5trap Facebook page, Joel’s label confirmed that the head honcho would be playing as a “special gue5t” on the new tour which features artists Attlas, Matt Lange, Rezz and Steve Duda. The tour, which is already incredible without the addition of Deadmau5, officially started today in Toronto, ON.

Deadmau5’s addition to the bu5 tour shows his support for the upcoming acts on his label and will help boost both ticket sales and exposure. With 11 stops on the tour, make sure you grab your tickets and don’t miss out on what is sure to be one for the history books.

Check out the announcement below: 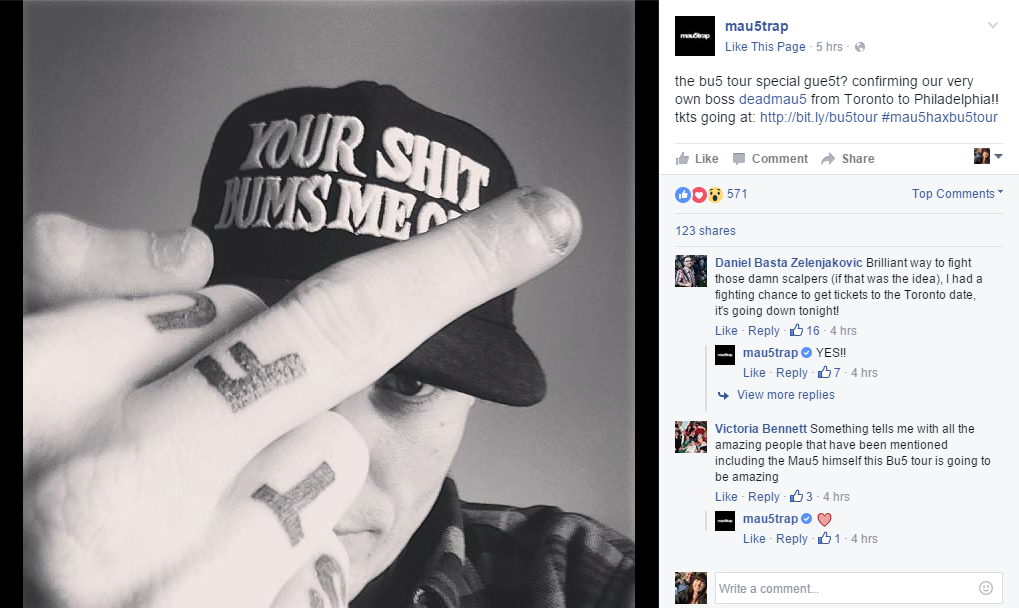