by Your EDM Staff
in EDM News, Featured, Worth Sharing

UPDATE: TomorrowWorld 2016 is officially cancelled. Get the details here.

The last time we checked, the fate of TomorrowWorld 2016 was still hanging in the balance. In a public press release sent out concerning SFX Entertainment’s declaration of Chapter 11 bankruptcy, Tomorrowland spokesperson Debby Wilmsen noted that “no concrete plans have yet been made for TomorrowWorld 2016.” This was on the 1st of February.

Today, during a routine Google search to see if there was any news concerning the festival, we found something odd. Google listed dates for the festival. 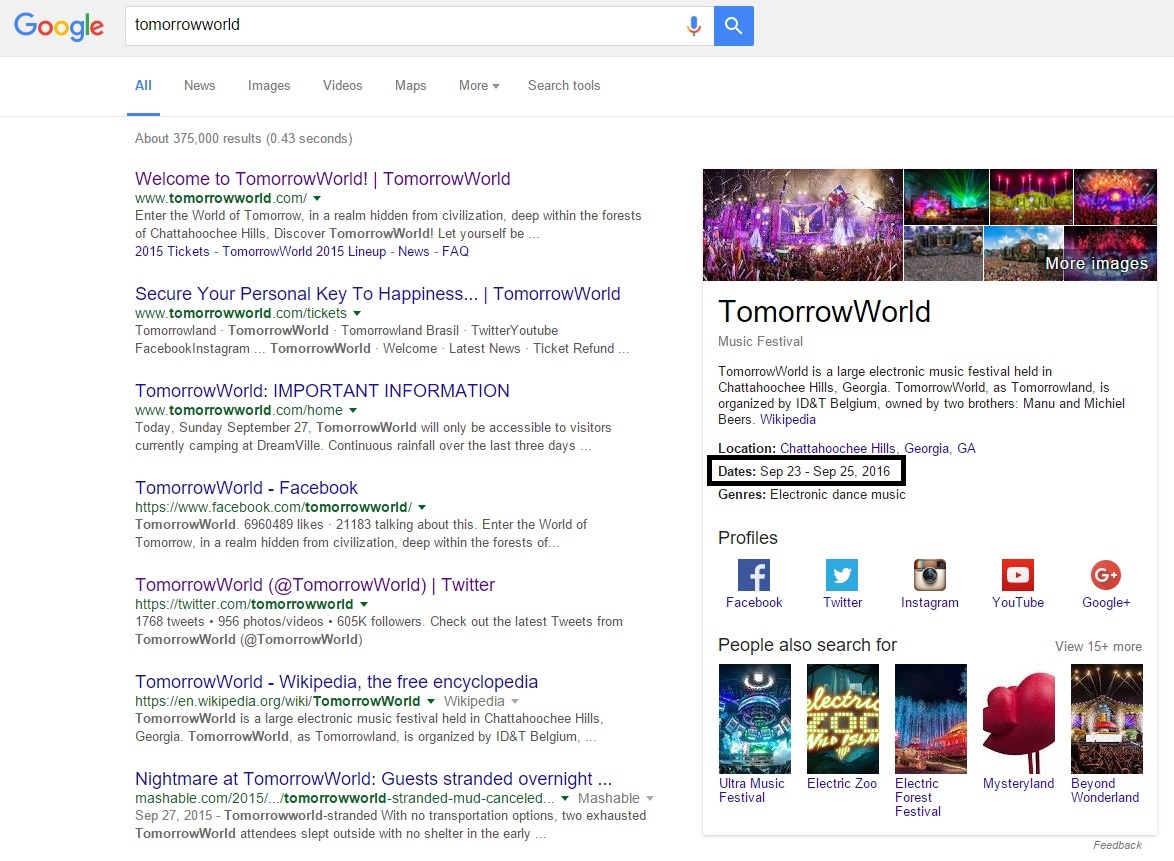 Now, Google is pretty good at getting things right. It crawls basically the entire internet looking for information, so it’s not like these dates popped up out of nowhere. However, there has been no official confirmation of anything from any TomorrowWorld, Tomorrowland, ID&T or SFX rep about these dates, so it’s curious how they came to be attached to the TomorrowWorld name on Google.

We’ve reached out to Debby Wilmsen but have yet to receive a response at time of publication. We will update this post with any new information that arises.

Gryffin Announces Heading Home Live Tour, and We Can’t Wait to See What He Has In Store