Gryffin Announces Heading Home Live Tour, and We Can’t Wait to See What He Has In Store

No up-and-coming artist has had quite the same amount of buzz surrounding them as Gryffin has had in the last few months. The NYC-based producer emerged onto the scene as a serial remixer of pop anthems – taking on the likes of Tove Lo, Years & Years, and Maroon 5 amongst others, and delivering stellar, melody-driven offerings for his fans. Earlier this year, Gryffin took the next step of his career with the release of his debut original, “Heading Home” featuring Josef Salvat. This release, along with Gryffin’s well-received “Flight Log” mix series, helped the fast-rising up-and-comer sell out his debut shows in Los Angeles and New York – a tall task for a newly-minted star.

Now, Gryffin is bringing his stunning live performance on the road for his nine-stop, “Heading Home” live tour. Gryffin’s second tour will kick off at CRSSD Music Festival in San Diego, before the house maestro makes his way across the country with stops in cities across the US and Canada like Vancouver, San Francisco, Toronto, and Washington D.C. Tickets to the “Heading Home” tour will be available for purchase here, but you can check out the full tour dates below. 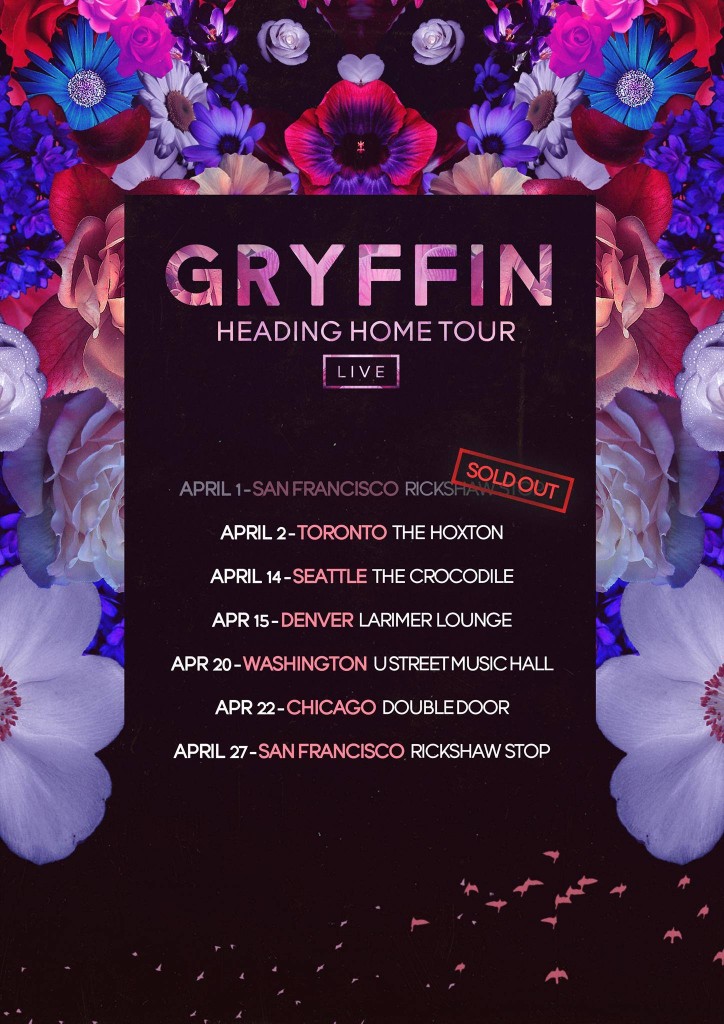