As spring and summer roll closer and closer, festival lineups are popping up like mushrooms after a rainstorm. And while we’ve got more stacked bills than we could shake a stick at here on the West coast, the East coast scene is absolutely crushing it on all fronts as well. Case in point: Camp Bisco

Despite the infamous controversy that seems to follow this festival, the organizers continue to give their all and ensure the event is a one of a kind experience. We’d say they’re definitely on the right track, as this year’s lineup is off-the-wall fantastic. The Disco Biscuits, Odesza, and a rare performance from Big Grizmatik (Big Gigantic, GRiZ, and Gramatik) round out the headlining performances, along with support from a star-studded cast of both underground innovators and well-known icons of the scene. Most impressive, though, is the sonic diversity found here; we’re eating our hearts out on the bass music lineup, but the focus on live music and livetronica is truly commendable. Lotus, STS9, Lettuce, and Papadosio all make appearances, along with hip-hop performances from Lil Dicky, Anderson .Paak, and more. To top it all off, the festival’s new home at Montage Mountain offers attendees full access to a water-park for the duration of the party; what better way to beat the summer heat?

To sum everything up, Camp Bisco 2016 is going to be an absolute blast and we can’t wait to experience it. Early bird and Advance tickets are on sale now, so don’t sleep on picking yours up. The full lineup and ticket link is below; we hope to see your face on the dance floor! 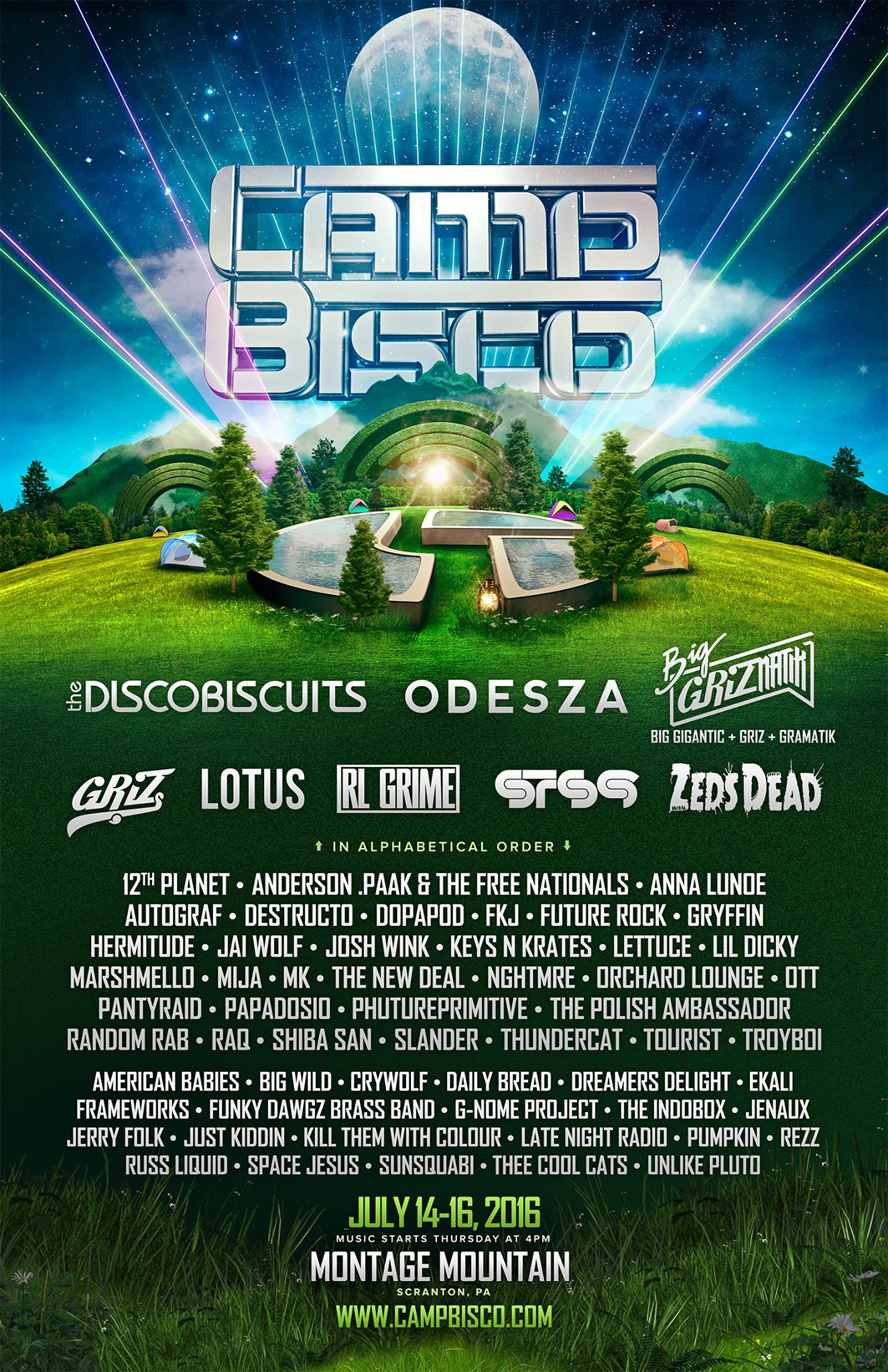