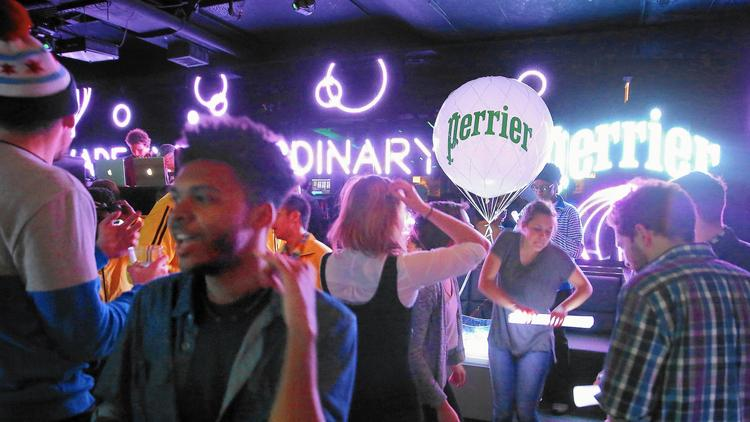 Escape The Tedium Of The Office With A Rave At Lunchtime

For those unfortunate enough to work in a 9-5 cubicle day job, the monotony of the day can really get to you. That’s why workers in Chicago are trying something new: sober, lunchtime raving. The concept isn’t completely unfamiliar – morning raves have been a thing for the past couple of years. But more and more people are starting to embrace it, including a group of office workers going to The Underground nightclub.

“It sounded like fun to get away from the office,” said Yolanda Golden, a student adviser at Loyola University. “We’re here to sparkle it up,” said 25-year-old Tim Hackle. “We’re very energetic — I dance in the office all the time.”

“There’s good vibes going on right now,” said Jordan Brown, a 27-year-old dispensary worker. “When you come in the middle of the day, it’s fun, it’s random, and people are more coherent. I wish more people did things like this — loosened up, especially on a Friday.”

The prospect of a sober club in the middle of the day might sound awkward – and to veteran dance music fans, it probably is – but for a large portion of the population who don’t go to shows every weekend, or who aren’t familiar with any of the names on the lineup at Movement or TomorrowWorld, it’s a great escape.

“We didn’t know what to expect but it was so much fun,” said one of the women as they emerged back into the bright, brisk winter afternoon to return to work. “We Snapchatted with the office from the club. And they were like, ‘Where are you?!'”