Alison Wonderland’s rise to notoriety was quick. Already an established DJ and vocalist in Australia, she was picked up and played out by triple j, and quickly began teasing tracks from her debut album in 2015, Run. Though interest was rather lukewarm at the time, a popular flip by Ganz of her track “I Want U” catapulted her into the limelight. Suddenly, people were asking, “What is this?”

My first experience with Alison was at the cosmicMEADOW stage at EDC Las Vegas in 2015. To date, it is still probably the biggest show of her career, and her performance reflected that. It was feverishly upbeat and had everyone in the audience rapt by her presence. Her glitchy and original visuals, reflecting her own broken persona in vivid colors kept us transfixed on the stage, and her set was one of my favorite of the whole festival. At the end of it, she tearfully ascended the DJ decks and thanked everyone in attendance for making the night so special, including her parents.

I left Vegas with a glowing impression of this young Australian breakout artist, so much so that she was a must-see for me at the next event at which I found her – HARD Day of the Dead. I walked in to her set and it was… not the same. Perhaps it was the setting or the size of the stage or just the time of year, I didn’t feel the same butterflies in my stomach that I felt on that warm night at the Speedway. I chalked it up to either hers or my temperament and really thought nothing of it.

The next time I saw her was at Insomniac’s NYE festival Countdown. Once again, I don’t know what it was, I didn’t feel the butterflies. Her set was solid, don’t get me wrong. But I was beginning to feel that perhaps whatever magic was in the air at EDC Las Vegas was confined to that time and place, and that I would never connect with her music so intimately again.

That brings us to this last Wednesday at the Fonda Theater in Los Angeles for her debut US tour, named after her album, “Run.” I had a lot of expectations, both positive and negative, considering my past experiences with her. But this was my town, a town that tended to bring out the best in artists. And yet, I found myself the least impressed with her of any time that I’ve seen her.

Part of Alison’s charm in her performances is in the way she interacts with the crowd – she’s very vocal on the mic and often talks about the inspiration behind various tracks, or just shares general feelings. She’s been doing this since the first time I saw her, but that night I felt that it was just too much. 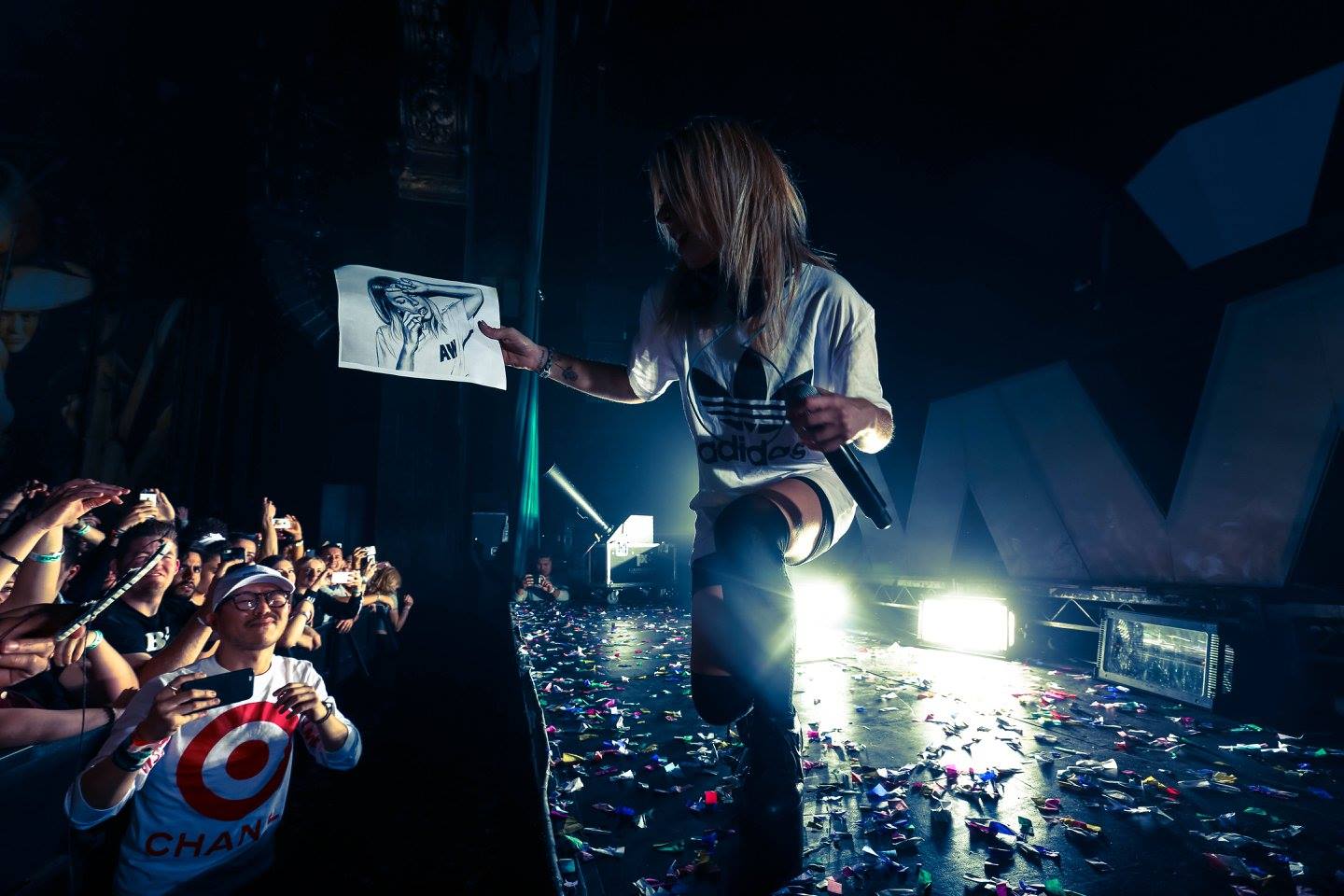 It seemed like every song, she would take the mic and begin a soliloquy on the story behind the lyrics or production – it often led to complete and instant detachment from the music, taking me out of the moment and cutting away from my enjoyment. Similarly, Alison would often come to the front of her bright LED stage (created from her logo) and simply sit or dance. I’ve seen a lot of performers do something similar and it’s never bothered me much because of one key difference: those performers were performing live. Alison certainly had the opportunity to make it to the front of the stage as she let tracks play, and she quite often took advantage of it.

The mic continued to be a point of contention for me throughout the night for another reason, as well. If you know Alison’s music, you know that she sings on it frequently. Perhaps 20 seconds out of the 1h30m performance was devoted to her vocals on the mic. Now, I knew from past experiences that she doesn’t sing live, it wasn’t a matter of foiled expectations. Then again, this was her debut US tour and I was truly expecting something innovative and different. She sings on the tracks, so why not sing when playing them out? It didn’t seem too far of a request to make.

Her set list was phenomenal as per usual, but all of the above prevented me from fully immersing myself in the music and experiencing it the way I believe it was meant to be experienced. In a way, I suppose that’s a bit of a conceited thought, in that Alison, of all people, should know how her music was “meant to be experienced.” Then again, this is just one man’s opinion of a single show.

If I’m near a stage Alison Wonderland is playing at a festival in the near future, I might consider popping in to check it out. Unfortunately, unless she puts out something new, or I hear that she has radically changed her live performance, I doubt that I will be seeing her on a solo performance again any time soon. 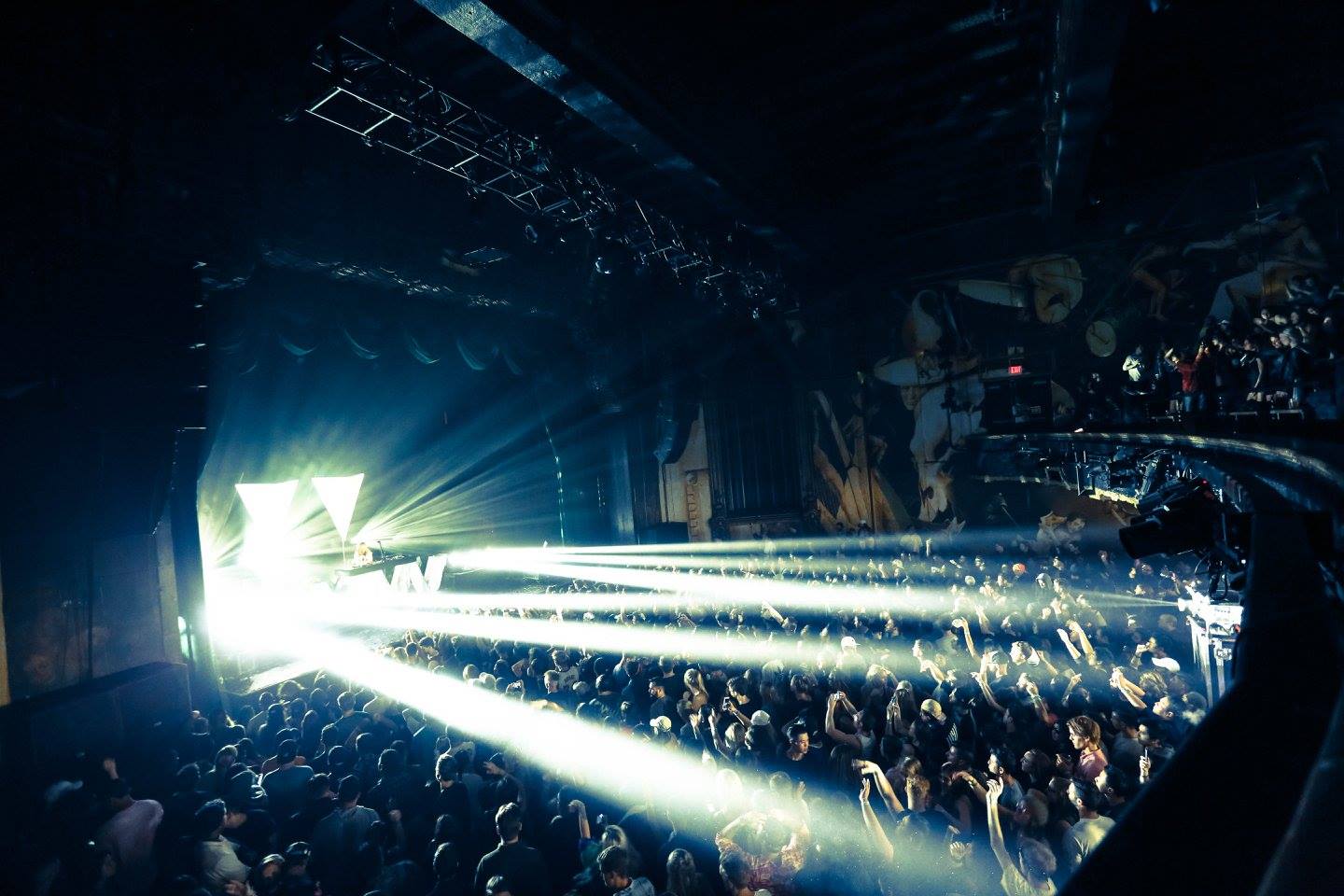 All photos courtesy of Grëymantle

Drug Busts At Okeechobee Kept Campers “Entertained” Over The Weekend

Drug Busts At Okeechobee Kept Campers "Entertained" Over The Weekend