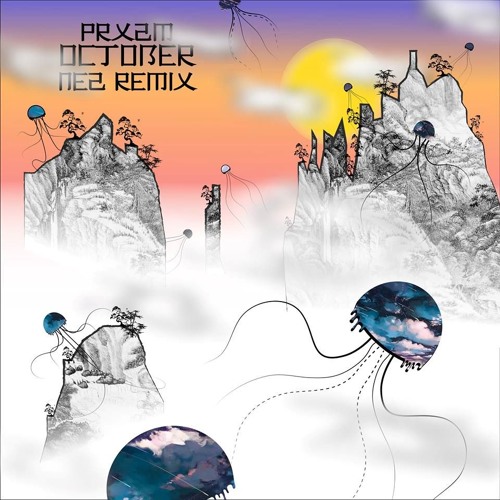 Duo PRXZM has had a quite a year thus far. With a continual stream of fantastic original tracks and inclusions on Buygore, the pair has quickly risen up in the ranks to become a name that expands far past their Midwest base. Today, their track “October” has received the remix treatment from four members of the SOUNDASLEEP record collective, each of which reapproach the track’s core elements with newfound style and energy.

The first flip comes from Nez, and stands as a minimal yet effective dubstep/future hybrid. While keeping the original’s vocals mainly intact, his remix relies on wide, pulsating synths and stings of resounding wubs in between the spaces. Next, Shhh begins with a lengthy and anthemic swell towards the track’s breakdown. The vocals are slowed down, allowing for an added layer of meaning and depth, before the track explodes outwards into a wavering, layered synth that dominates the spectrum.

Strider White‘s remix ups the tempo once more, breaking the track down into a simple but satisfying future bass swayer with bubbling beeps and a tight percussion arrangement. Finally, V A L E N T I N E gives “October” his own treatment, creating a powerful and joyful flip that utilizes nearly off-key melodies and a warm, shuddering sub bass.

Stream all four of the remixes below!