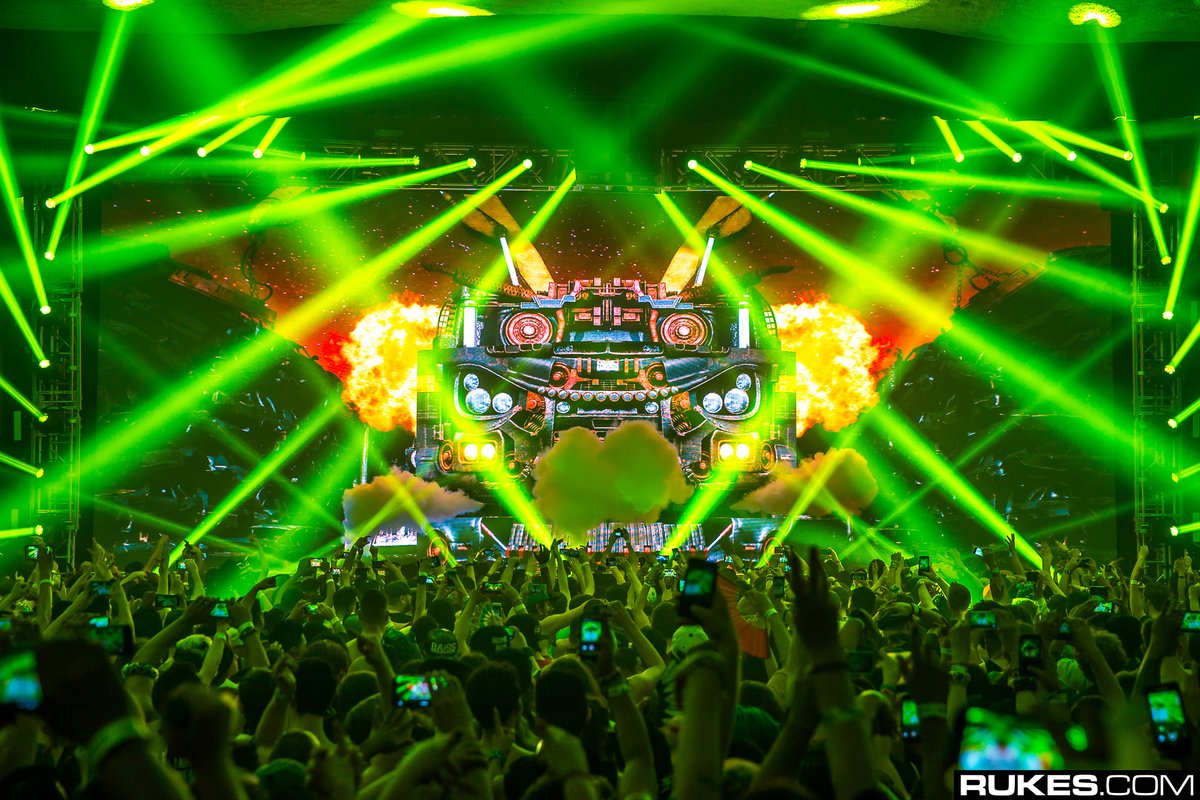 UPDATE 2/27/17 | Excision is embarking on the second year of the Paradox tour, with way more special guests and updated visuals on his massive stage. He’s still touring throughout the entire month of March, with a couple more shows to round out February and a final show on the first of April. Find all of the dates and ticket information here!

Excision is currently on tour across North America with Figure and Bear Grillz on The Paradox Tour and showing off his brand new stage of the same name.

Excision’s stage is said to be able to pack on over 150,000 watts of PK Sound, and while I can’t quantify just how much that is in layman terms, I won’t have to. One of his fans at his Philadelphia show recorded a video showing just how strong it is, check it out below and hear for yourself!

It’s hard to tell exactly how far away the video-taker is from the stage, but it certainly looks far enough to be impressive. If you’re seeing Excision at any stop on the rest of his tour, do yourself a favor and wear ear plugs!