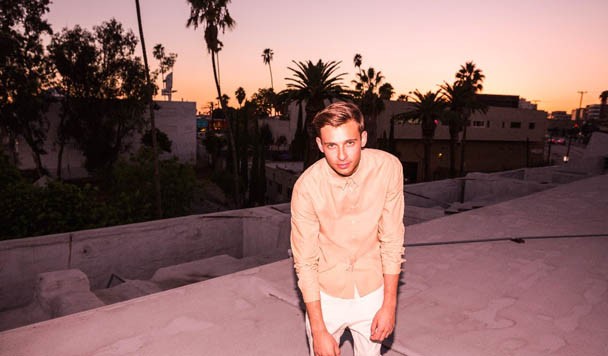 In anticipation of Australian sensation Flume‘s upcoming sophomore album, the electronic music community is clamoring for any sign of new information regarding the release. While new singles and IDs continue to eke out into the online sphere, we have for you today something special.

Melbourne’s Laneway Festival this February saw Flume play a coveted and memorable set to an ecstatic crowd. During the performance, he brought out special guest Kai, the vocalist behind his track “Never Be Like You.” In a video captured of the song, Kai can be seen taking hold of those in attendance with her ethereal and captivating words while Flume takes care of the instrumentation behind the decks. But wow, Kai deserves a second mention for that performance… she impressed us beyond belief.

Watch the well worthy clip below, and make sure you don’t fall off the edge of your seat while continuing to wait for the album at large. We wouldn’t want to see you hurt yourself.

It was amazing to play to Australian crowds again last month. Thank you all for supporting the new single. Here’s Kai and I performing ‘Never Be Like You’ at St Jerome’s Laneway Festival in Melbourne