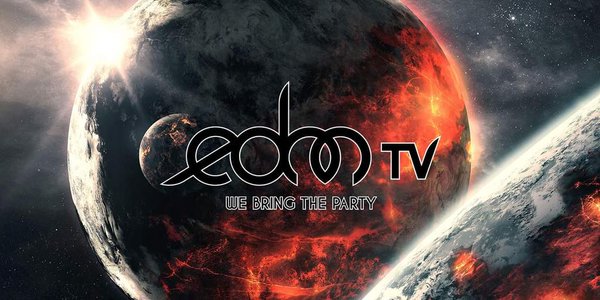 Dance Music To Receive Its Own TV Channel, EDMTV This Week [Video]

It’s official. Dance music has finally broken through into an entirely new medium, giving fans the opportunity to learn and connect with the community in a never before experienced way: television. Next week, on March 14, DirectTV will launch a new channel called EDMtv just in time for WMC and Miami Music Week. The channel will reportedly include such content as interviews, live performances, broadcast news, documentaries, scripted shows and more.

But Matt Bolton, EDMtv’s founder, says that the current programming information is only the beginning.

“The music is just the start. The people, the places, the deals, the real stories that are alive in the scene is what we’re after. We want to incubate, stimulate and dedicate ourselves to this task. It really is an honor to become the first network ever to do content that is specific to electronic music and the culture it nourishes.”

EDMtv is expected to enter the homes of over 21 million viewers next week, and will set the stage for the genres breakthrough into the potentially more mainstream sector.

In the video below, you’ll see some of dance music’s most noteworthy acts showing their excitement for the upcoming channel, including Zomboy, Infected Mushroom, Showtek, Dash Berlin, Martin Solveig, Rusko and many more. Here’s to a new era in EDM!