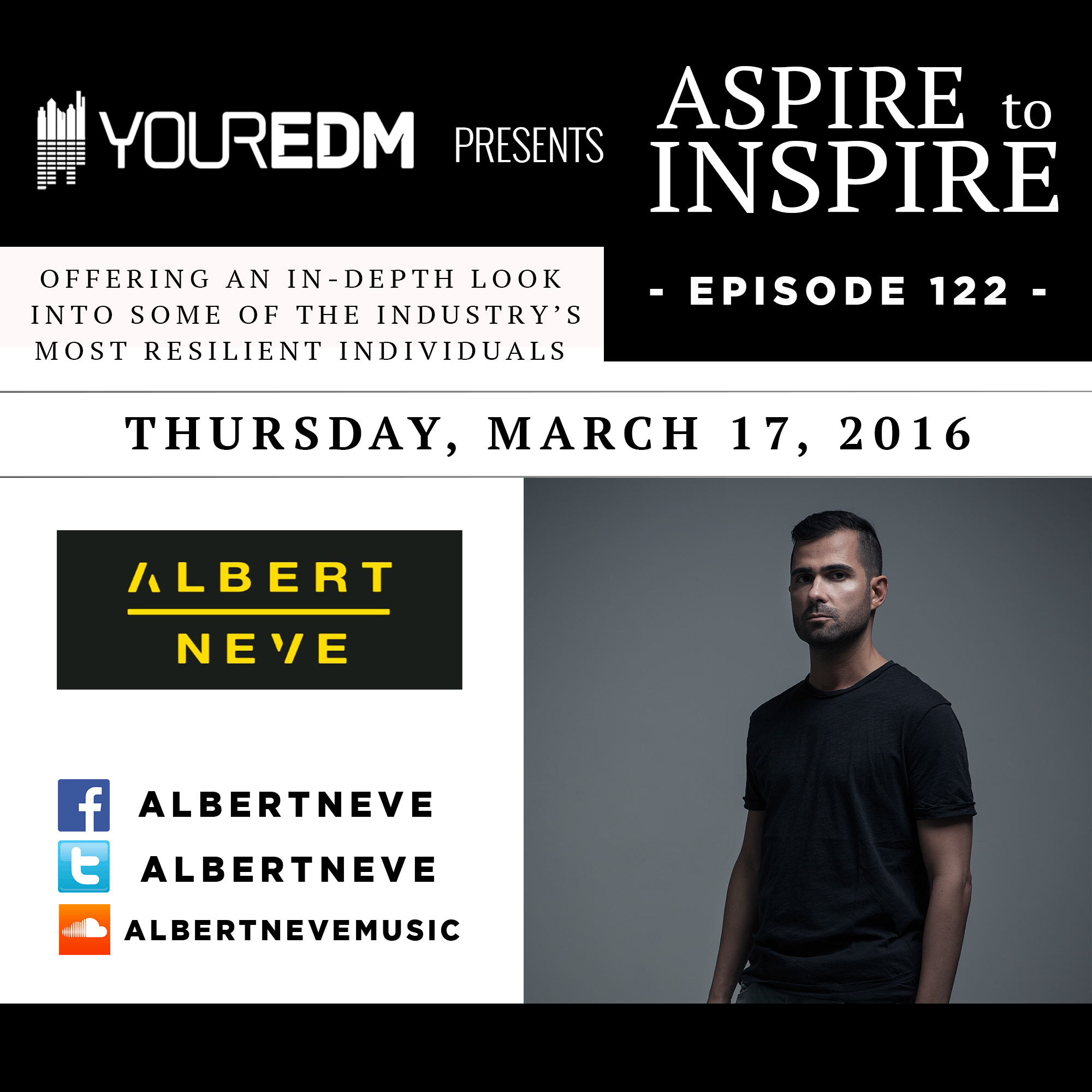 Be true to thyself, the saying is seemingly old as time, but, what does it really mean?  Does it mean forging a path that few have taken?  Does it mean clinging to one’s beliefs regardless of what society tells you?  Or is it just something as simple as believing in a passion and executing it to the best of your abilities.  The latter is the case for Spanish DJ/producer, Albert Neve, best known for his remixes of heavy hitters like David Guetta and Steve Aoki, and his current hit collab with fellow Spaniard, Abel Ramos, “Let the Bass be Louder.”

Hailing from the party and club haven of Barcelona, Albert always had a passion for music, but it was computer science that piqued his interest as a youth and was his area of study in school.  In fact his first dreams as a child were to explore space (where no DJ has gone before), however, as he matured he realized he could pair both his passion for music with his love and knowledge of computers and tech.

“When I was a child I wanted to become an astronaut. I used to draw stars, planets and starships in my notebook… luckily my awareness evolved and I realized that it would be pretty difficult to reach outer space. Anyway I felt very comfortable with computers, so I started studying computer science. I was very good at programming, but my passion for music had already started some time before, so I decided to combine it with my studies.  At that time I was doing some shows here and there, and then I released my first track, which kicked off my career.”

Albert always knew that music was something he was passionate about, but what happens when others don’t share your vision?  Even worse, what happens when it’s your parents who aren’t behind what you’re doing?   As a child, there’s nothing worse than that feeling when your parent says to you, they’re not mad, they’re disappointed.  Albert had to deal with this head on when he announced to his parents that he was pursuing music as a full time career, rather than go down the safe route of computer programming.

“I was finishing my degree, and in their minds I was going to pursue a career in computers. At this point I was absolutely involved in my music career. I was starting to get some money, and my productions were hitting the charts. So then arrived the moment I shared my decision with them. That was by far one of the saddest days of my life. There are no words to express what I felt when I saw my parents crying.  They were pretty unhappy with my decision, but for me there was no other possible way than to chase my dreams. As time passed, they started to accept that it was the right decision. It was a gamble, but in my case I was successful.”

As time passed things were looking up for Albert and he was starting to make a name for himself.  A true old school DJ, Albert spun on vinyl until as he puts it, “The music style that I was playing suddenly wasn’t massive anymore, and the emergence of mp3 destroyed the market.”  Albert was forced to adapt, and he changed not only his entire approach to producing, he even changed his artist name.  Now many years later, all Albert is focused on is pleasing his fans and trying to leave a legacy as an artist.  Albert’s point of view on this is almost philosophical.

“If there’s something that has always inspired me throughout the years, it has been to see people having fun and feeling happy, enjoying life and forgetting about their problems. At the end this is what I think we artists are meant to bring to the world. This is what I try to achieve with my sets and with my productions, and far from trying to please myself, the most important thing to me is to please the people that follow me, always with my own stamp of course. This helps to achieve another aspect I find very inspiring – to transcend yourself. To do something that could potentially be out of reach…some people will like my work where others won’t, but I like to think that what I’ve done as a person and as an artist will remain long after I’m gone.”

In fact, Albert has experienced that impact first hand.  He recalled a story of a fan who burst into tears when Albert signed his t-shirt.  Unsure of why this young man got so emotional, Albert asked, and he found out the real impact that any artist can have on their fans.  Hopefully all of our favorites remain as dedicated as Albert does to working for his fans.

“It was at a festival in the Canary Islands and I was playing there with my homies from Glowinthedark. When I finished my set, I was asked by a group of fans to sign a t-shirt. I went down to them, and I was talking with one of them for a while, when suddenly he started to cry, and he was pretty moved by the situation. I asked him why he was crying, and he explained to me how important it was for him to personally know the artists he admires. This really encouraged me to keep on working, not only for me or for my career, but to keep on making people happy. We spend all of our time working and sometimes it’s vital to get out of our bubble to see what reality can teach us.”