Hardwell’s Livestream In Miami Shut Down For Unknown Reasons

Hardwell and Revealed Recordings hosted an epic 360 degree livestream in Miami last year as part of a showcase – unfortunately, the party ended abruptly for some as-of-yet unknown reason.

The story goes that Dannic, during his set, went on the mic to say that the sound system had been “fucked up” by the “neighbors.” The volume at the show then apparently took a nosedive, and many patrons were extremely upset. As Hardwell took the stage, attendees continued to boo and whistle at the sound booth. This apparently angered Hardwell as the livestream cut out shortly after.

“Apparently, they had turned the volume up slightly, and then, the feed, still live, went dark. The sound and lights were completely off, and it wasn’t long until the production crew was made out removing some of the equipment from the stage. An abrupt ending shocked many viewers, and social media was lit up the moment things seemed to be going wrong.”

Hardwell will still be closing out the main stage of Ultra Music Festival on Saturday, so you can catch him on the livestream then if you feel like you missed out yesterday.

Sorry guys, they shut us down! I guess they are not ready for @RevealedRec! Thanks for coming, see you at @Ultra!

Due to circumstances beyond our control the live stream is cancelled. Thanks everyone for tuning in today! 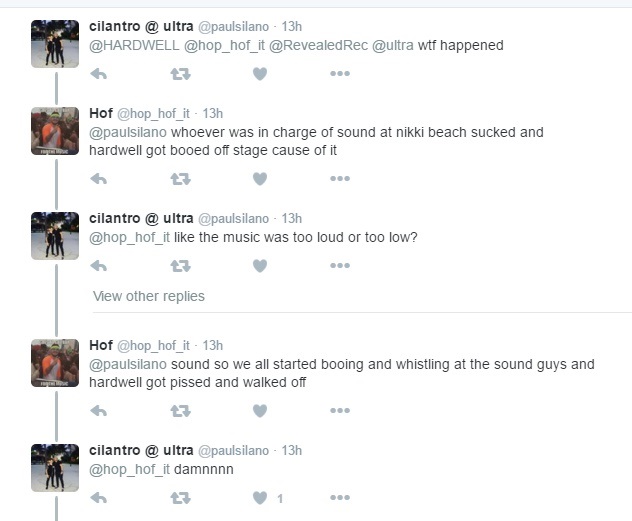