by Jeffrey Yau
in Bass Music, Dubstep, For the lulz, Just For Fun

Yes…you read that correctly. DATSIK the Canadian dubstep legend currently has tracks at #5 and #8 on the SoundCloud country music charts, he also peaked at #1 so for him to be sitting at #5 and #8 right now respectively is probably a bitter pill to swallow for the dubstep veteran. 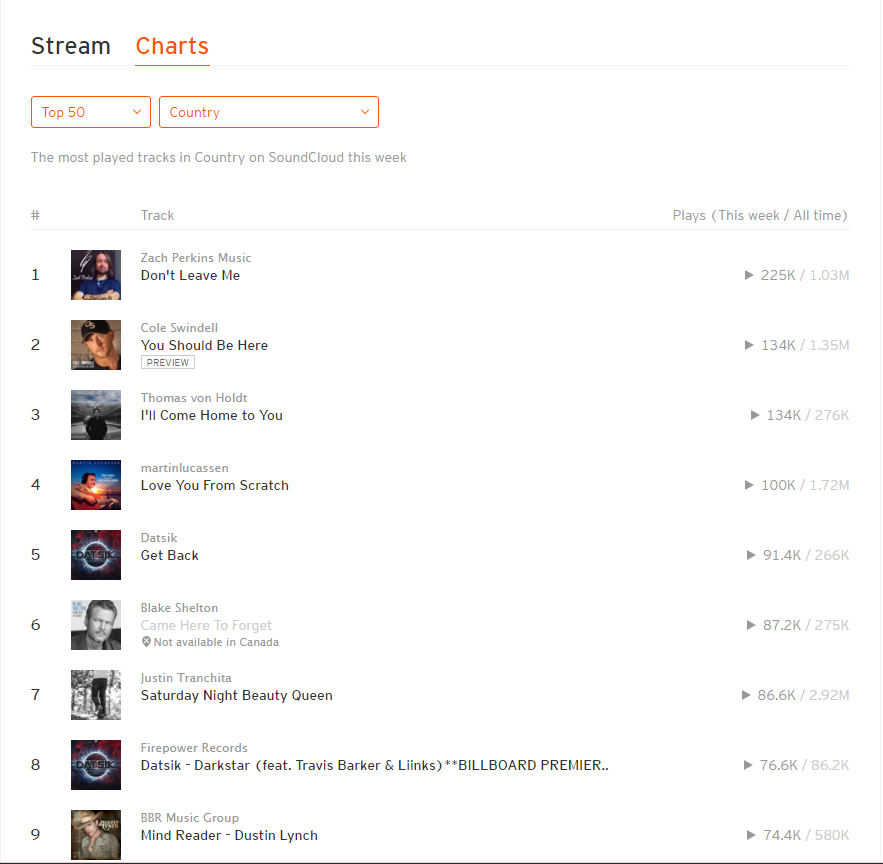 As you can see from the screenshot above, his latest single “Darkstar” featuring Travis Barker and Liinks, the titular track from his latest EP, clocks in at #8, while his latest single, “Get Back” which came a week before is sitting pretty at #5.

Even better, when looking at the New & Hot charts, Datsik actually has four tracks from the six track EP in the charts. And yes, we checked – “country” isn’t a tag on any of them. 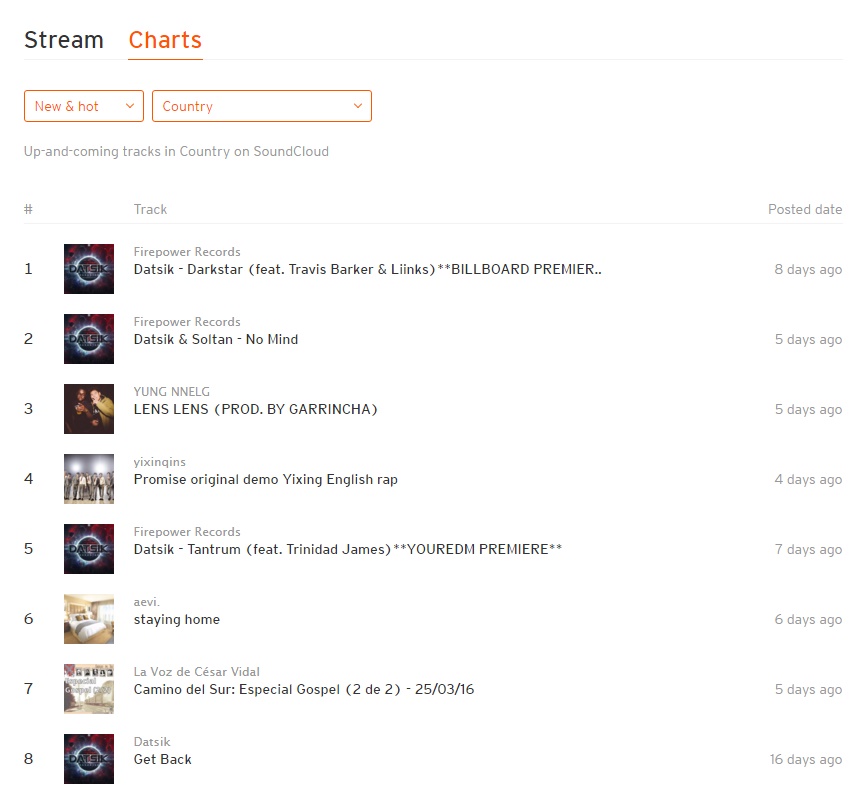 While we don’t know how exactly this happened, SoundCloud is undergoing a lot of changes right now as they begin implementing their SoundCloud Go program, so maybe we can cut them some slack for now.