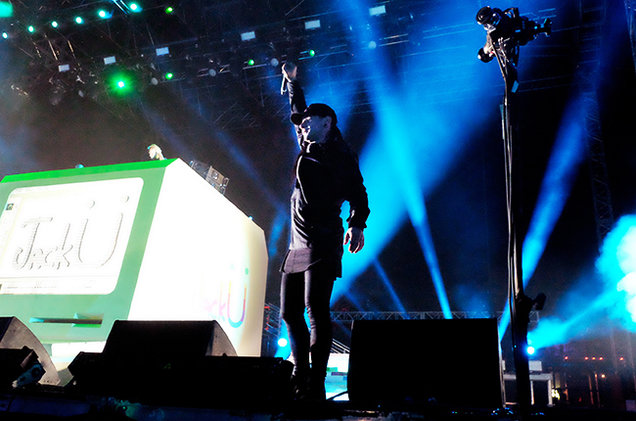 Following the tragic death of Prince this past Thursday, and Coachella this weekend, it would seem odd if there weren’t a few tributes to legendary musician. Most of the acts finishing up the night chose to take a moment to pay tribute to the fallen legend, among them LCD Soundsystem, Sufjan Stevens and Jack Ü.

While Jack Ü brought out AlunaGeorge earlier in the night as their sole special guest, they chose to end their set with a tribute to Prince, changing the lights purple and emblazoning their new stage design with Prince’s iconic logo.

Jack U lit up @coachella in memory of the amazing @prince We love you Prince! @Skrillex @diplo @Wesley_Pentz awesome pic.twitter.com/6b59APlEVg

And on a separate continent entirely, David Guetta was paying tribute to Prince at Tomorrowland Brasil.

So beyond just the Twitter tributes, it’s obviously clear that Prince has left an indelible mark on the musical community with his career and his death. The community and his family continue to mourn, and we will likely see one or two more tributes before the end of Coachella this weekend.