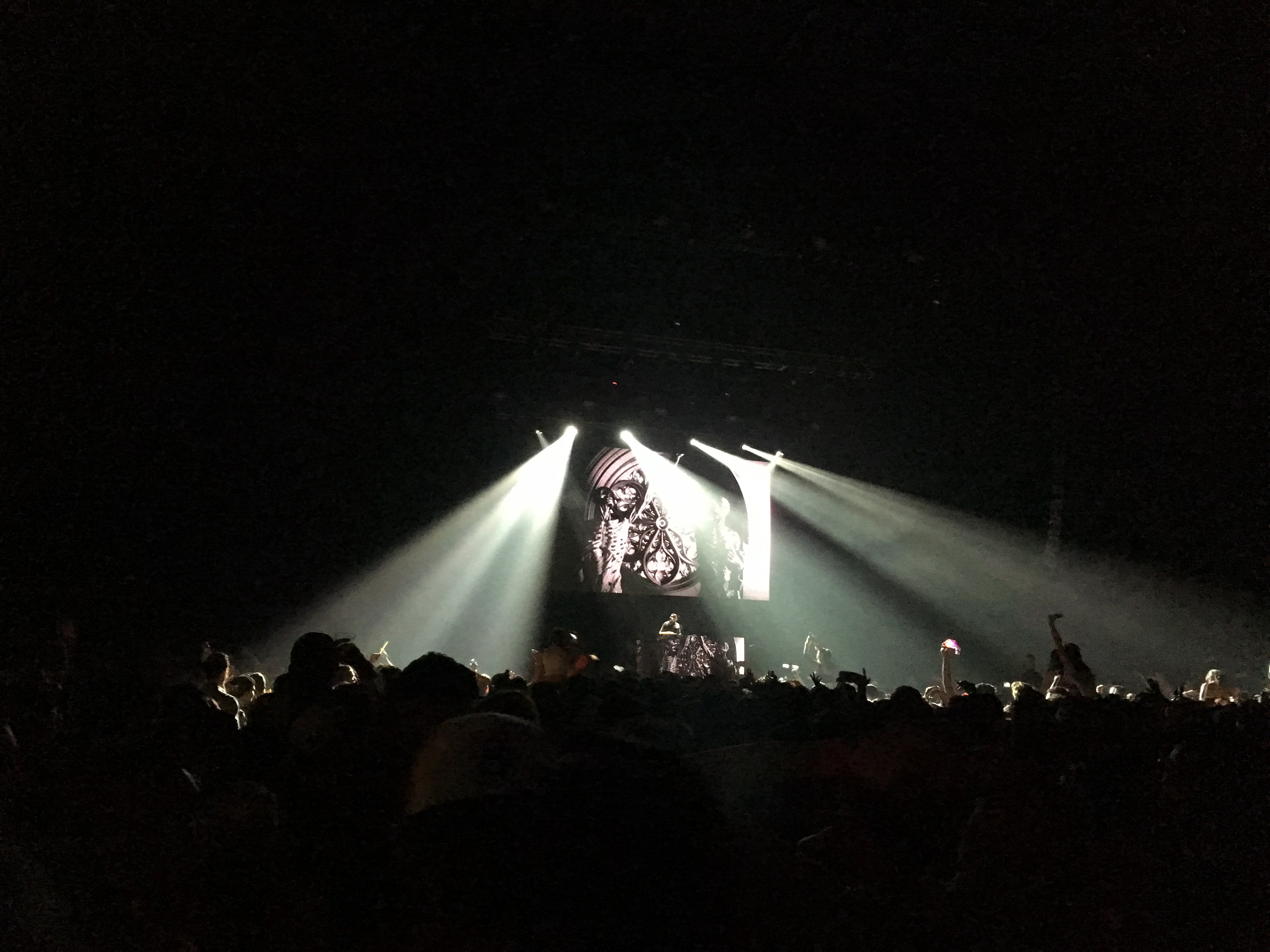 On the final stop of their North American tour, the Pardon My French crew went out with a bang. The sold out show at Bill Graham Civic Auditorium in San Francisco saw DJ Snake, Tchami, Mercer, and Malaa, all bring a distinctive sound to the table, as each set fluidly transitioned to the next. From G-house, to Trap and Future House, the show offered a wide menu of genres to those in attendance. Although each set was different in its own right, the one thing that remained consistent throughout the night was a high level of energy.

Malaa’s G-house bass resonated off the walls and acted as a great opening set for what was to come. The masked enigma played his core tunes including “Notorius,” while also dropping a nifty bootleg of Disclosure’s “When A Fire Starts To Burn.”

Mercer continued right where Malaa left off and transitioned into a trap heavy showcase with distorted basslines and insane verve. His visuals fittingly matched the music with convulsing lights and sporadic interstellar images (see Instagram video below).

Tchami’s calm stage demeanor reflected nothing of his snappy drops, which sent the crowd into frenzy. His signature syncopated tracks were a stark contrast from the first two artists but carried over the same undeniable energy. Besides his own work, Tchami also dropped a track, “Drop That,” which was recently released on his  CONFFESSION label.

Finally, the man of the hour, DJ Snake, took the stage and blew the roof off from the get go. Opening with his trap-influenced track, “Propaganda,” pyrotechnics shot out from the pit signaling his arrival. The French DJ continued to mix a high-energy set before playing his well known catalogue of tracks including, “What You Want” and “Middle.”

The Pardon My French group conquered its North America tour with hard hitting music and a wide array of sounds. From deep bass to hard trap, these types of tours are not something you see quite regularly. Lets hope, these guys do this again real soon.

@mercer .at his best ! #PMFtour