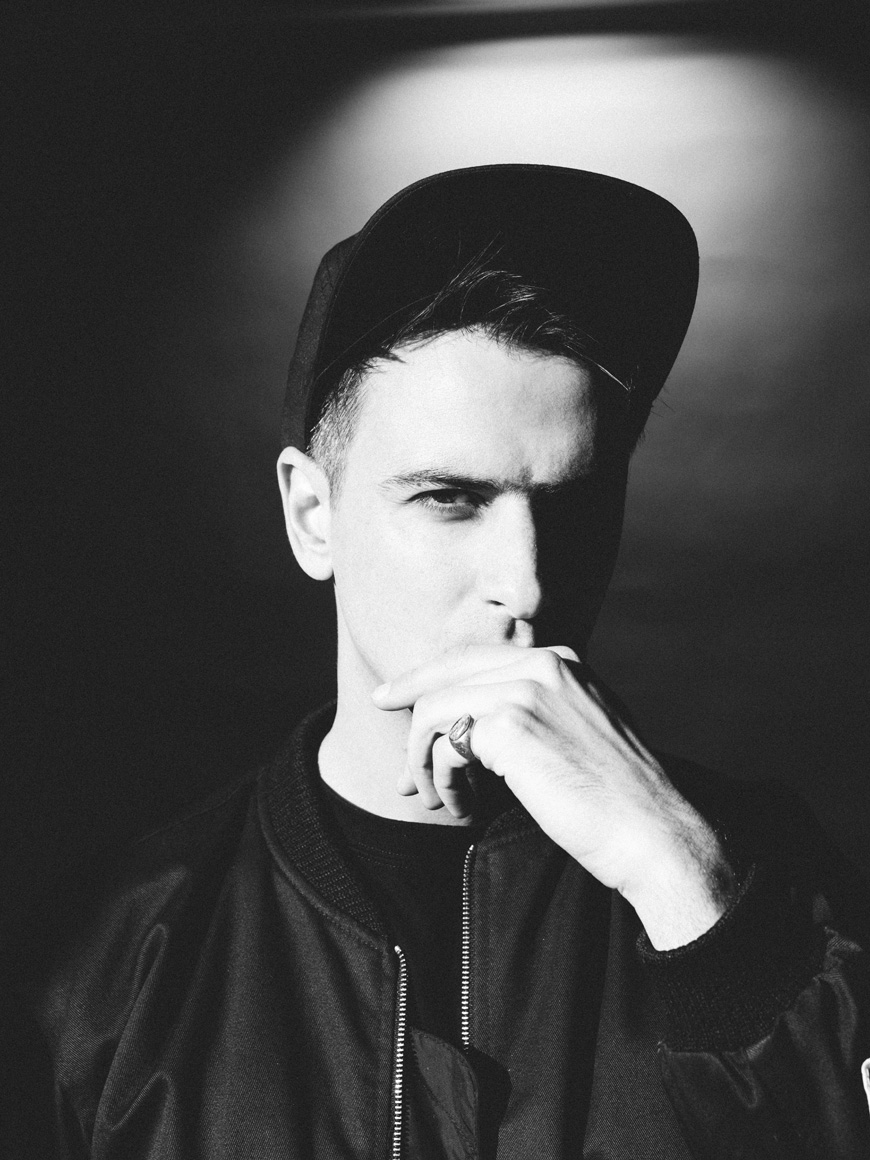 Boys Noize is one of Rolling Stone’s “Top 10 DJ’s Who Rule The World,” and has been elected “Best Electronic Act” by Beatport 3 years in a row, and today marks the premiere of his 4th studio album.

Throughout the entire listen, we can’t help but gawk at the genius that Alex Ridha continues to conjure as Boys Noize. Mayday is a brilliant reminder that acid is here to stay.

If you must categorize Mayday, think of it as a bridge between traditional Boys Noize and modern exploration. We’ve seen him branch off with Chilly Gonzalez on Octave Minds, and with Skrillex on Dog Blood, but this is further proof of Boys Noize’s growth as a solo artist. Caught in limbo between the mainstage of dance music and the roots of underground, Boys Noize will forever captivate our minds with a unique blend of influence.

Have a listen, and be sure to snag Mayday for your own collection via iTunes.

Kicking off the LP with a track like “Overthrow” is a bold statement, and the tune churns up some serious stoke for the remaining 12 tracks. Here’s what Ridha himself told Billboard about the track:

“[Overthrow] reflects the classic Boys Noize sound, but also is a bridge to the newer sounds I explore on the album. I was listening to a lot of early rave, The Chemical Brothers and U.K. breaks stuff so there is some influence from that as well as my love for industrial music.”

Employing the help of Benga, “Dynamite” charges into modernity, still towing an angsty acid vibe throughout the breakdown. Cavernous as ever, and embellished with synthesized driblets, you’ll know when it hits.

As we approach “Rock The Bells,” there’s not much more to do but stand up and limply toss yourself about. The vibes on this piece are impeccable, and just wait until the once hip-hopified rhythm gives way to a fully flexed acid sequence that quivers in delight.

At five tracks in, “Euphoria” is a good reminder to breathe and take care of yourself. Maybe get up and drink a glass of water, have a snack, rest your feet. The beckoning lyrics, “Inhale, exhale” are just what we need to hear. After all, we’re not even half-way through the album and we’ve already been going pretty hard.

Next up is “2 Live,” a beautifully dissonant track, tinged in acid, but arpeggiated to the heavens. Implementing the help of TEED, the vocals work seamlessly, and those moments of breakbeat hold the entire thing in one piece. It’s one of Boys Noize’s favorites off the album, and with good reason.

Channeling inspiration from The Faint, “Would You Listen” proves to be of a more trippy vein. “I tested it out in a bunch of clubs a few times and within the first seconds the vocal dropped the crowd went off. Crazy!”

“Revolt” is another generous helping of squiggling oscillations, and the length of it holds fast to industrial overtones. In between modulated sequences, the track’s shivering kicks invoke images of an omnipotent rave droid, and not the friendly kind.

Moving on our merry way through this sonic adventure, “Starchild” digs into our hearts with emotive guitar and features the talent of POLIÇA. It feels more than a bit like riding a jet stream right into the stratosphere. The steady bassline steers the track cleanly to the end, and the sequenced chimes are a welcome addition to this ethereal tune.

“Hardkotzen” offers a fierce finality to the album, and the processed gibberish is utterly gorgeous after a bout of visceral percussion. But Ridha ends the LP on an entirely different note with “Birthday” featuring Hudson Mohawke and Spank Rock. The track sounds nothing like the rest of the Mayday, however it certainly calls up Boys Noize’s production with characteristic analog warmth and percussion.

Overall, this album is exactly what we’d expect in that we could never have guessed what it would include.

If there’s one thing we understand, it’s that Boys Noize has never tried to appeal to the masses. It’s just another reason why we love him so much, and perhaps one of the greatest reasons his music continues to shine after all these years. Unapologetically true to his own beat, Mayday is a marvelous exploration in fusing classic Boys Noize with modern influence.