The Complete EDC Las Vegas 2016 Lineup Is Out

If there’s one festival that really defines the current state of EDM, it’s Electric Daisy Carnival. For the past 20 years, EDC has been winning over the hearts and souls of hundreds of thousands of eager ravers with epic lineup after epic lineup, and they will continue to do so for many more years to come.

Last Friday, Pasquale Rotella teased the lineup on Nightowl Radio by playing mixes from each stage of the artists playing. Fans were left to identify the music and guess which artists were playing, and for the most part, people were able to figure it out. Still, some artists eluded even the most devoted fans – until now.

Feast your eyes on the official lineup poster for EDC Las Vegas 2016. 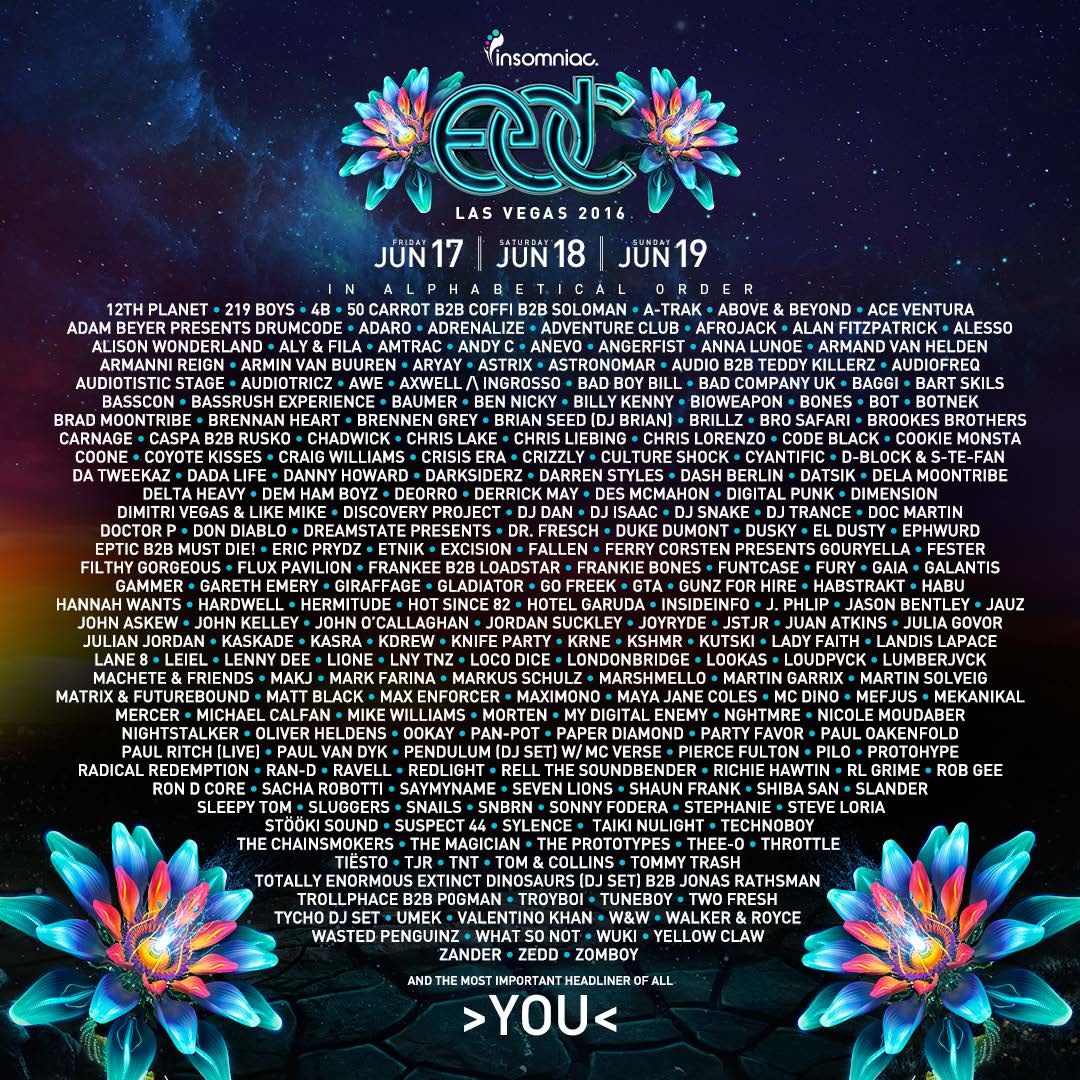 Over 200 artists will grace the Las Vegas Motor Speedway from June 17–19, along with hundreds of thousands of eager fans. This year should be the biggest yet for the storied brand, and you wouldn’t want to miss it.

“A milestone anniversary like this deserves a very special lineup, and we’ve got an incredible mix of top talent, on-the-rise names, old-school legends, and artists who have never played the festival before,” said Pasquale Rotella, Founder and CEO of Insomniac. “We’ll also be introducing extended set times that will allow DJs to really take our Headliners on a journey—and of course some specially curated 20th anniversary surprises that people will remember for years to come.” – Pasquale Rotella

Tickets for the 20th anniversary of Electric Daisy Carnival are now completely sold out, so if you didn’t get a ticket, you’re pretty much out of luck unless you get lucky and find someone who can’t go anymore. As always, you can expect a live stream from the festival this year if you really can’t stand that FOMO.

The Him’s New Single With Gia Koka Is Fire

5 Dead After Concert In The Philippines

5 Dead After Concert In The Philippines