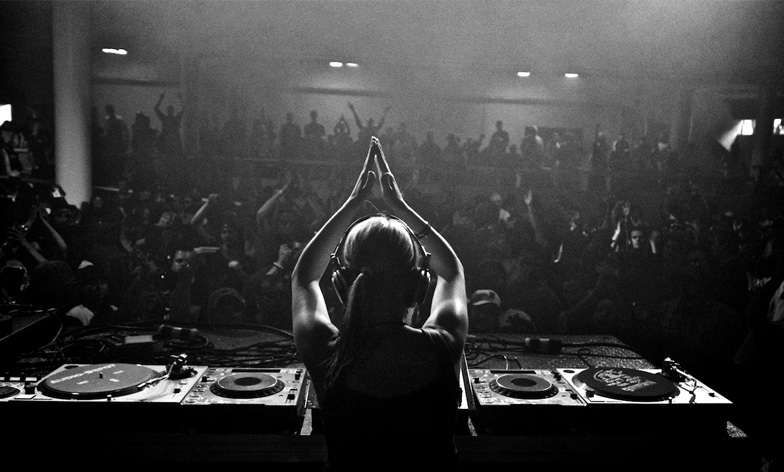 Although Memorial Day weekend is now packed with festivals across the U.S., Detroit’s Hart Plaza continues to be the music mecca for the world’s techno aficionados. The 10th Anniversary of the Paxahau-produced Movement, the upcoming 2016 edition, continues to expand on the sound of Detroit with the inclusion of Kraftwerk, Modeselektor, Caribou, and Big Freedia across the intimate urban setting.

Continuing their approach of attentive curation, the three-day event features showcases ranging from Detroit Love and Kevin Saunderson’s Origins: Elevation to the fresh talents percolating up from the OWSLA imprint. And for all those revelers looking for a truly spiritual awakening come Memorial Day (Monday, May 30), the likes of Boys Noize, Tin Man, Nina Kraviz, and DJ Pierre will all be taking to the Underground Stage for the festival’s first ever Acid Showcase.

A founding member of Chicago’s Phuture collective, Pierre introduced the very building blocks of acid house to a global audience during the latter half of the 1980s. Since the age of 18, Pierre has been celebrating the sound and eclectic culture of acid across the states and eventually international audiences. Paxahau highlights that global reach, pulling a Russian (Kraviz), German (Boys Noize), and Austrian-transplant (Tin Man) into the mix of Chicago and Detroit based acid talent.

“They were emulating it perfectly,” quips Pierre from his Atlanta home when chatting (via phone) about his first live experiences in the European market, “trying to always get the new, factory equipment; they were serious, they wanted to be legit.

They wanted to know how the sound was made and what the people were like so they could properly make it… and show respect for it.” The respect shown by his contemporaries was not always reflected by domestic business dealings – as is often the case when labels pick up on urban music trends: “The labels were actually pretty good at keeping that information from us because they didn’t want us to realize how big the music was. They didn’t want us to know how many records they were exporting or bills they were making.”

For Pierre, along with Phuture-mates Rio and Spanky, Chicago’s house (and eventual acid-house) communities allowed for a safe, communal space that was often difficult to find in Chicago’s under-served neighborhoods. “[We] were all bonded by one sound. You were all connected and like-minded people, everyone thought the same and everyone felt the same; it was synchronized,” reminisces Pierre about the early days of Chicago house. “We felt so good in those places, and we felt like this was our time! It was really unified.”

Having spent the last thirty years unifying dancefloors, Pierre has long seen that environment as arm of his ministry. “I believe that my calling, that my ministry, is music,” reveals the producer. But, don’t group Pierre with the combative minds of America’s conservative class. “That doesn’t mean standing up front and preaching at people, it’s more or less just representing who I am and living the right way and being loving and kind. Every time I play, I just pray that people are touched and inspired. They leave feeling better than they came,” profoundly remarks Pierre about his goals behind the booth.

Tapping into that Christian evangelical spirit, Pierre is championing a new era of acid, house, and even EDM – a genre far too many legacy artists love to bash on the regular. A proponent of mixed-genre sets (“I get bored playing just one genre”) Pierre was pivotal in launching the new Afro Acid movement; a loose organization with two primary missions. One: Welcome more youth of color into electronic music culture. Two: Build confidence in producers so they can continue to evolve the house, techno, and EDM communities.

“In recent years, I have really been taken aback by how acid is still so cutting-edge; using an old technology to continue making something new,” professes Pierre about a genre now 30 years old. “That uniqueness keeps it new; it’s just not a sound that can be easily emulated.” A notion certainly supported by Boys Noize’s recent Mayday full-length offering.

While Mayday is rife with hip-hop and breakbeat undertones, Pierre continues to prefer the inclusion of keyboards, strings, and pianos into his unmistakable Roland 303 and JU-06 basslines. Three decades into his career, Pierre can imbibe nearly any genre with his signature acid hue: “It’s the only sound that as soon as you [edit it] in into a song, it’s immediately recognizable as acid and that track then conforms to an acid track.”

Whether new to acid circa-2016, or a devout faithful over the decades, Pierre is promising a new journey come 7 p.m. EDT this Memorial Day. No matter your religious affiliation, be prepared for a spiritual journey in the sweaty, cavernous confined of Movement’s Underground Stage-turned-Acid Showcase.

For more Movement editorials, check out Your EDM‘s guides to the Movement festival and the essential Movement-affiliated after parties.

This piece was written by guest writer Derek Staples, a senior staff writer of Consequence of Sound.