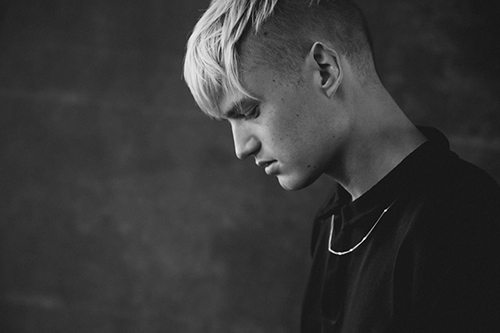 We have the chance to speak to Adrian Lux about the way he makes music, and also to find a little bit about what makes him tick. With his smooth, emotive dance music making waves, we can expect to hear much more from the Swede in the coming months.

Hey Adrian, thanks for joining us. Talk us through a typical day in your production studio…

Hey! Right now I’m mostly in my headphones, traveling around making new ideas and beats. A typical day is to wake up and sense what kind of day it is, if I want to make floaty techno or whatever comes to mind that day. I usually have 1000 projects and ideas that I need to finish, so I usually try and just making them better, my way of working is a lot to find unique sounds or vibes that stand the test of time – and then try and make something great with it.

Did you always know that you wanted to make music?

No, it was just something that I thought was fun, it wasn’t ever a choice, I just got sucked into this thing. When I was younger, I was arranging a lot of club nights and producing at the same time, just really staying busy working on all fronts at the same time. I guess that is how you create your own luck in a way.

‘Torn Apart’ has seen huge success, and has also just been remixed. What do you like most about this tune?

I like the effortless groove that the guitars and drums create, it just rolls through.

Where do you take most of your musical influences from?

Lots of visual stuff and movies, I try to make my music fit to images. I really like indie music as well, or like just anything that’s good I guess.

Have you got much else in the works right now? Can we expect an album at some point, or are you focusing on single tracks?

I’m working a lot, it’s both I guess. I’m in the beginning of doing stuff so we will see what shape and form it will have when it’s done.

After you’ve finished slaving away in the studio all day, what do you do to relax?

I watch lots of Netflix and HBO usually, just trying to basically do nothing is what I find most relaxing to be honest. It sounds boring but having a creative job makes you appreciate doing absolutely nothing.

Where can we catch you playing in the next few months as summer approaches?

I’m doing most shows in August, and at the moment I just want to work on music.  I’m moving to NYC right now, so I need to get some in there to get settled!