IMS Shares The Most Important Factors For EDM’s Success

More than 90% of the focus group’s respondents said that structuring a revenue model for streaming was the most important factor for the EDM industry. We couldn’t agree more, as Warner Music Group already claims their streaming sector is their highest grossing segment, and considering Apple’s stream-focused fortification.

More surprising, however, is the second most important factor as elected by the focus group: harm reduction regarding drug use.

For an industry to acknowledge drug related deaths as being associated with its music is a pretty big deal. We can only hope to see festivals and events implement more precautionary and educational measures, and no that doesn’t mean more security (we already know how that goes).

Appropriate coordination with government officials to work out proper regulation and legislation regarding electronic dance music was the third most important factor. This likely means a likely re-visit of the much talked about RAVE act as well as noise ordinances (looking at you Red Rocks). 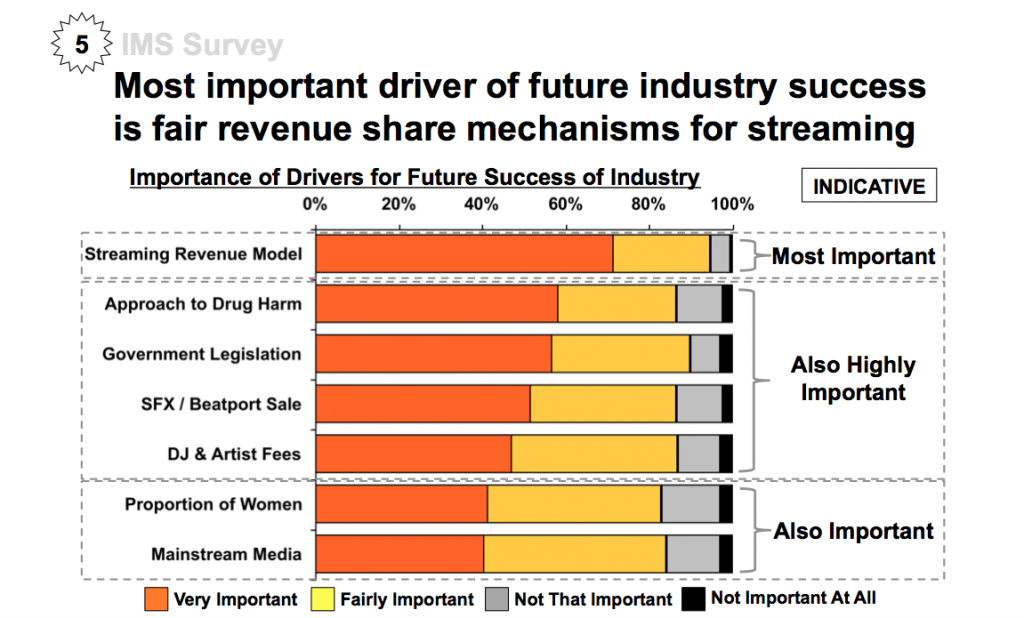 These figures were drawn from industry 163 respondents, 32 of which were female. It should be noted that of the female respondents, incorporating a higher percentage of females into the industry was reported as the second most important factor. However, because of the women’s minority presence in the focus group, this particular factor only weighed in as the sixth most important factor. 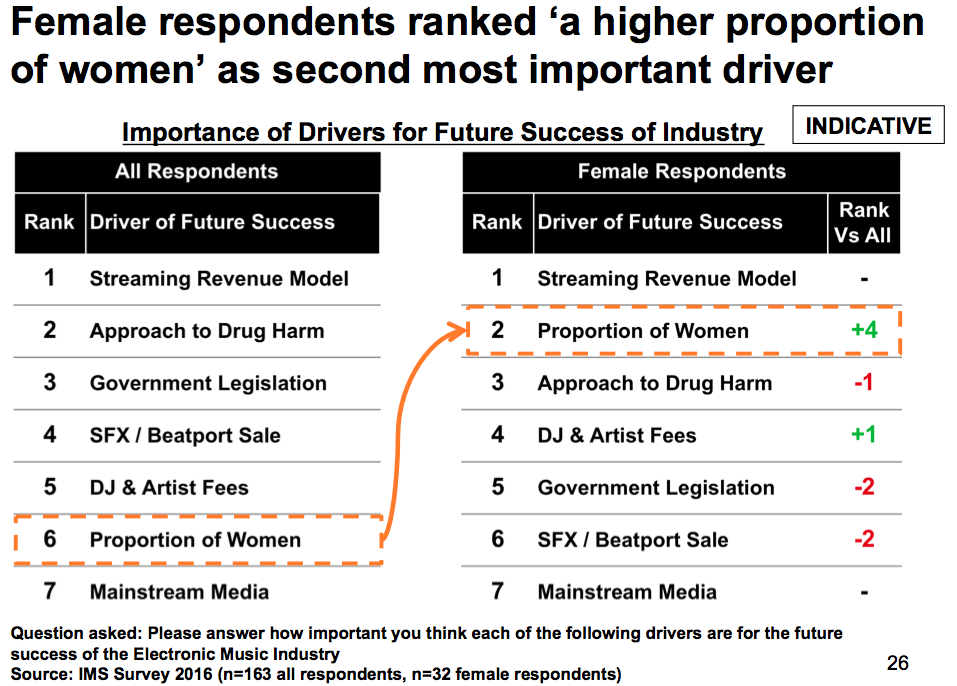 Everyone Wants Hodor To DJ Their Club

Kanye West’s Personal Studio Robbed of $20,000 Worth of Equipment

Kanye West's Personal Studio Robbed of $20,000 Worth of Equipment