The Twitter accounts of David Guetta and British duo Delta Heavy were hacked today by two independent entities, each with very different motives.

Following their rampage of highly publicized social media hacks this week against Deadmau5 and Facebook’s Mark Zuckerberg, organization OurMine Team decided to target David Guetta’s Twitter today. The tweet the sent out was intended as a friendly heads-up regarding the lack of security on Guetta’s passwords, supposedly linked to a massive data leak from LinkedIn.

Much like a burglar standing politely in your living room when you arrive home who then tells you that your locks are faulty, however, their strategy of hack first and “protect” second continues to frighten and anger the community. 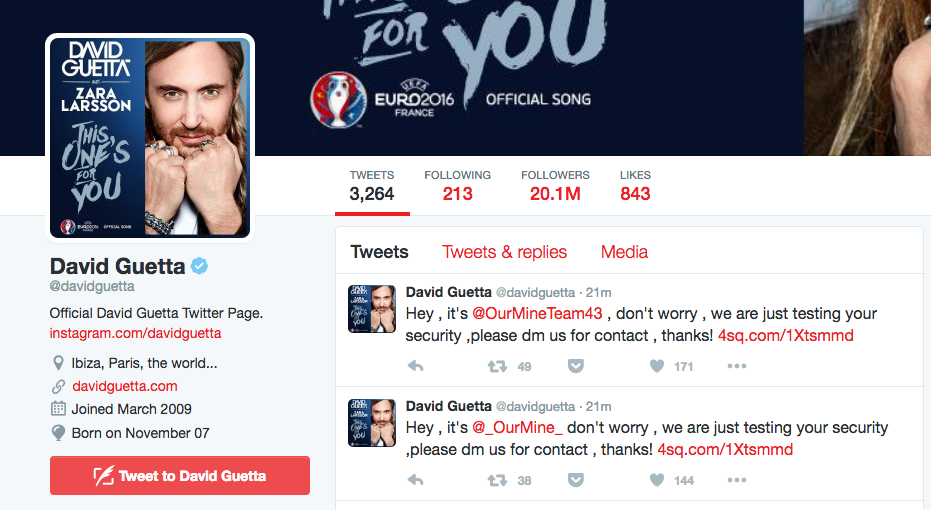 At about 10:45 a.m. PST, Delta Heavy’s Twitter was also, supposedly, the target of a hacking attempt. According to several independent sources, their Twitter handle was changed to @vexiandmez before the perpetrator tweeted out a bomb threat to Boeing. They said that a bomb had been placed on one of their airlines, and that they had one hour from the time of tweeting to guess which one it was.

As the manufacturer of the most commonly used airplanes in the world, Boeing’s customer base is comprised of nearly every major airline in business. The account was quickly suspended, but was restored an hour later. 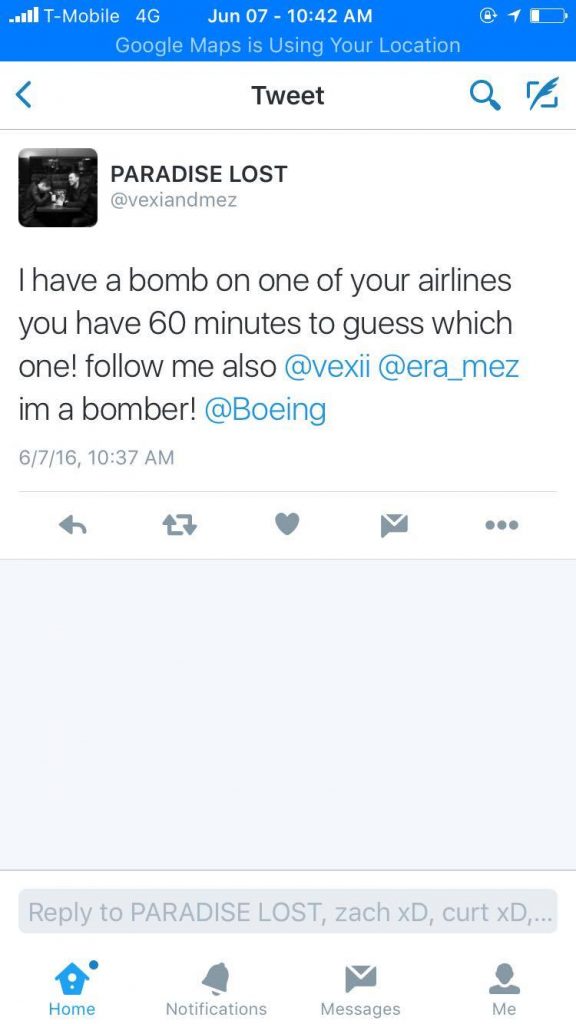 We sincerely hope that the threat was an empty one and that nobody’s safety is currently at risk. Regardless, we must assume that whoever sent out the tweet is currently under federal investigation.

ok now we can get back to music!