When you witness an event grow from its inception, there’s always a hint of pride that goes along with being there from the start. The Indy 500 Snake Pit is one such spectacle.

Revamped in 2012 after several reincarnations, the Snake Pit has quickly risen to be one of the biggest draws for the Indy 500. Midwest promotions company, React Presents, has been involved in this event for the last two years and has helped the Snake Pit become a household name for dance music fans across the country. As part of the world’s largest spectator-sporting event, the Indy 500 is a sea of people (this year was the first ever sold-out Indy 500, drawing in over 350,000). However, the Indianapolis Motor Speedway is uncompromisingly huge, fitting a golf course, helipad, and second racetrack all inside the grounds.

The Snake Pit itself is nestled inside the IndyCar racetrack, and has a rich history that you can check out here. Having been headlined by Benny Benassi, Krewella, Diplo, Afrojack, Kaskade, Dillon Francis, and more, this year’s monstrous lineup was much deserved, especially for the race’s monumental 100th running.

Featuring DJ Mustard, Skrillex, Zeds Dead, and Martin Garrix, this year’s installment of the world’s fastest party was nothing short of colossal. Zeds Dead threw down in typical bass fashion, Skrillex fired away with insatiable energy, and Martin Garrix dropped the unreleased “Follow Up” to “Forbidden Voices.” Where else in the world can you catch this caliber of artist before three in the afternoon?

And being held on Memorial Day, in the heart of the Midwest, at a race event, of course there’s going to be an abundance of red, white, and blue in every shape, form, and cloth available. Also, since the Snake Pit abides by the same rules as the speedway, you can bring in all the booze you want so long as your cooler fits the permitted size, which is a serious game-changer. However, all the patriotism and free flowing alcohol means attendees should be hyper-aware of staying hydrated and rested.

In the heat of summer, with little shade in sight, hydration is the name of the game, and the Snake Pit has one of the better harm reduction initiatives I’ve seen. For those who stick it out to jam at front-of-stage, the Snake Pit’s H20 Ambassadors are their savior. We all know getting out of the crowd once you’ve mobbed to the front is nearly impossible, and these ambassadors are there to make sure these dedicated fans stay hydrated and healthy. On hand with water bottles and water buckets, these volunteers quite literally saved the day. 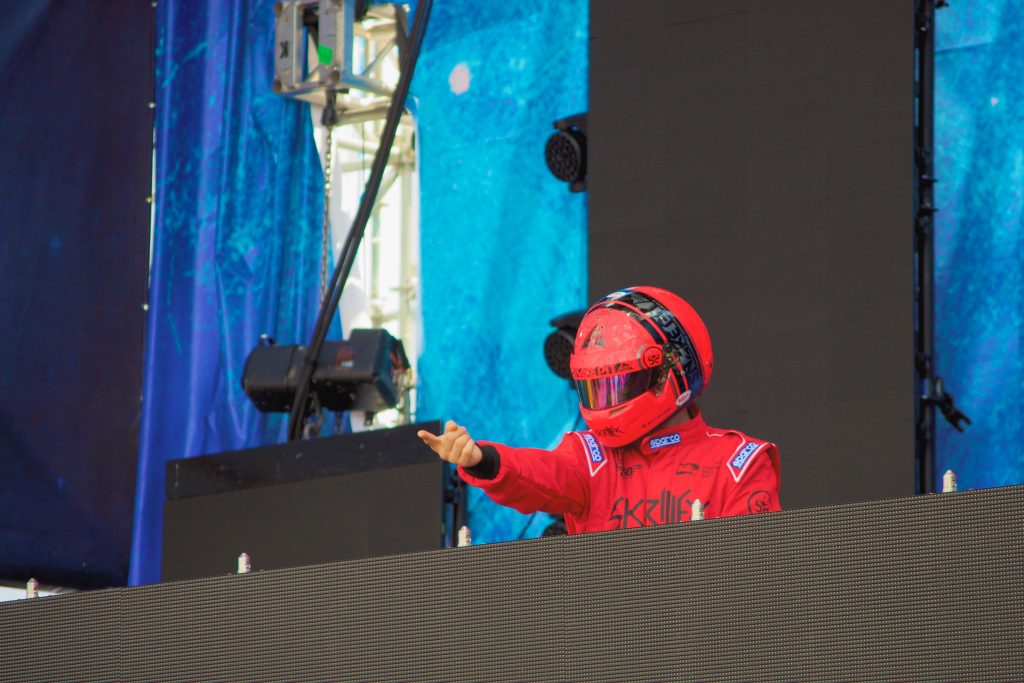 Additionally, the Snake Pit’s VIP service is another brilliant feature. This year’s VIP sold out in record time, and understandably so, as the VIP area harbors the only real shade available, and the viewing platforms are vital for getting the best look at the stage. Getting down in a massive crowd will forever be one of my favorite things, but this year’s turn out made me glad to have a little extra wiggle room.

Even if you aren’t a racing fan, it’s time you venture to Indiana to check out the greatest spectacle in sports, and while you’re at it…immerse yourself in the chaotic uniqueness of the Snake Pit. It’s an experience you won’t forget!

Check out the official 2016 Snake Pit aftermovie below!