by Timmy Kusnierek
in EDM News, Events, For the lulz

While it was pretty cool seeing over 90,000 fans crowded around the Eiffel Tower in Paris’ Stade de France last night, David Guetta’s opening performance for the 2016 Euro was… weird.

In between flower clad dancers wiggling about, Guetta’s enthusiastic knob twisting, and a strange blue penis erecting during his set, what fans witnessed at the onset of UEFA’s Euro 2016 was interesting, to say the least. 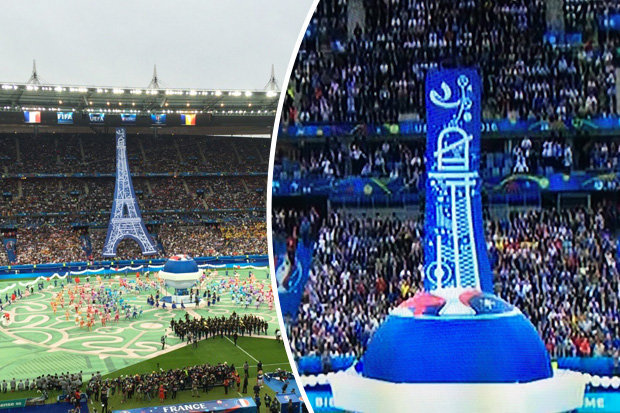 However, as expected, more than a few people were put over the edge and took to Twitter to voice their frustrations. Have a look through some of the responses below.

Sorry but if your country is the birthplace of Daft Punk and you wheel out David Guetta, you deserve to lose every single game #Euro2016

So, um, the #EURO2016 opening ceremony has started. pic.twitter.com/w97R4KrriE

#Euro2016 opening ceremony is on drugs, I tell you. pic.twitter.com/lt24v5BmFx