by Michael Dix
in EDM News, Featured, Worth Sharing

It’s hard to believe that SFX Entertainment was only formed four years ago, as they’ve been largely responsible for the worldwide acclaim of Tomorrowland, Electric Zoo, Sterosonic, and Voodoo Experience. It’s equally hard to believe that such an influential, lucrative company could end up in the red, as we surprisingly discovered earlier this year. Now – four years later – founder Robert Sillerman has finally spoken out about the disastrous collapse of a once regal promotions company.

In what Billboard is calling “the sickest drop in the history of dance music,” SFX witnessed a colossal decline in its market value, with its stock prices dropping from $13 to just over a single cent over the past two-and-a-half years. So how did this happen? According to Sillerman, the acquisitions of separate companies diluted what was originally an efficient corporate methodology. “We bought companies based on what we anticipated — that we could bring in ­incremental sources of ­revenue. They thought they had a plan to make one plus one equal three, but there was never a point at which the ­company was functional.”

It’s no surprise that there’s no straight-forward reason for SFX’s total meltdown, but Sillerman truly believes that the former king of EDM promotions will regain its glory. “There’s no question that four years later, this is a sustainable genre.”

For a more numerical analysis of SFX’s decline over time, check out the graph below! 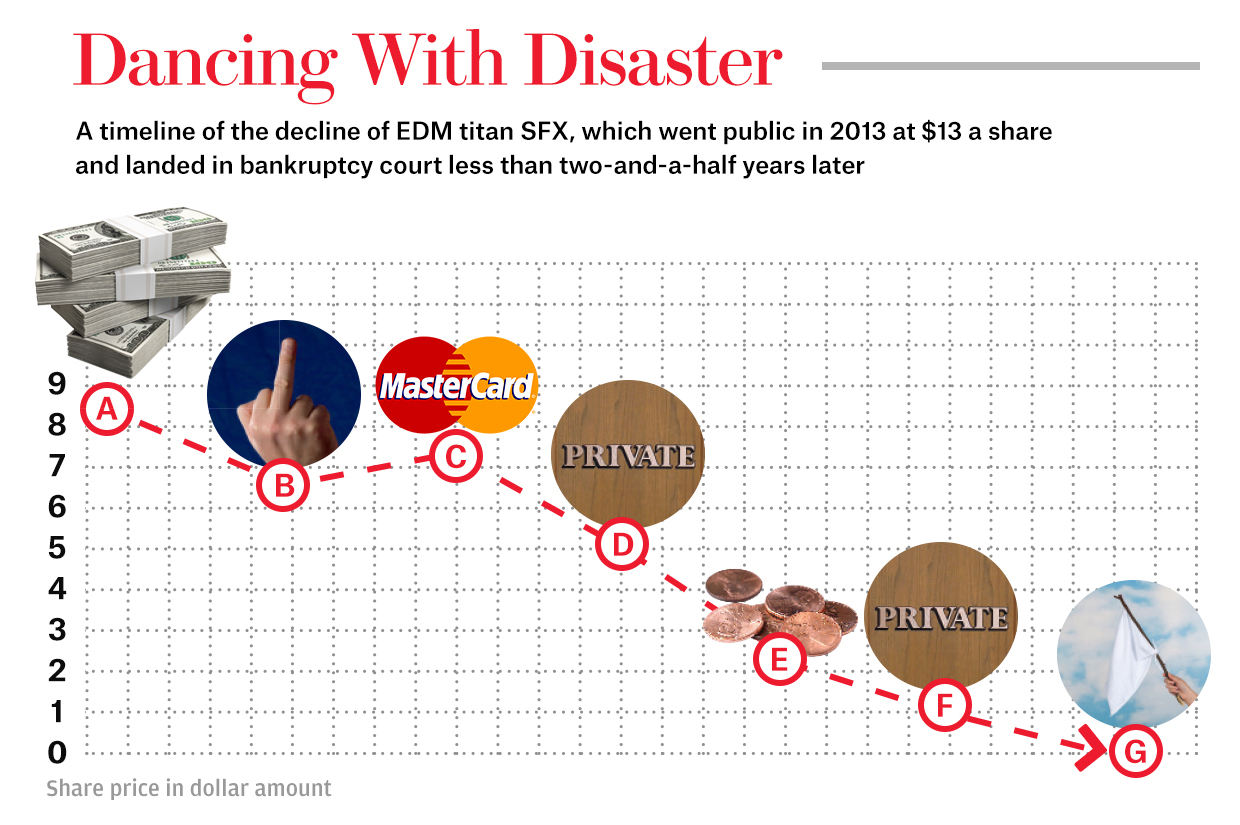 b. March 27, 2014: After a photo of Sillerman flipping the bird goes viral, analysts question the SFX CEO, and the stock falls more than 10 percent to $6.81.

g. Feb. 1, 2016: SFX files for bankruptcy after making a deal with bondholders to cancel $300 million in debt. Its share price falls to 7 cents.

All Quotations And Images: Billboard