And as far as shows go, a Kaskade: Redux show is a true unicorn of the EDM world. In 2016 he’s only played one so far at the Hollywood Palladium despite having played about 25 shows so far this calendar year alone. The year before? Google only really gave me three definitive hits: Do Lab at Coachella, a show in Miami, and EDC Las Vegas.

For house fans in Las Vegas, it does look like your dreams are coming true though. Last week, Kaskade first hinted that he would consider bringing it back and yesterday the man himself confirmed it in a tweet while his official team pin-pointed the location at the “Sky Bridge”.

Anyone else have their “To Do” list done for this weekend? pic.twitter.com/EZHEUEL0TY

Now, if you’ve seen the map of the EDC Las Vegas showgrounds you’ll know it’s a big place and Kaskade’s “To-Do List” doesn’t really do anything for us either except give us that 3:30AM to ‘sunrise’ (I just looked it up it’s 5:23AM) set-time, but thankfully we had another Reddit user chime in on the original thread with a map. 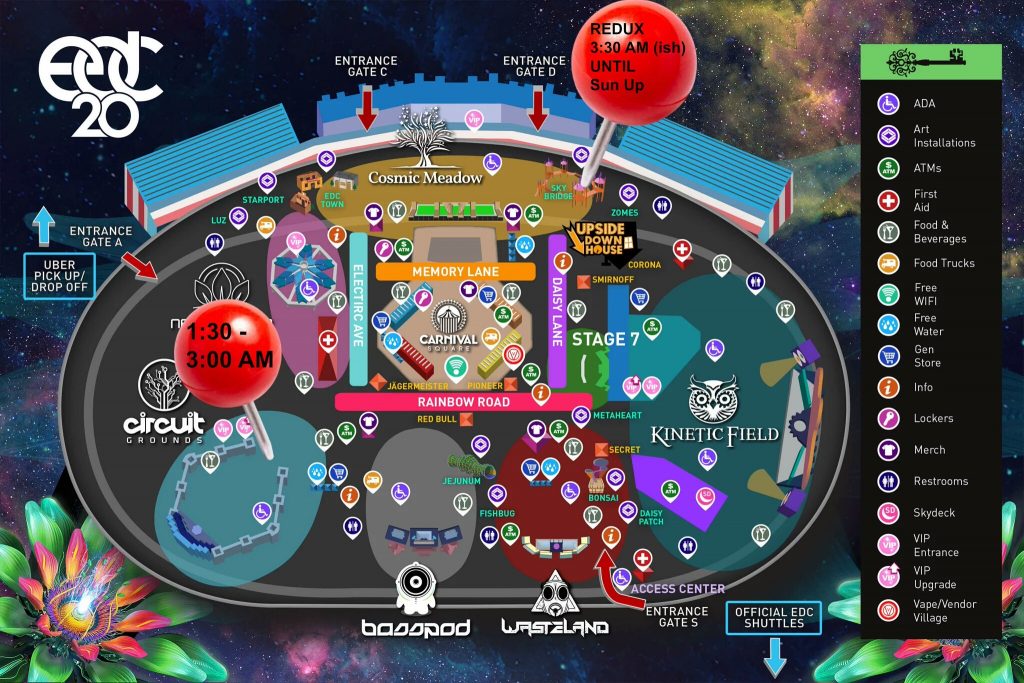 I can’t reiterate just how rare a Kaskade Redux set can be so hopefully you do catch it if that’s something you’ve been chasing for awhile now!