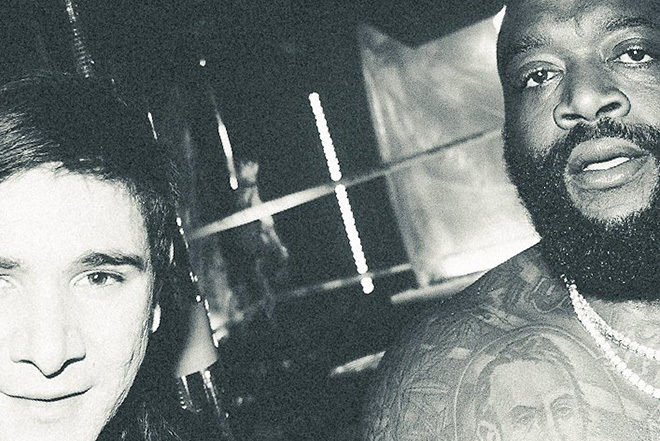 Aside from my love of writing entertainment news and music reviews, I also happen to enjoy the occasional summer superhero blockbuster. From the recent Deadpool and Captain America: Civil War to personal favorites like The Dark Knight and Spider-Man 2, many of these films are incredible installations of motion pictures that show their ability to revitalize comic-book stories onto movie screens across the globe. The latest of these superhero movies, starring Jared Leto and Will Smith, Suicide Squad, has just revealed its soundtrack that includes a brand new collaboration between an unlikely twosome.

Dubstep aficionado Skrillex and Maybach Music boss Rick Ross have teamed up on a new track featured as the first in Suicide Squad: The Album. Although there has been buzz around the two working together, the track called “Purple Lamborghini” has made its rounds in some of the most recent sets of the OWSLA head himself. However, the public won’t be able to truly listen to and own this tune until August 5th which is the same date the movie drops in theaters.

Until then, you can preorder the movie soundtrack available on Amazon here and check out the full album’s tracklisting below.