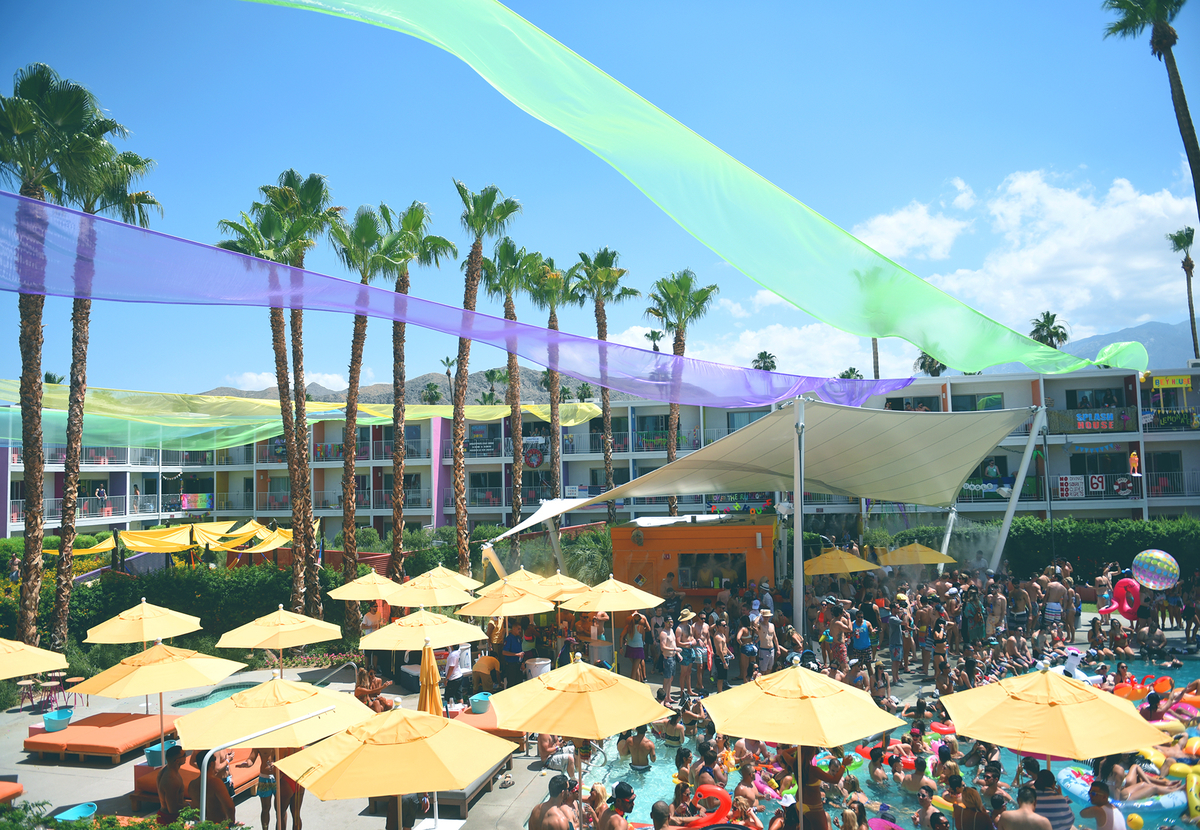 Splash House just concluded its first summer pool party of the year with a mouthwatering lineup of underground and tropical house artists providing a music-filled escape into the desert oasis of Palm Springs, CA.

In its fourth year, Splash House has continued to set itself apart from other festivals by focusing its attention on the music and the experience of its guests. The fun of Splash House doesn’t come solely from the music that is playing but from everything taking place around. From morning yoga sessions to balcony decorating contests to the nightly after-party at the Air Museum, there was always something new to discover.

One of the major highlights of the weekend was the Freelife Takeover at the Riviera’s Tiki pool, a hand-picked and curated stage by the masterminds behind Bixel Boys, Ian McPherson and Robert May. The Freelife Takeover set itself apart from the rest of the weekend’s festivities by producing a more relaxed vibe providing an escape to a house party. In speaking with the Bixel Boys about their stage, they mentioned that they decided early on to have the stage be designed for artists who usually don’t get to play these bigger festivals. For the first day, the stage only featured female acts for whom the Bixel Boys opened for. Female artists Honey and Body Paint murdered the stage. The second day was an homage to the Bixel Boys “No Shirt No Shoes” party they used to throw in LA with surf and disco style vibes.

If you didn’t get a chance to go to Splash House for their June rendition, you still have a chance to join in the debauchery as Splash House returns for their second round of debauchery in August with Gorgon City, Snakehips, MK Lost Kings, SNBRN, Matt DiMona and more. Tickets for August are still available via SplashHouse.com.