by Georgia Modi
in About, Editorial, Events, Featured, Previews

The end of May gave forth to React Presents’ first installment of their Daylight Disco series here in Chicago and it has been charging forward with a fury ever since. Starting off hot with French sensation Breakbot, Daylight Disco moves into its third show on July 23rd with Dirtybird artist Ardalan for another sold out show.

Nothing quite compares to summer time here in Chicago which is why the Cerise rooftop at the Virgin Hotel downtown is the perfect spot to get down to some funky disco in these summer months, even if we only get a few of them.

Even if you snoozed on the upcoming event don’t worry, there are still two more events being held this summer in both August and September with Twin Shadow and DJ Supermarkt. Tickets are available here! 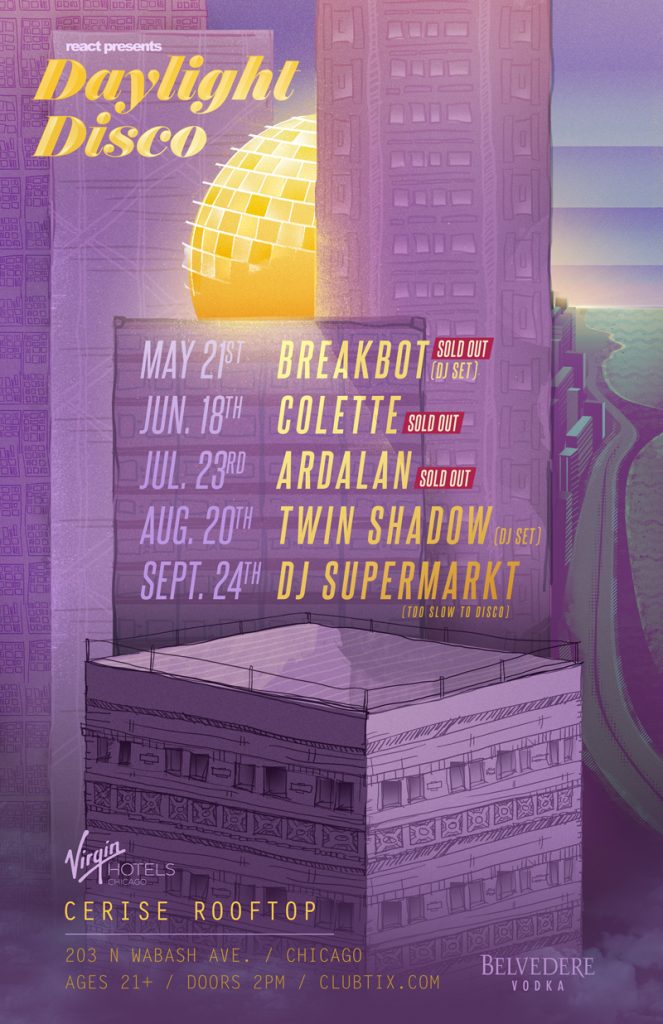 The Disco Fries Reconstruct a Classic From The Killers

DEA Releases Guide To ‘Raves,’ Proves How Out Of Touch The Agency Is

DEA Releases Guide To 'Raves,' Proves How Out Of Touch The Agency Is