You read those jaw-dropping numbers correctly my friends. Glastonbury 2016 came to an end on Sunday evening following performances by M83, Grimes, LCD Soundsystem, Adele, Muse, Disclosure, and more which gave way to a mass exodus of festivalgoers on Monday following five heavy days of partying.

In case you’re wondering, approximately 135,000 festivalgoers showed up for the festivities and promptly left behind approximately 1,022 tonnes of recycling, 57 tonnes of reusable items, an obscene amount of lawn chairs (judging by the photos at least), and most staggering of all – 500,000 plastic bags of garbage. Just let that sink in. 500,000 plastic bags worth of garbage. 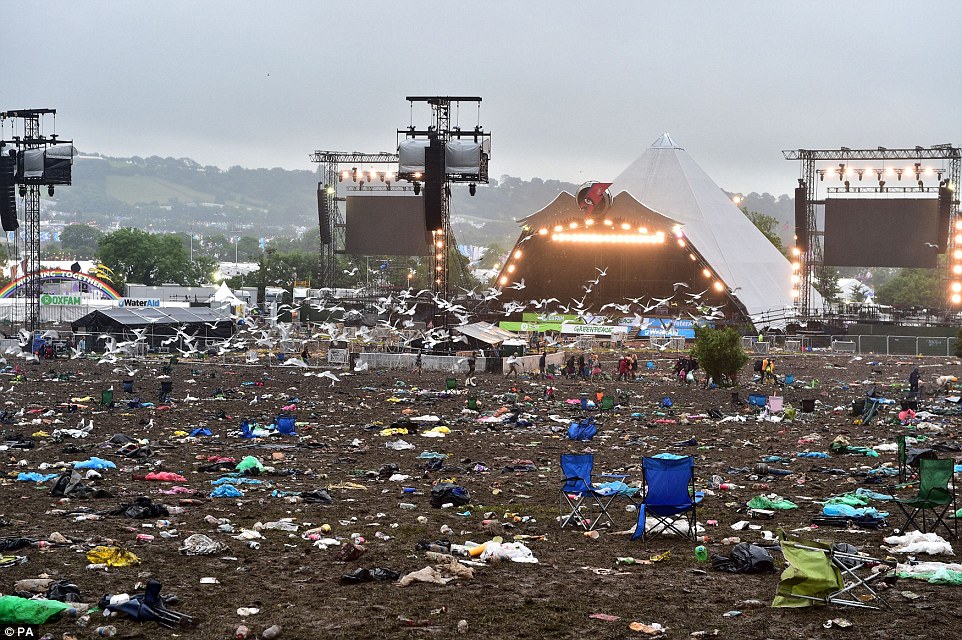 The Glastonbury clean-up team is impressive enough already but I think they might have met their match with Glastonbury 2016. The team boasts 1,800 cleaners covering the 1,000-acre Worthy Farms. If they spread out to cover the grounds with two cleaners per acre, which is slightly smaller than a regulation football field, that might not sound too terrifying from the safety of your desk, but when you remember that there’s 500,000 garbage bags worth of trash to be picked up you’ll probably start to feel a little sorry for the clean-up crew.