DEA Releases Guide To ‘Raves,’ Proves How Out Of Touch The Agency Is

The substantial cultural and mental divide between rave-goers and the Drug Enforcement Agency has long been known as a prime factor in the disagreements between the two parties. Some believe that these misconceptions on the part of the DEA have led them to manufacture a sharp and continually evolving conflict between the general populace and ravers. Regardless, the full extent of their perspective on the issue has never been presented as clearly as in a 2001 research document, recently unearthed from website MuckRock.

The DEA released a startling report on the activities and tendencies of ravers after a request was submitted by the FOIA. The “Rave and Club Culture/Designer Drugs” document attempts to describe the various influences and subgenres that define the modern dance music community. From loose depictions of ravers’ clothing and listening habits to a strange concentration on Bay Area activities, the document is incredibly transparent in its lack of significant research or accuracy.

Below, you’ll find several excerpts that show just how out of touch the DEA is with the raving scene. To read the document in full, click here. 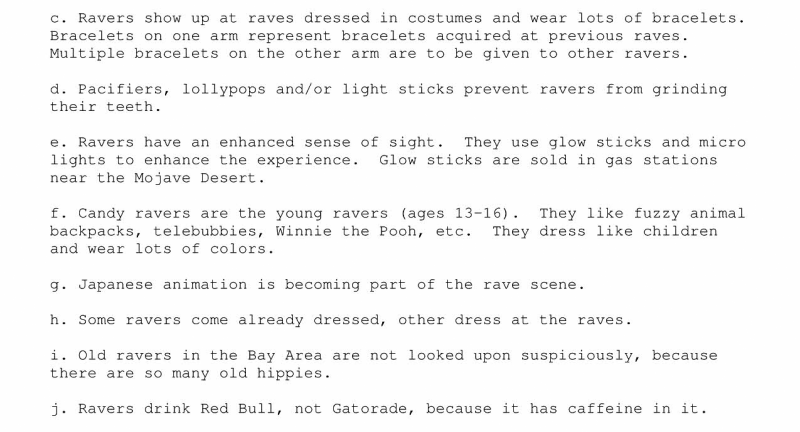