Everybody can always do with more Matoma in their life! The Norwegian house music star has just dropped another single from his ongoing album Hakuna Matoma, while also announcing a huge new North American tour for 2016!

“False Alarm” features the vocals of singer/songwriter Becky Hill, known for her work with Oliver Heldens and Rudimental. Right from the start, her vocals ring clear and true while Matoma brings the good vibes with his usual blend of happy-go-lucky house music and tropical influences.

In addition, Matoma has announced that he’ll be hitting the road and returning to North America this fall on a tour bus packed with other house DJs including Cheat Codes, Steve Void, and BAYNK. The tour kicks off September 14 and ends October 22. There are plenty more supporting acts TBA, so don’t give up hope if you think there might be another artist that would fit this lineup! All in all, the tour will run for 27 dates coast to coast at some of the top venues in the US and Canada. 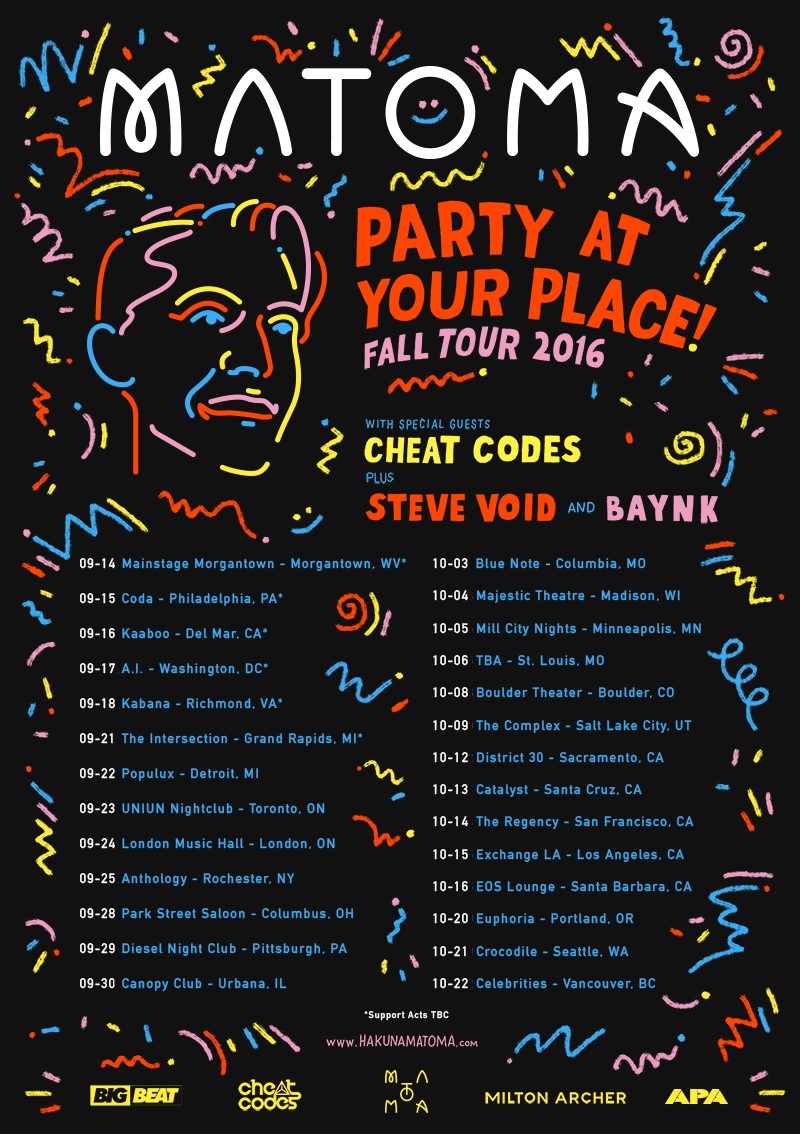 Daft Punk Gets Their Own ‘Where’s Waldo’ Graphic

Daft Punk Gets Their Own 'Where's Waldo' Graphic