The 20th installment of Electric Daisy Carnival in Las Vegas this June was defined by its overwhelming production, its diverse and expansive array of performing acts, and the almost spiritual energy that seemed to emanate from every corner of the Speedway. It was the combination of the fantastical, larger than life arrangement of the festival and the dedicated base of attendees both returning and new that allowed the magic of EDC to come alive once again. 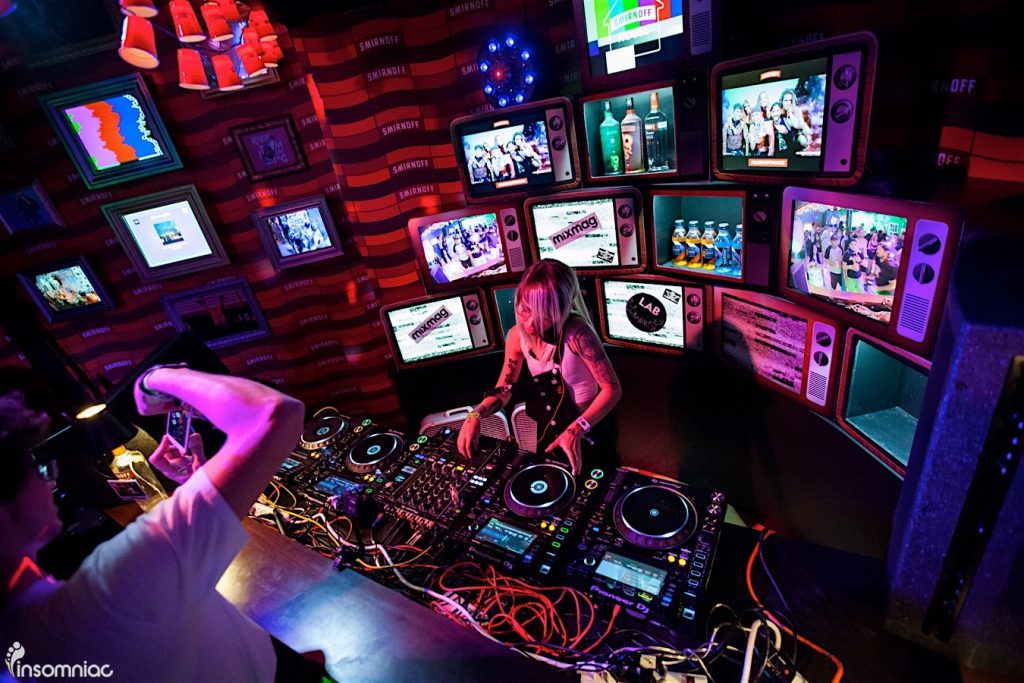 The inclusive and familial atmosphere that surrounded the festival grounds was cultivated, in large part, by live stream host and stage curator Smirnoff, a longtime contributor to and supplier of dance music’s most esteemed events. This year, the company’s involvement was taken to an entirely different echelon as it provided not only the festival’s official live stream, but an independent stage with a full DJ lineup and even the service and reception for one of EDC’s very first same-sex weddings. Smirnoff’s presence at the Speedway gave fans, prospective newlyweds and those in need of a cool drink and a fresh environment alike a proper EDC experience, whether inside the Smirnoff House, the Chapel of the Future or at home.

With the advance of live streaming technologies and the ever-rising attendance numbers at the country’s major music festivals, the desire for those at home to tune in to the festivities has spawned an entirely new market within the music industry. By deploying dedicated video crews to film the biggest stages and performing acts, the energy from events like Coachella, Ultra and Tomorrowland can be brought into the living rooms of an entirely separate global audience. It was with this idea in mind that Smirnoff spearheaded EDC’s extensive live stream platform this June, giving fans around the world the opportunity to participate in the action at the biggest and most attended stages. 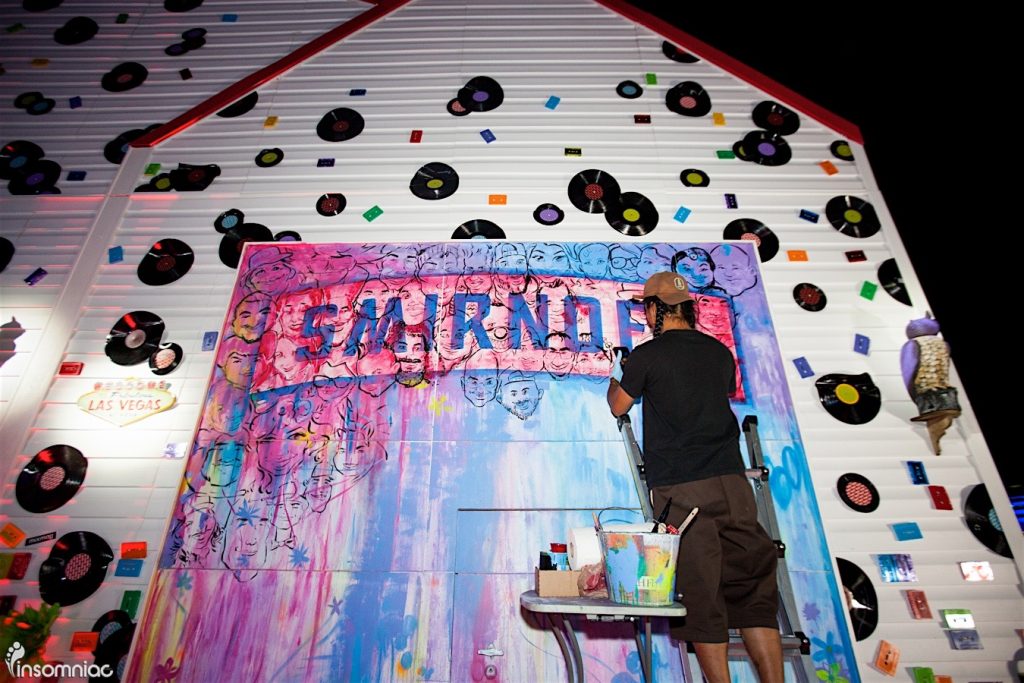 From the unending crowd at kineticTEMPLE to the more intimate and specialized neonGARDEN, bassPOD and wasteLAND stages, users on Youtube, Insomniac.com, LNTV.com and the official EDC Facebook page were treated to towering shots of the spectacle throughout all three nights. The sheer amount of angles and positions that were taken when filming the performances were enough to completely immerse those at home in the high-flying sights and sounds of the proceedings. In the comments, fans were unceasing in their support for the music being played and for their own country’s presence at the festival, extending the feelings of unity and excitement far past the boundaries of Las Vegas.

As viewers at home enjoyed sets from the comfort of their couch, those at the festive Smirnoff House stage were presented with a unique alternative to roaming the Speedway. Past the white picket fence and the flower-strewn garden, entrants were greeted to a colorful and decorated interior where a complete lineup of DJs from far across the dance music spectrum played out their most lively tracks throughout the evenings. The House’s presence at EDC came as the very first introduction of the concept to the American festival market and a precursor to the rest of the events it will touch down for as the season continues. 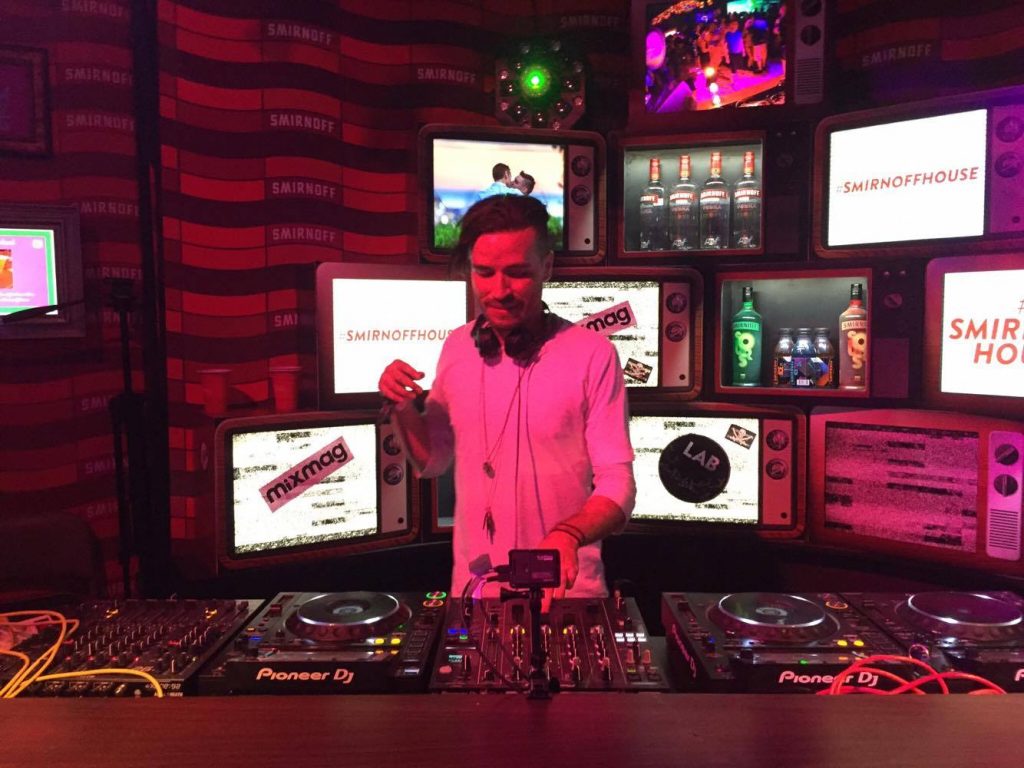 Drinks, including Smirnoff’s brand new, shake-resistant Ice Electric Flavors and Smirnoff Sourced flavored vodka, were served to those inside the House, while the option to use personal charging stations, wifi, a photo booth and other activities was made available. The ever-evolving lineup of artists like Martin Solveig, Ookay, LondonBridge, Lane 8, UMEK and even a special appearance by Jauz led attendees to linger for hours at a time, creating a unique atmosphere indoors that rivaled some of the most explosive sets elsewhere in the festival.

As a final testament to the brand’s commitment to fun and inclusivity, the Smirnoff House was used as the reception floor for one of the very first same-sex weddings to take place on EDC ground. 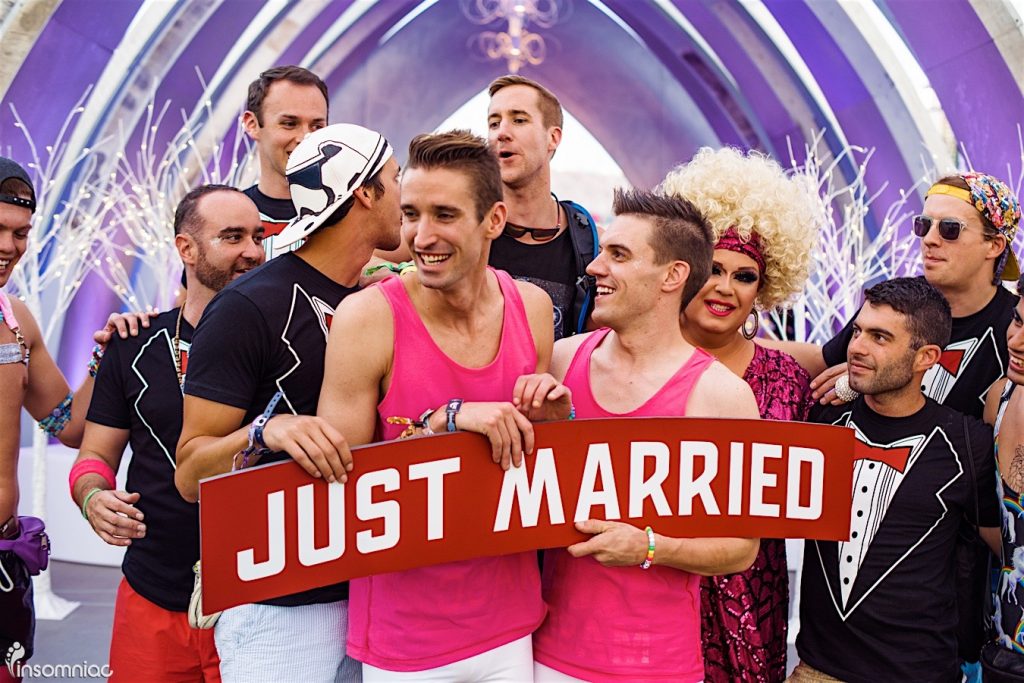 On June 26, 2015, only days after the previous EDC installment, the Supreme Court ruled same-sex marriage a legal and protected right in all 50 states. Now that a year has passed, and the ruling is in full effect, Smirnoff was proud to host one of the very first same-sex weddings at the festival. On Saturday evening, under the neon-lit arches of the Chapel of the Future, couple Chris and Skye were married in front of a close group of friends and loved ones. With the help of Smirnoff, they were then taken back to the House for a full-fledged celebration.

The culmination of each of Smirnoff’s efforts at the Speedway was a weekend experience that highlighted the most inclusive and exciting aspects of the dance music community. From providing the world outside of Las Vegas with a firsthand look at the proceedings to the marriage of Chris and Skye, each of the pursuits resulted in a more involved and closely connected group of fans and friends. Until 2017 and EDC’s next installment reaches the Speedway, attendees will wait anxiously for what’s sure to be a thrilling and even more revolutionary year for the brand.