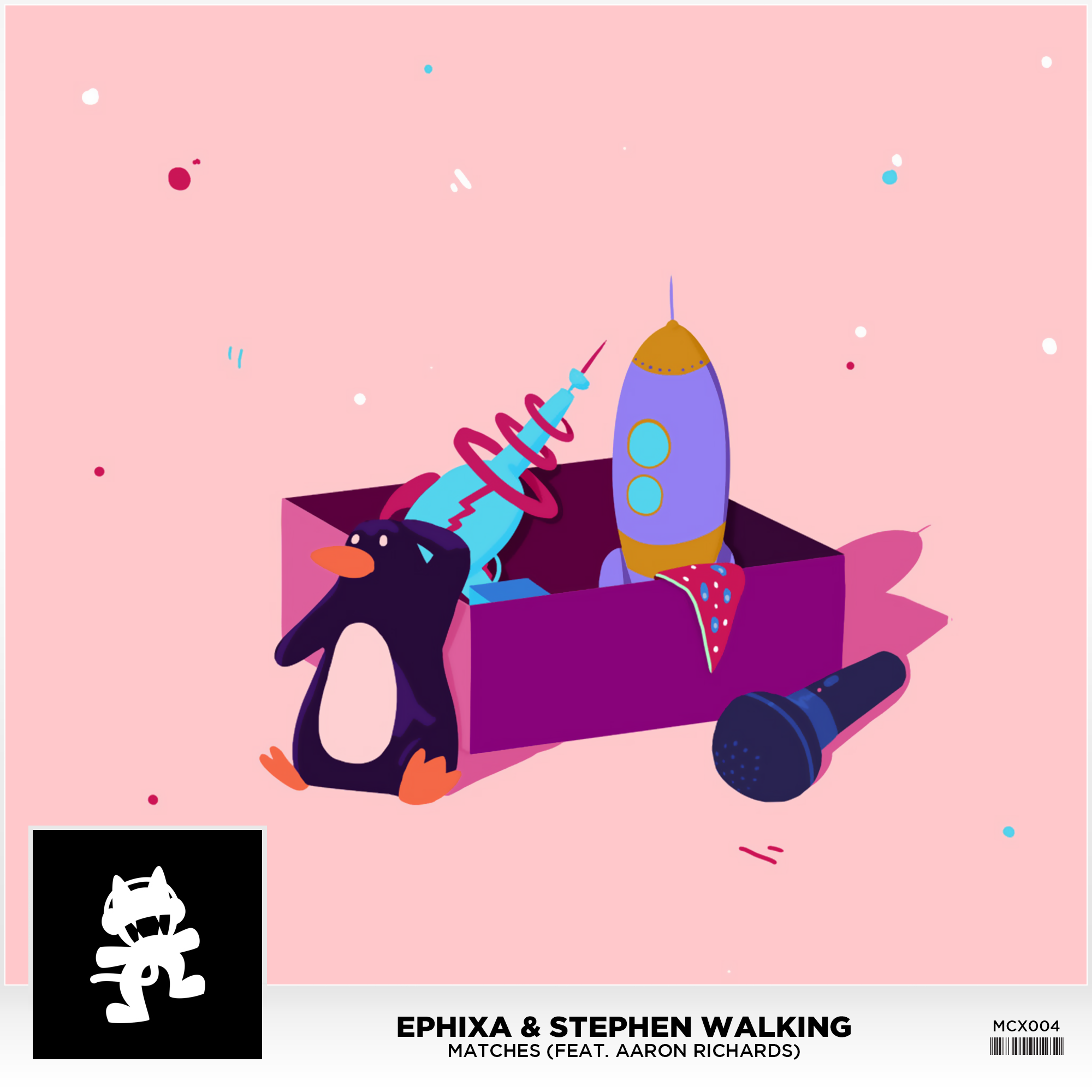 Nearly 4 years after his last Monstercat release, Ephixa has returned. His big comeback – “Matches” – is the first single on Monstercat’s 5 Year Anniversary compilation. Such a monumental return definitely makes for a fitting kickoff to Monstercat’s anniversary celebration. However, Ephixa isn’t alone of this release, bringing along label veteran Stephen Walking and vocalist Aaron Richards. The last time the two producers collaborated was on “Substance” in 2012.

“Matches” is everything you wouldn’t expect to be in a “Substance” followup. Not only does the track show maturity in its mixdown and production, but it fires off into a completely different sound entirely, with Stephen Walking and Ephixa diving into deep house.

Originally titled “Old Dennis,” the collaboration was originally previewed in Ephixa’s Wip Rip Reel over a year ago. At the time, Ephixa stated that the track would “most likely never” be finished. It seems that Aaron Richards was recruited at some point along the way before Monstercat made the decision to release the track. We’re definitely glad they did!

Listen to “Matches” below and get a free download by signing up here: